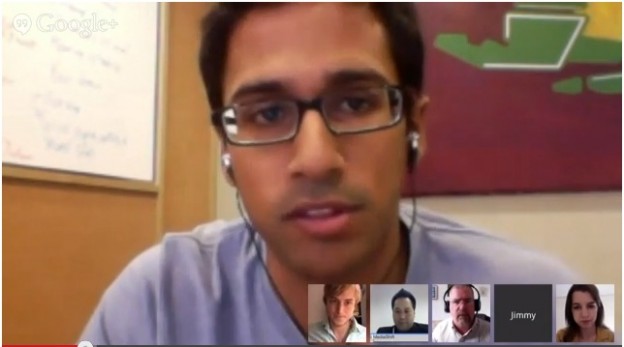 Last week, the YouTube comments section got a facelift. Now, according to the YouTube announcement, commenters must link their accounts to Google+ profiles. Comments will also be listed in order of relevance instead of the most recent first, allowing spammy and unproductive comments to fall to the bottom. The comments section of YouTube is infamous for its outpouring of uncivil commentary — largely believed to be fueled by anonymity — but the new policy has inspired widespread controversy. YouTube is not the only digital media outlet that is struggling to find a balance between free and civil speech in its comments section. Many media sites may be worried that comment moderation blurs into censorship; the alternative is a lawless zone of hate speech under the outlet’s digital roof. Joining us to discuss moderation ethics is Mathew Ingram of GigaOm.com, The Huffington Post’s Jimmy Soni and Poynter’s Sam Kirkland. Regular guest Andrew Lih of American University will host in Mark Glaser’s absence.

Mathew Ingram is currently a senior writer at GigaOm.com, where he writes about the evolution of media and content, including social media, Google, and the web in general. Previously, he worked for The Globe and Mail, a daily national newspaper based in Toronto, where  he was a “communities editor,” aimed at helping make it easier for readers to interact with the paper and its writers and content. You can follow him on Twitter, as well as on Facebook, and on LinkedIn.

Sam Kirkland is Poynter’s digital media fellow, focusing on mobile and social media trends. Previously, he worked at the Chicago Sun-Times as a digital editor, where he helped launch digital magazines and e-books in addition to other web duties. He also served as a copy editing intern at the Poynter-owned Tampa Bay Times via Dow Jones News Fund. A Midwest native, he graduated from Northwestern University with a master’s from the Medill School of Journalism and still lives in Chicago. Follow him on Twitter @samkirkla.

Jimmy Soni is the Managing Editor of the Huffington Post Media Group. He has worked as a speech writer and policy aide in Washington, DC. He is also the co-author of a biography on Cato the Younger called Rome’s Last Citizen: The Life and Legacy of Cato, Mortal Enemy of Caesar.

YouTube’s announcement that it would moderate the comments section of its site more vigorously — with linked Google+ profiles, relevancy ordering, and options to approve comments — was met with fiery criticism. Reddit users pelted a Google forum with more than 400,000 posts, jointly complaining of the loss of anonymity and the Google+ requirement. But there’s an important caveat to YouTube’s decision: though commenters must use Google+ profiles, the name that appears next to YouTube comments can be a different username. Regardless, a Change.org petition has garnered over 120,000 signatures against the new policy, largely citing a desire for anonymity. Many accused YouTube of promoting a social platform that has competed with Facebook to little success. Will the new comments system bellyflop, or will consumers accept it with time? Did YouTube make the right decision?

Many news media outlets have struggled with the fairest way to moderate comments. The New York Times made first steps toward greater user accountability in 2010, when it began requiring commenters to create personal Times accounts and allowed users to sort comments by options other than recency. Since then, the media forerunner has made tweaks to its commenting policy to strive for civil yet free discourse. Other news outlets, including The Washington Post and the Huffington Post, have unveiled similar policies in recent years, designed to limit the trolls and encourage smarter discourse. In September, Popular Science simply did away with its comment section all together. But where is the line between moderating comments and censoring them? Is it fair to force commenters to pair their thoughts with their real identities?