The State Decoded: Don’t Let Perfect Be the Enemy of the Good 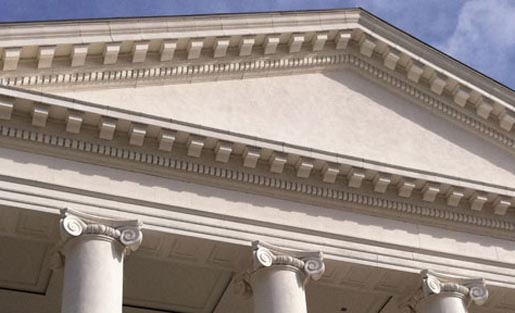 The State Decoded aims to create a platform to display laws in an understandable way, using the data already present in those laws.

The basic concept behind The State Decoded is both simple and obvious: Create a platform to display laws in a nice, understandable way, using the data already present in those laws. So why hadn’t anybody done it before?

Because it’s too hard to do perfectly.

"The State Decoded is the third best system. The second best doesn’t exist yet, but I look forward to somebody creating it and obviating The State Decoded. The best may never come. And that’s OK."

The State Decoded is not perfect, by design. Its definition scraper may never identify 100 percent of defined words within legal codes, because legislators are inconsistent about how they write laws. Cross-references will not always been identified and linked, because legislators are inconsistent about how they write those, too. Some laws’ hierarchical structures may not be indented properly, because they’re labelled inconsistently. The State Decoded’s interface with court ruling APIs may never return only the court rulings that affect a specific law, as opposed to rulings that merely mention a law, because courts don’t provide metadata.

I’m not sure that it’s technologically possible, at present, to solve these and a dozen other problems inherent in The State Decoded. Some very bright minds have looked at creating a State Decoded-like system over the past few years, and decided against it because of insurmountable obstacles. They were right about the scope of the problems, but I think they were wrong to conclude that they shouldn’t proceed anyway, and create a system that’s 99 percent of the way there.

Just look at a few state code websites. I picked a few out at random: South Carolina, Missouri, New York, and Maine. These are awful. Just terrible. The percentage of citizens who are capable of navigating and understanding these is a rounding error. Having embedded definitions for 99 percent of legal terms, cross-references linked 99 percent of the time, and linked court cases that are good-not-great — that’s all far, far better than what the citizens of these states have access to right now.

Sir Robert Alexander Watson-Watt, the radar pioneer who created England’s system to detect approaching Luftwaffe, said of England’s radar system: “Give them the third best to go on with; the second best comes too late and the best never comes.”

The State Decoded is the third best system. The second best doesn’t exist yet, but I look forward to somebody creating it and obviating The State Decoded. The best may never come. And that’s OK.

Waldo Jaquith has been a website developer for 18 years and an open-government technology activist for 16 years. He holds a degree in political science from Virginia Tech and was a 2005 fellow at the Sorensen Institute for Political Leadership. He and his wife live on a small farm near Charlottesville, Va., where he works for the Miller Center at the University of Virginia. He was received a “Champion of Change” award at the White House earlier this month.

This post originally appeared on The State Decoded blog.