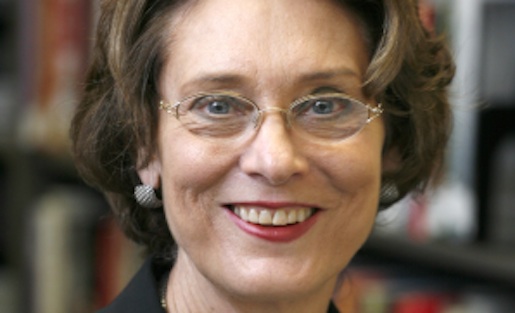 When Marguerite Sullivan started the Center for International Media Assistance (CIMA) in 2007, she said she faced skepticism as to whether the U.S.-based organization could help advance media development worldwide.

"You need high standards of media literacy when literally anyone can be a citizen journalist." - Marguerite Sullivan

But since its launch, CIMA, which is part of the National Endowment for Democracy, has been helping independent news outlets and foundations navigate the ever-shifting media landscape through in-depth reports on media research, by creating a bibliographic database of resources related to international media assistance and by mapping digital media around the world. (Disclosure: CIMA is a partner of IJNet, where this post originally appeared.)

Sullivan began her career as a journalist, served as president of the Washington Press Club and held posts in the White House and other federal agencies. As she departed CIMA last month to become an independent media development consultant, Sullivan talked with IJNet about the global media landscape, how newsrooms are adapting to digital disruption and the challenges independent media face.

IJNet: How have independent media been adapting to global digital trends?

I came to NED to start CIMA seven years ago, and the biggest and most dramatic thing that has happened has been digital media. It certainly was around seven years ago, but its impact on media all over the world has been absolutely dramatic.

With a majority of content shifting to online and mobile devices, today journalists have to be proficient on many platforms. When I started out, you were either a newspaper, radio or TV reporter.

IJNet: Is there a particular region or country that’s been an interesting case study for how independent media are changing?

One place that has multiple environments of media is Africa. There are parts that haven’t yet reached the digital age, that don’t even have radio, and some parts where radio is the only main line to get information. Then there’s the explosion of mobile technology in Africa where people get a majority of their information on [mobile] phones. They skipped the whole landline era.

There are a lot of startups going straight to digital and…mobile. That’s occurring all over the world, but there’s still one thing that should remain constant, and that’s the basics of being a good reporter — being unbiased, verifying information, using multiple sources, opinions and voices. The standards for a good journalist that we had 10 years ago, 100 years ago, remain the same today.

IJNet: With all of these changes, what are the most constant problems you see independent newsrooms face, and how do you think they’ll be solved?

Independent media is not just about keeping to the professional standards of journalism … There also needs to be a strong and supportive legal environment for journalists with freedom of information laws that are in operation and that people can understand. Often they’re on the books but they’re not put into effect.

…You need high standards of media literacy when literally anyone can be a citizen journalist. The public needs to be very discerning with what they read and believe. Sustainable business models are certainly facing big challenges since the whole support of media through advertising has changed … with so much media transitioning to digital platforms. Advertising certainly still exists, but pays much less for digital news than traditional newspaper [ads did in the past].

IJNet: Are there any particular projects or news startups that you’ve been following?

One that I find very exciting is the work of the African Media Initiative. It has a number of different funding trees and several different projects going on, like the African Story Challenge, where they’re bringing together the best ideas in digital media and trying to incubate those to get them further developed.

There are also a number of networks being set up for investigative journalists around the world. An upcoming Global Investigative Journalism Conference in Rio de Janeiro, Brazil, will bring out a lot of interesting projects [that are] going on between journalists, and the more collaboration there can be, the better.

IJNet: Any advice for those in the independent media field?

We need to look holistically and see that this is a field that has many parts. It’s a puzzle where all the pieces have to fit together — media literacy, a strong supportive legal environment for journalists, a government system that’s open to transparency and professional journalists, and a sustainable environment for media. Those are all very key pieces of the puzzle to reach an environment with freedom of expression and independent media.

The post originally appeared on the International Journalists’ Network’s site, IJNet.org. IJNet helps professional, citizen and aspiring journalists find training, improve their skills and make connections. IJNet is produced by the International Center for Journalists in seven languages—Arabic, Chinese, English, Persian, Portuguese, Russian and Spanish—with a global team of professional editors. Subscribe to IJNet’s free, weekly newsletter. You can also follow IJNet on Twitter or like IJNet on Facebook.