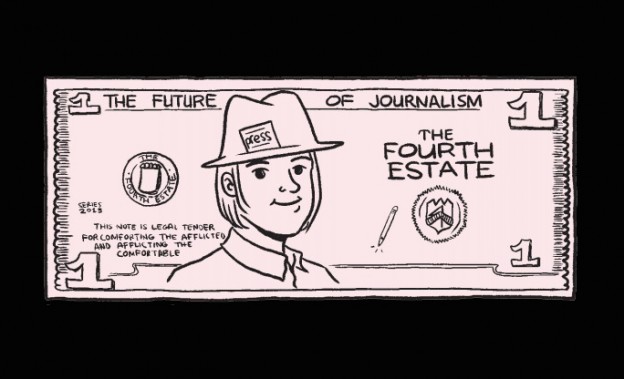 Revenue at 18 non-profit news organizations increased by nearly 30 percent from 2010 to 2012, according to a study released today by the Knight Foundation. The Center for Investigative Reporting recorded the highest revenue in 2012 at $12.1 million; that includes $4.9 million in donor revenue from its merger with The Bay Citizen.

The study, “Finding a Foothold: How Nonprofit News Ventures Seek Sustainability,” examined local news organizations, state news organizations and publications that largely work on investigative projects. It’s a follow-up to a sustainability study the foundation conducted two years ago, which found eight local startups could prosper when they balanced investments in editorial activities with business development, technology and marketing.

“Finding a Foothold” shows non-profit news organizations are diversifying their revenue streams just like the startups: They’re decreasing their reliance on foundation support (the Knight Foundation also funds many of the news organizations in this study) and increasing their earned revenue streams. Syndication was by far the fastest-growing source of earned revenue, with money also coming from corporate sponsorships, events and advertising.

“Among the clear front-runners are those that are constantly experimenting and challenging assumptions around who their audience is and what they care about,” said Mayur Patel, Knight Foundation vice president for strategy and assessment, in a news release.

For example, The Lens (out of New Orleans) benefited from cutbacks at The Times-Picayune, the local newspaper that stopped daily printing. Sensing a news void among its city residents, the Lens stepped in to fill it. Increasing audience traffic makes the Lens more attractive to advertisers, a source of earned revenue, and thus more sustainable.

But while the Lens, the Rapidian (out of Grand Rapids, Mich.) and New Haven Independent (out of New Haven, Conn.) all more than tripled their unique page views from 2010 to 2012, according to web analytics, monthly visitors to the Voice of San Diego dropped by more than a third when Yahoo stopped featuring the organization’s headlines on its homepage. That shows the importance of news partnerships and syndication to the sustainability of a non-profit news organization.

The study finds the average reader spends just more than two minutes looking at the 18 non-profit news organizations’ websites. That’s not a lot of time to monetize an audience, especially one with a 68 percent chance of bouncing from the site after reading only one page. However, non-profit news organizations that focused on state and government politics saw steeper web traffic increases between 2010 and 2012 than their local news counterparts. VTDigger, a project of The Vermont Journalism Trust, increased web traffic from fewer than 10,000 unique visitors at the start of 2010 to over 80,000 at the end of 2012.

There is also a growing trend of social referrals driving traffic more than search engines, which suggests greater engagement. The Rapidian, the Lens, Wyofile (out of Wyoming) and the Florida Center for Investigative Reporting received more than a quarter of their traffic from social media referrals.

But web analytics aren’t everything, the study says. Consider the fact that ProPublica and the Center for Investigative Reporting both raised more than $10 million in 2012 and their metrics exhibit severe peaks and valleys. That’s because they don’t publish as frequently as local and state outlets. The peaks usually coincide with the breaking of a national news story or new database.

For these organizations in particular (though the study recommends all non-profit news organizations following this approach), measuring repeat user engagement instead of just unique visitors becomes important. MinnPost in Minnesota uses Quantcast, a digital advertising company, to estimate the number of users who visit the site more than twice a month.

“Finding a Foothold” advocates determining repeat users so the organization will be “better positioned to raise dollars from both institutional and private sources.”

Overall, the Knight Foundation’s study found that the most sustainable non-profit news organizations constantly redefine their audiences and incorporate that feedback when pitching sponsors and membership programs; they strive for diversity in funding and build partnerships to reach a broader audience and develop another revenue stream in syndication fees.

Paige Cooperstein is a MediaShift intern. She freelances as a culture reporter and has her master’s in arts journalism from the S.I. Newhouse School of Public Communications at Syracuse University. Paige has interned in New York City with Vanity Fair, and is fresh off covering the School of Art at Chautauqua Institution in Western New York. While not working, Paige holes herself up to watch marathon amounts of TV. She streamed seven years of Buffy the Vampire Slayer in two months.