How to Connect Community Radio Stations in Indonesia 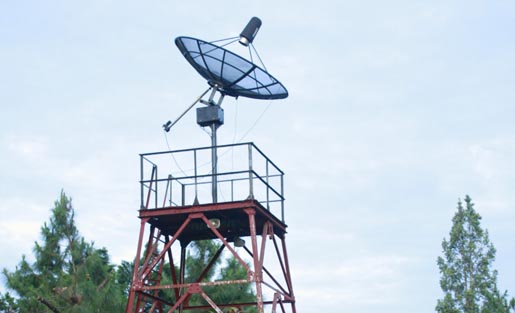 In Indonesia, hundreds of radio stations are organized under voluntary consortiums. Images courtesy of ArdVar on Wikimedia Commons and used here under the Creative Commons license.

Worldwide, media outlets are increasingly mastering two-way communications channels. Radio and television stations are equipped to receive text messages, phone calls, and social media inputs. Staff can then decide to respond over broadcast, or back through the incoming channel. Yet these communications are often restricted to a single node — one community radio station, or a single television outlet, connecting to its own audience. There are often gaps in transmitting that information to other outlets that might also find that information relevant.

"In the long term, radio stations might be able to share information directly with sister outlets, or receive and verify reports from community information brokers."

To take a specific example, there are thousands of community radio stations in Indonesia. While many are able to communicate in two-way channels with their audience, there is no standard service to share breaking news and other important information with other nearby stations. There is, in essence, a knowledge transfer gap between each singular node.

We propose that this problem can be addressed, and that Indonesia holds a particularly interesting possibility, because a structure exists that could relay information between relevant stations. Namely, hundreds of radio stations are organized under voluntary consortiums; the organizing bodies of these consortiums can serve as a hub to coordinate information to its various member stations. In developing such a network, we could create a wire service of sorts for low-bandwidth environments.

Organizing such a wire service could be done with FrontlineSMS, enabling local radio stations to exchange SMS, or text messages, with one another or with their parent organizing body. Further, the SMS can be broad enough to allow communities to participate in creating and reporting news via community information brokers. The mechanism would create a dynamic, community-focused news network that will allow for the rapid transmission of critical information across a given region.

We could organize a pilot as follows: As a community radio station learns information that may be relevant to others, they can send a short message to the consortium headquarters. From there, staff can forward the message to any other member station that could be potentially affected by the news. This might include emergency alerts, news about government service delivery, or even off-air collaboration about common challenges. In the long term, radio stations might be able to share information directly with sister outlets, or receive and verify reports from community information brokers.

Even a small pilot project could connect hundreds of radio stations in this manner, with a reach of thousands of listeners. Best of all, this type of network can scale by connecting a variety of information nodes with simple, easy-to-use tools. It doesn’t rely on high-tech or high-bandwidth needs. The result would create unprecedented coverage capabilities, and build a stronger sense of connection across thousands of island communities.

This story originally appeared on the FrontlineSMS blog.

Trevor Knoblich works as Project Director for FrontlineSMS, a 2011 Knight News Challenge winner. He began his career as a federal policy reporter in Washington, DC, then spent 5 years working as a humanitarian specialist. He currently works on issues at the intersection of journalism, technology and developing countries. At FrontlineSMS, he is building tools to help journalists and media outlets around the world improve their ability to gather, track and share news.

Harry Surjadi is a Knight International Journalism Fellow. He is the founder and first executive director of the Society of Indonesian Environmental Journalists (SEIJ). He has worked as a reporter and editor covering agriculture, technology, and the environment for 20 years.