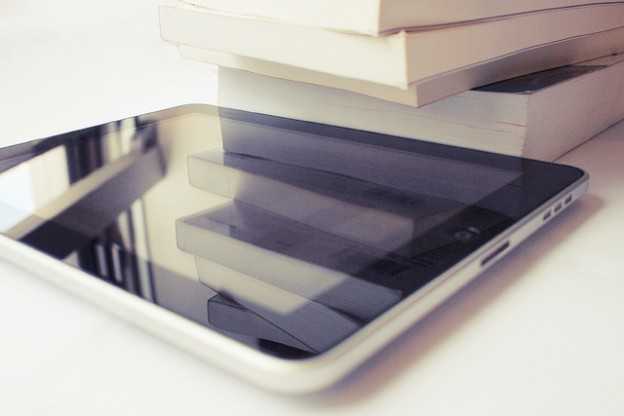 Photo by Ownipics on Flickr and used here with Creative Commons license.

The rise of self-publishing as a viable economic model for authors has started to disrupt the book publishing business — and nobody has benefited more than so-called “hybrid authors.” Allow me to explain.

Click the image for the full series. Photo by Nick Heer on Flickr and used here with Creative Commons license.

"The No. 1 thing hybrid authors like about self-publishing is creative control."

Publishers are not only contending with increased competition for readers’ attention, they are finding now more than ever that they need to work to attract new authors and retain established ones. It used to be that the best authors would be able to choose between competing publishing houses. Today, every author has yet another option: Do it themselves.

For authors who don’t have a choice, so to speak, self-publishing is the path to audiences that didn’t exist even five years ago. Hence, hundreds of thousands of new books that never before would have been “published” are available through Amazon and at dozens of other places.

From within this maelstrom, a new kind of author has emerged, one who is much savvier about her prospects in the publishing industry; one who works hard to understand the economics of publishing and make smart decisions; one who knows how to take the job of being an author seriously and market her books like the lovechild of Malcolm Gladwell and Don Draper.

We call them hybrid authors.

Hybrid authors are those who have both published a book with a traditional publisher as well as self-published. Undoubtedly, not all of them are savvier than all other authors, but recent research from Digital Book World  (where I am editorial director) based on a survey of nearly 5,000 authors showed that, in aggregate, they are better at marketing their books, have more nuanced and sophisticated views on the publishing industry, have a higher sense of their value and, ultimately, make more money from their writing than other kinds of authors (including self-published, traditionally published and aspiring authors).

This summer, we followed up with these hybrid authors to find out what they want from publishers and what they think about a range of issues.

So, what do these authors want from publishers?

The No. 1 thing hybrid authors like about self-publishing is creative control.

The lure of self-publishing is thought by many to be money. Why would authors take only a small percentage of the revenue from book sales when, if they do it themselves, they can take the lion’s share? At least, so goes the thinking. In fact, when asked what their No. 1 priority was when publishing a book, only 12 percent answered “to make money from my writing,” making it the fourth most popular answer. (The top three answers, in order of popularity, were “to build my career as a writer,” “to satisfy a lifelong ambition,” and “to write something that people are willing to buy.”)

While much of the debate around what publishers should be doing for authors in light of self-publishing centers on money, it should really focus on other issues — like creative control.

When authors self-publish, they get to control every aspect of the process, from the words inside the book to the cover design to the price and everything in between. Some authors believe that they know how to do these things better than publishers — that they know their audiences better; others just want their voice heard. After all, if you’ve spent months or years writing something, fantasizing about what will happen when it hits bookshelves, you might want to have some say on what shape it’s in when it gets there.

Photo by mobilyazilar on Flickr and used here with Creative Commons license.

While creative control for creative people in a creative industry is important, there is one thing hybrid authors want more than anything else from publishers: distribution. When deciding whether to publish or self-publish, the No. 1 determining factor that made authors consider to go with a traditional publisher was reach of distribution — specifically, a publisher’s ability to get a print book into bookstores.

Nearly 30 percent of all book-publishing revenue in the U.S. was e-books through the first four months of this year, according to the Association of American Publishers. Still, that leaves a vast majority of the revenue going to print and a huge chunk of print books are sold through bookstores. And the most reliable way for authors to get their books into bookstores is through a traditional publisher that has established sales channels into stores.

Bookstore distribution is publishers’ ace in the hole in the era of self-publishing.

If Kindle Direct Publishing, Smashwords, Lulu and other self-publishing service providers can find a way to reliably and consistently get their authors’ works on the shelves of Barnes & Noble stores nationwide, publishers might be in trouble.

But for now, savvy authors are still finding smart reasons to work with publishing companies.

All of this shows that if you are concerned with the development of this storyline in the dynamic publishing narrative that we’re seeing played out in the e-book era, look to hybrid authors. They will likely be the first to see change coming and at the vanguard when it comes to taking advantage of it.