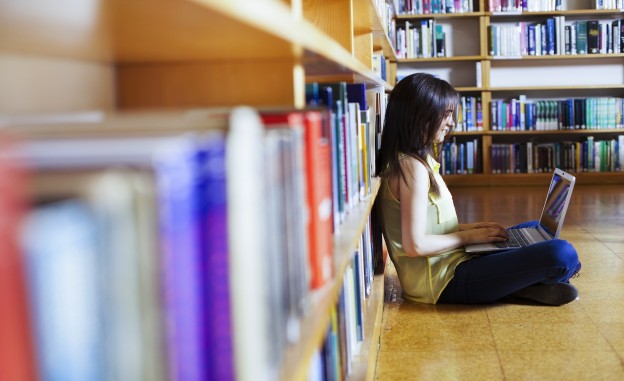 The Federal Communications Commission recently asked for public comment on its plans to streamline and increase the E-rate program for libraries and schools. Knight Foundation is helping libraries in 27 cities become digital community centers, and the Knight School at Queens University has a goal of raising the digital media literacy rate of its entire community by partnering with libraries and schools.

So here’s the public comment I offered to the FCC:

"We can’t just tell Americans why broadband matters. We have to show each other how it works by teaching it in our schools and libraries and offering it in the neighborhoods they serve."

‘Involve me and I learn’

There’s a quote, often attributed to Ben Franklin, that sums up why America should expand broadband in schools and libraries:

“Tell me, and I forget. Teach me and I remember. Involve me and I learn.”

Without access to the World Wide Web, without being involved in it, digital media literacy simply can’t be taught — and without that, our nation will never fully enter the digital age.

We can’t just tell Americans why broadband matters. We have to show each other how it works by teaching it in our schools and libraries and offering it in the neighborhoods they serve.

That’s why the E-rate program is a good idea. Connecting classrooms and libraries to the Internet could not be smarter. Well-funded and well-run, the E-rate program can make the digital world real for at least half the population of the United States.

Many, including the bipartisan Knight Commission on the Information Needs of Communities, have noted that we must strengthen the “capacity of individuals to engage with information” to strengthen our democratic republic.

“Attending to capacity,” the report said, “means that people have access to the tools they need and opportunities to develop their skills to use those tools effectively as both producers and consumers of information.”

The teaching of digital media literacy, the commission noted, is not an educational luxury but rather an absolute necessity for the economic and social health of America’s communities.

E-rate is currently underfunded. It gets double the applications it can handle, not counting those who do not apply because they don’t think they have a chance, or because the process is just too cumbersome.

Part of the program expansion should go for service that can be offered after school and library hours, and wherever possible beyond the walls of those institutions, especially where the poor, the elderly and rural populations reside, places where people are most likely to lack broadband access or skills. The Knight Commission said the impact of the digital divide is to create something no country needs, “second-class citizens.”

Because schoolhouses outnumber library branches about 10 to 1, the E-rate should be mindful of the communitywide role of libraries by increasing their funding. More than 6 in 10 libraries report they are the only providers of public Internet and computer access in their communities, and nearly 8 in 10 Americans call that service “very important.”

The economic benefits of E-rate far outstrip its day-to-day costs. The program helps create a globally competitive nation. Since digital media literacy is truly learned only through hands-on Internet experience, E-rate becomes the difference between a society that can function in the digital world and one that can’t. Fiscal responsibility does not have to go out the window to find space in our huge spending stream for America’s students and library patrons to have globally competitive technology.

Consider the Ben Franklin quote at the start of this letter. You’ll find it on many popular quotation sites on the Web. Yet the digitally literate dig deeper and learn that scholars say Franklin is not the source of that quote. More than 2,000 years ago, it was Confucian philosopher Xunzi who wrote the Chinese proverb commonly translated as:

“I hear and I forget; I see and I remember; I do and I understand.”

By expanding E-rate, your commission can help all Americans know the difference between fantasy and fact. This just might be the single most important thing you’ll ever do.