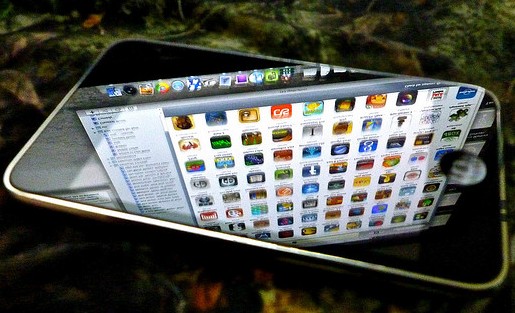 The launch of Apple’s iOS 7 signals more than a major upgrade to Apple’s mobile operating system. Embedded in its feature set is an alternative to every music-playing radio station and every online radio service – iTunes Radio.

But is iTunes Radio just another choice for music, along with Pandora, Spotify, and the rest? Or is it something much bigger, something that changes everything?

"But is iTunes Radio just another choice for music, along with Pandora, Spotify and the rest? Or is it something much bigger, something that changes everything?"

I think it’s the latter.

First, a proposition: I believe the biggest audience for online radio is the audience who hasn’t tried it yet. Not the Pandora audience, not the Spotify audience, but the “everyone else” who listens to music on their iGadgets and Android devices and desktops who may never have bothered with the incremental “work” required to download and use a specialized app or platform but who nevertheless are iTunes users.

This is particularly true in the many corners of the world where Pandora doesn’t exist and online radio is younger than it is in the U.S. Pandora, for example, is available only in three countries now: America, Australia, and New Zealand. Spotify is available in only 31 countries and not available in the two largest: China and India. While Apple’s platform is bowing in the U.S. only, can the rest of the world be that far behind?

Don’t count on it.

So why does iTunes Radio change everything?

1. iTunes Radio is the first online radio service baked in to millions of devices already in wide circulation.

One of the great strengths of traditional radio is that you don’t have to decide to buy it or download it. It’s just there. In fact, almost nobody ever “buys” a radio. When you buy the clock, the radio comes along for free. When you buy the car, the radio comes along for free. Ubiquity is a key element in traditional radio’s success: You own several without buying any, and you use them simply because they’re there and you can.

And now, when you upgrade to iOS 7 or buy a new Apple device, iTunes Radio will come along for free. No decisions or purchase necessary.

iTunes Radio will come built in. Apple has roughly 14 percent of all devices, desktop and mobile, and is on track to sell 1 billion iOS devices by 2015.

2. iTunes Radio is the first online radio service to leverage more than 575 million iTunes accounts.
If you have a wealth of data about up to 575 million people, you have immense power to tailor content, make markets, muscle labels, and leverage consumer relationships in and well beyond music alone.

Most online radio platforms begin with a product and then hack or market their way to relationships. Apple has done the reverse – they already have the relationships. Now it’s just about giving those folks whatever they want and teaming up with a growing roster of advertisers to help them do it.

3. iTunes Radio is the first online radio service integrated with the largest music retailer on the planet.
Apple is a brand now famous and trusted for music, something one could never say about AOL, Microsoft, or Yahoo, all of which have played a hand or two in online radio. As of February, Apple had sold more than 25 billion songs. That’s a lot of songs and a lot of music credibility.

But even more important, it shows how iTunes is already as much of part of every music consumer’s habit as radio is. That tremendously lowers the threshold for acceptance and use for iTunes Radio – it’s a feature extension to an already habitual product, not a “brand new thing” the consumer needs to understand, download, and risk their precious time with.

Trust and ubiquity and habit will make iTunes Radio almost as easy to adopt as traditional radio and much easier than any other online radio alternative not already blessed with widespread familiarity and use.

4. iTunes Radio will be the first online radio service launched with Apple-scale publicity.
The so-called “pure-plays” had to earn their attention after years of organic growth. Apple will launch iTunes Radio in one big splash already bigger because of other product and feature announcements not part of the Radio app itself.

TV spots featuring iTunes Radio? You can bet on it. And guess who TV advertising is aimed at? The music listeners who have not tried online radio yet but have an iPhone device nestled in their pocket and an iPad on the coffee table.

Mark Ramsey is president of Mark Ramsey Media. Ramsey is a veteran media strategist, researcher, and trend-maker. Ramsey has consulted with and delivered projects for numerous media, publishing, and digital brands over his career, including Apple, Clear Channel, Pandora, CBS, Bonneville, Sirius XM, U-T San Diego, EA Sports, and more. Ramsey has authored two radio industry bestsellers, “Making Waves: Radio on the Verge” and “Fresh Air: Marketing Gurus on Radio.” He is also a Research Fellow with Coburn Ventures and serves on the board of the Broadcast Film Critics Association, the producers of the Critics’ Choice Movie Awards.

One response to “4 Ways iTunes Radio Changes Everything”