Propaganda? No. Bringing ‘Voice of America’ To America Is Good for Transparency 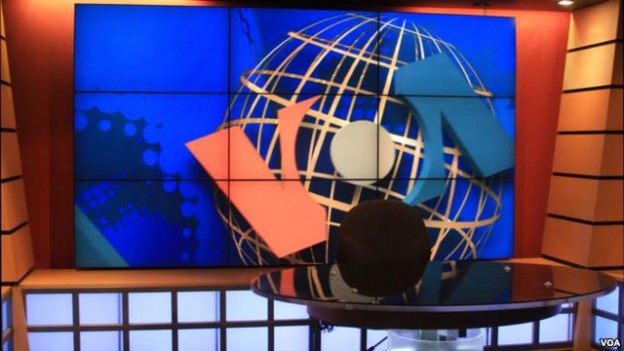 The Voice of America may finally be coming to America.

Legal changes going into effect this month mean that, for the first time, U.S. audiences can access the news and information programs produced by the Broadcasting Board of Governors – the independent agency that manages U.S. international broadcasting operations. The change has brought with it a remarkable amount of handwringing about the ability of the U.S. government to supposedly inundate Americans with propaganda. However, those concerns have little grounding in reality. In fact, the changes at the Broadcasting Board of Governors are a positive step in government transparency and could provide new voices and viewpoints for American audiences.

"For many in the U.S., BBG content is the only place in America they can hear news coverage of their homelands, in their native language."

To be clear, there are real concerns about government propaganda, but those concerns are misplaced on the BBG. When the U.S. government seeks to sway popular opinion in the U.S. it has consistently turned to commercial media, not public media. See for example the Bush administration’s promotion of No Child Left Behind and the war on terror. In both cases, commercial media continued to air the government’s propaganda even after it has been exposed.

While the State Department has engaged in propaganda and psychological operations abroad, the programs housed within the BBG, such as Voice of America, Radio Free Europe, and Radio Free Asia, are now independent journalistic organizations. The board was put in place in the late 1990s as a firewall to better insulate journalists there from political influence, and its charter specifically protects objectivity and journalistic integrity. Finally, there is still a provision in the law that says no funding for the programs “shall be used to influence public opinion in the United States.”

Up until this month, however, few in the U.S. knew what those programs sounded like. Americans could access the content online, but doing so was officially illegal. The changes that go into effect this month permit, but do not require, the BBG to make their content available domestically. There are no new BBG stations being built to transmit the content and no government-run cable channel in the works. All this does is make the content accessible to citizens and stations who want them.

And that’s a good thing. The budget for the BBG is roughly twice that of the Corporation for Public Broadcasting (which is still just peanuts). Given that investment, Americans should be able to watch and listen to it, assess it and judge it. At the American Civil Liberties Union, Gabe Rottman outlines why these changes are not just good for transparency but also for freedom of speech. “From a First Amendment perspective,” he writes, “the ban is both highly paternalistic and a nightmare for government transparency.” The ban has meant that up to this point BBG-produced material has even been exempt from the Freedom of Information Act.

The BBG isn’t the only federal agency to produce media and journalistic content. NASA has invested heavily in its media operations, from iPhone apps to celebrated video channels and more. The National Science Foundation funds a newspaper in Antarctica — The Antarctic Sun. Even the Consumer Financial Protection Bureau has created interactive tools not much different from data journalism projects produced down the road at the Washington Post. Even the BBG, which still broadcasts on shortwave radios in many parts of the world, has funded some groundbreaking work on digital innovation and online storytelling.

And yet, most of these other projects have escaped the handwringing about “government-funded media” that has plagued PBS and NPR. (FWIW, the Mars Curiosity Twitter account has more followers than NPR’s flagship news programs Morning Edition and All Things Considered combined.) If we were to do a census of all the ways the government funds news and information I think most people would be stunned by the quantity, quality and independence of that work. Indeed, research from Free Press on government-funded media in 14 other democratic nations showed that public media consistently “provide more and higher quality public affairs programming and a greater diversity of genres and unique perspectives than their commercial counterparts.”

When most people think of public media, they picture NPR and PBS, but as I outlined in a paper I co-authored with colleagues at Free Press:

In reality, America’s public and noncommercial media sector has long encompassed more than just those national brands and is growing more diverse and multifaceted every year. To understand the whole picture, we have to view public media as a network of noncommercial and nonprofit institutions that share a similar mission: serving diverse, local communities by providing alternatives and filling the notable gaps left by commercial media.

We proposed a new framework for thinking about public media in America that better weaves together the diverse organizations and agencies engaged in meeting the information needs of our communities.

In the case of the BBG and the changes taking effect this month, the gaps in commercial media’s coverage of international affairs are notable. While commercial media in the U.S. has been closing foreign bureaus the BBG has been putting more journalists on the ground around the world and broadcasting in more languages than any broadcaster in the U.S. For many in the U.S., BBG content is the only place in America they can hear news coverage of their homelands, in their native language.

As the BBG opens its doors to U.S. audiences it joins a wave of new journalism projects from other nations. Next month Al Jazeera’s new American cable news channel -– funded entirely by the government of Qatar -– will be launching and the New York Times reports that “News channels financed by Britain, China and Russia are especially hungry for American cable deals.”

At its best, all these changes could bring diverse new voices and viewpoints to U.S. media. The BBG could be serve as an R&D lab, pushing new digital ideas and projects for a global audience that media here in the U.S. can learn from. The shape of international news is changing dramatically, and we should assess each of these new entrants carefully. But we should apply the same skepticism to our commercial media, which has too often been partners in propaganda themselves.

Correction: This article originally stated the BBG was funded through the State Department. It has been updated to clarify that the BBG is an independent agency.

5 responses to “Propaganda? No. Bringing ‘Voice of America’ To America Is Good for Transparency”