Through Aggregation and Curation, RebelMouse Wants to Tame Social Overload 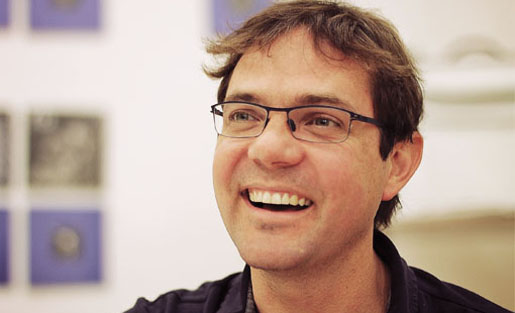 RebelMouse founder and CEO Paul Berry is the former CTO of The Huffington Post. Photo by Granny Cart Productions.

Social networks are a powerful way to spread the word and spark conversations about great content, but they can present a double-edged sword.

“Our best communities, reviews, and highlights about us are on these networks,” RebelMouse founder and CEO Paul Berry told me in a recent phone interview. Yet, “when the people who care about you most come to your website, they don’t see any of that.”

"If it sounds like it's not figured out, it's because we don't know yet. I know we don't want to be this heavy, enterprise, bulky sales business. Some of our competitors are in that, that's not the business I want to build." -Paul Berry

For publishers and marketers who increasingly behave like media, it can be cumbersome to show the conversations and streams in one place in any connected way, let alone highlight the most relevant pieces as newer content pushes the old ever further down.

“The half-life of a tweet is about an hour,” Berry said.

His startup’s solution is trying to help publishers and marketers capture and aggregate conversations and perhaps even make a few dollars in the process.

RebelMouse, which is still in beta since launching a little more than a year ago, has been used by top publishers and brands including Yahoo, GE, MTV Movie Awards, Glee and USA Networks.

The platform allows anyone to create a page that not only aggregates and displays posts from different social streams and other feeds but also allows them to curate the page by affixing selected posts to given spots.

For example, columnist and author Anand Giridharadas, whose Anand.ly homepage is run on RebelMouse, this week displayed a  video he tweeted July 19 while keeping another video from seven months earlier of his appearance on The Daily Show adjacent at the top.

Some of the social networks RebelMouse works with can be further filtered via hashtags, usernames, domain names and other parameters — a function that is free today but will become a paid feature later.

Berry said more than 360,000 sites have been created, reaching 4 million unique users per month, including embeds on other sites.

Time Magazine, for example, has a RebelMouse site where they aggregate the most recent feeds and social media from Time, with other tabs they’ve curated for hashtags like #Time100, their rundown of the year’s most influential people.

Just as important, they were able to not only capture the pageviews for #Time100 on their own web servers, but also offer ad spots, helping with another dilemma for publishers — how to make money from all the conversations they may stoke.

RebelMouse, Berry said, is the product of at least 10 years of work, “building on everything I’ve always been learning how to do” and solving a problem he was asked to solve “20-40 times” as CTO of The Huffington Post: to create a publishing platform that’s “not creaky,” that can easily incorporate and display original content and social streams, and can be used easily by someone who’s not a software developer.

RebelMouse is built on open-source technology such as the Python programming language, the Django framework that uses Python, and jQuery for its front end, all of which helps users have a WYSIWIG drag-and-drop interface to customize content within an HTML page.

The company has also spent a lot of time on parsing of APIs and other feeds, as well as a JavaScript content scraper. They try to automatically handle issues of what constitutes fair use and to prevent duplicate posting, both of which Berry acknowledges will never be perfect.

Berry claims to not be concerned about companies that could be considered competition, such as social media aggregators Storify and ScribbleLive (full disclosure: ScribbleLive was a MediaShift sponsor). Another aggregator and curator, Mass Relevance, tends to work on ambitious campaigns for major brands.

Other aggregation tools, such as Netvibes dashboards (here’s one from SXSW), or other scripts and WordPress plugins that can take in RSS feeds and allow them to be repackaged and displayed, don’t allow the kinds of drag-and-drop curation plus fixed positioning as RebelMouse.

CNBC is one of many publishers that use Storify to aggregate social streams.

Berry said social media like Pinterest, which offer a tiled content display reminiscent of RebelMouse, don’t concern him, because he wants to take all social platforms and aggregate them together.

“As soon as Pinterest has a full API, we’ll be using it days later,” Berry said.

The more popular social networks there are, of course, the better for Berry’s company. The more fragmented conversations become, the more potential there could be for RebelMouse to re-aggregate what’s been dispersed.

It also allows the one-click import of StockTwits, which is run by RebelMouse investor Howard Lindzon.

Currently, the company makes money from charging $9.99 per month for accounts that want to host a RebelMouse site under their domain with their own branding, further customize the site’s look and feel, and have better analytics and tools.

They also have experimented with taking a share of advertising revenue from clients’ ad sales, and worked with brands to help customize their sites.

Some features that are free today, such as filtering content, will become paid, their website says. The platform recently started charging to allow content creation including HTML coding right on a page, along with posts from social media.

Berry claims the company has had 100 percent month-on-month revenue growth though he won’t say the dollar amount. This summer, the team is working to solidify a business model.

“If it sounds like it’s not figured out, it’s because we don’t know yet,” he said. “I know we don’t want to be this heavy, enterprise, bulky sales business. Some of our competitors are in that — that’s not the business I want to build.”

He does know he wants the company to focus on scaling, and consumers.

“I personally love revenue,” Berry told me. “The New York ecosystem should produce a massive company that understands advertising and monetization, and I think RebelMouse has a chance to be a very significant player in that.”

While the company has allowed display advertising in its pages, Berry is much more fond of in-stream, social messages.

“We think the next paradigm is about content, and content marketing, and iterating through content constantly, worrying much less about the perfect slogan and brand message, instead creating content that connects with audiences,” he said.

With its high-profile backers and a lauded former CTO at the helm, RebelMouse does seem poised to be a significant beneficiary of a pendulum swing that I see every few years as publishers sway from the desire for mass, open distribution of content and the opposing desire for control.

After an era when we tried to attract everyone to web pages via search and marketing, social media provided the means to further distribute that content and generate awareness but removed the control of messages, and gave little way to generate revenue from them.

We’re now seeing a desire for curation and aggregation — whether at popular websites such as BuzzFeed and Mashable, or via tools like RebelMouse and Storify — that enable more careful selection from the daunting and unending flows of information, entertainment and conversation.

One response to “Through Aggregation and Curation, RebelMouse Wants to Tame Social Overload”