3 Ways to Strengthen Press Freedom at the U.S. Justice Department 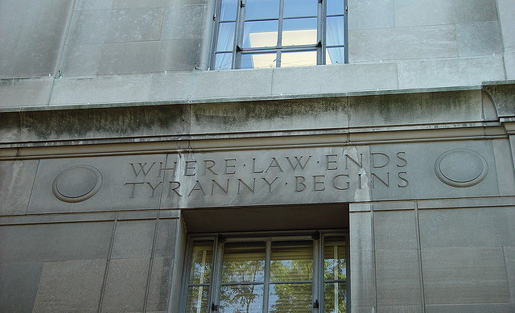 One of the most troubling things about the politicians and pundits who are calling for Guardian journalist Glenn Greenwald’s prosecution, calling him an accomplice to Edward Snowden’s leaks, is that just a month ago we saw the same language coming out of the Justice Department itself. Before the National Security Agency leaks captured the nation’s attention, a series of revelations about the DOJ’s assault on press freedom shook the journalism community.

Using a secret subpoena, the Justice Department had collected the phone records for Associated Press reporters and editors as part of an investigation into military leaks. In another leak investigation, the Department had subjected a Fox News reporter to extensive surveillance after labeling him “an aider, abettor and/or co-conspirator” in the leak investigation. More recently, McClatchy recently reported on an administration-wide effort to crack down on whistleblowers called Insider Threat in which “leaks to the media are equated with espionage.”

"This is not simply a professional issue regarding reporters’ jobs -- it has a real bearing on the role of journalism in an informed democracy."

Given this context, the reckless comments we’ve seen about Greenwald hit a little too close to home. In our current political climate, these are not idle threats. Benjamin Wheeler sums it up succinctly in the Los Angeles Times, writing that “American investigative journalists who receive secret information are increasingly feeling the threat of government prosecution.”

Rewriting the Rules at the DOJ

And, after a series of semi-off-the-record meetings with newsrooms and press freedom groups, Holder solicited feedback on how to revise the agency’s internal guidelines for dealing with the press.

This is a hopeful development, but as the deadline passes for providing that feedback to the agency (Friday the 28th was the last day to submit recommendations) there are real questions about what will happen next, who will be protected by the revised rules and who won’t be.

As journalism professor Jay Rosen has noted, the attacks on Greenwald have been premised on the notion that he is something other than a journalist. The prime example here is David Gregory who, in Rosen’s words, tried to “read Glenn Greenwald and The Guardian out of the journalism club.”

As the Justice Department rewrites their rules, here are three ways they could help protect journalism in all its forms:

1) Look at acts of journalism, not who is a journalist

Other parts of the Justice Department, specifically the Civil Rights Division, have taken a broad view of journalism when asserting all people’s First Amendment right to record. This approach needs to be folded into the department’s general guidelines regarding treatment of the press. Both the recent examples have involved major news organizations with robust legal teams and the capacity to push back against government over-reach, but that may not always be the case.  The DOJ needs to consider the essential role independent and citizen journalists are playing in the media landscape, and must extend protections to them as well.

2) Disclose all subpoenas of journalists’ records

In a hearing on Capitol Hill just days after the AP phone records story broke, Attorney General Holder admitted to Congress that he didn’t know how often the Justice Department had used secret subpoenas to seize journalist records. The Reporters Committee for Freedom of the Press has called on the department to produce an annual public report on the DOJ’s use of subpoenas for journalists’ information. These reports would bring much-needed transparency to the Justice Department’s actions and give advocates ways to monitor the agency and hold them accountable.

3) Continue and expand the conversation

The meetings held this month should be the start of an ongoing conversation, not the end. In their recommendations to the Justice Department, the Reporters Committee for Freedom of the Press called for yearly meetings with the attorney general to review the effectiveness of the department’s guidelines. These meetings should not be limited to just news organizations but should also include representatives from the civil liberties, open government and public interest community (like these). In addition, the department should build toward a more public process beyond the narrow walls of Washington, and ensure the agency receives feedback from a range of stakeholders. This is essential in an era in which so many people participate in news gathering and media making.

You can read more about these proposals in Free Press’s letter to the Justice Department, submitted June 27.

This is not simply a professional issue regarding reporters’ jobs — it has a real bearing on the role of journalism in an informed democracy. “Taxonomy is important, partly because when it comes to divulging national secrets, the law grants journalists special protections that are afforded to no one else,” noted David Carr in The New York Times. “To exclude some writers from the profession is to leave them naked before a government that is deeply unhappy that its secret business is on wide display.” The fact that the Justice Department is rewriting their rules at a moment of such profound change in the media industry is an opportunity for enlightened public policy that strengths journalism and fosters a more inclusive notion of press freedom.

3 responses to “3 Ways to Strengthen Press Freedom at the U.S. Justice Department”