Coding for the Future: The Rise of Hacker Journalism 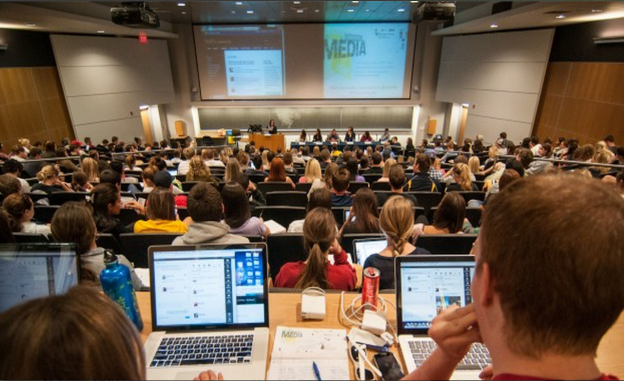 Students blog live during the “Coding for the Future” panel at the West Virginia University P.I. Reed School of Journalism.

Data Visualization, geo-mapping, audience engagement, agile development, responsive design. What do any of these terms have to do with journalism? Turns out, quite a bit these days.

“We want to empower people. We want everyone to be the cool kid in the newsroom.” -Lauren Rabaino

The “Coding for the Future” panel

With a staggering amount of data now available to journalists, the ability to capture, interpret and present it to audiences has become a critical skill.

“This is going to be part of a reporter’s job, at some level, for almost every reporter,” Derek Willis, an interactive developer at The New York Times, said a few weeks ago at “Coding for the Future: The Rise of Hacker Journalism” hosted by the West Virginia University P.I. Reed School of Journalism.

“We’ve got to face the facts,” said Willis, a Knight News Challenge winner who is pioneering new ways of reporting election data.

In a rapid-fire Ignite-style discussion, the journalists addressed the challenges and opportunities in inventing new practices and acquiring new skill sets on the front lines of big data. And they called on students to become change agents in their future profession.

When it comes to meaningful coding that can be changed on the fly, this assembly line process simply isn’t nimble enough, said Rabaino, who advocates engaging all stakeholders in producing a story — the designers, the coders, the reporters — throughout the entire process.

“We want to empower people. We want everyone to be the cool kid in the newsroom,” she urged.

Brian Boyer, news application editor at NPR, evangelizes agile development as a process for building collaborative teams and transforming newsroom culture. Agile programming is a core concept in software development but lends itself to building dynamic news teams that are flexible and able to work quickly in breaking news situations.

With data growing exponentially and the pressures of 24/7 digital news cycles, journalists need to learn coding skills to build databases and other interactive tools.

The good news is that acquiring those skills, particularly at the basic level, may require more curiosity than cash. The drive to experiment and a do-it-yourself approach is a common thread among hacker journalist culture. And from their perspective, it’s easier than you might think.

A designer by training, Lena Groeger, news application developer at ProPublica, taught herself how to write code using video tutorials and other online resources.

“You can buy all the parts at Radio Shack with step-by-step instructions. Anybody can do it. Trust me — I’ve seen children do it,” Keefe said.

The panelists directed students to several websites, such as Codecademy and Khan Academy, that demonstrate how to use JavaScript and other programming languages.

Being able to turn content into code can be a powerful tool for modern journalists. But understanding how to filter data, sort it, and discover its hidden stories is what gives journalists a true reporting edge.

Data provides context to anecdotal reporting and can be used to hold institutions accountable, Willis said. The New York Times’ 2012 Money Race is an example of an interactive data visualization that tracks campaign financing.

But when it comes to data, Willis worries that politicians and others are far more sophisticated than journalists in their understanding of how to use and manipulate it to their advantage.

When it comes to interpreting data, Michelle Minkoff, interactive producer at the Associated Press, noted, “There is a difference between journalism and stenography.”

Minkoff says journalists need to consider data as a potential source like any other. “You have to interview the data,” she said. When studying data, look for both trends and outliers and think of what questions you want to ask before delving deeper.

The journalists shared some examples of their favorite open data sets:

Another recurrent theme was the essential role of audience in interactive news development, with sensitivity to device.

Boyer developed a “mobile-first” philosophy at the Chicago Tribune, where his news application team tried to determine the best ways to engage users with content.

It’s not just about device. It’s also about strategy. When Groeger started at ProPublica, she learned a key concept for building stories that matter to audiences.

“Think about the near and the far,” Groeger said.

First, you have a far view for setting context and telling the readers broadly why they should care about the story, she said. Second, you have a near view, “which is the personal story, the specifics, your own town, your hospital, your school — all the details that matter to you.” Boyer shared an example of the “near and far” approach. Fire Forecast, NPR’s treatment of last year’s wildfires in the western U.S., enabled users to determine the likelihood of fires spreading to their areas.

The Future Is Now

Through a live Twitter feed and blog, the panel discussion sparked a conversation among our faculty and students about how to adapt curriculum and practice to the changing paradigm.

The panelists encouraged students to face the future with optimism, enthusiasm and a sense of adventure.

“My advice to you is just don’t be afraid of this,” Rabaino said. “I know a lot of what you’ve seen on the screen, some of the things we may have said seemed scary, maybe seem like Greek. It’s easier than you think.”

“We need stories,” Keefe said. “What can we detect? That’s where you come in. You’ve got to figure it out. Let’s do it!”

Maryanne Reed is the Dean of the Journalism at West Virginia University P.I. Reed School of Journalism. Dana Coester is an Assistant Professor and Acting Creative Director of the school’s up-and-coming Media Innovation Center.

3 responses to “Coding for the Future: The Rise of Hacker Journalism”