The Pros and Cons of Remotely Covering the Mobile World Congress 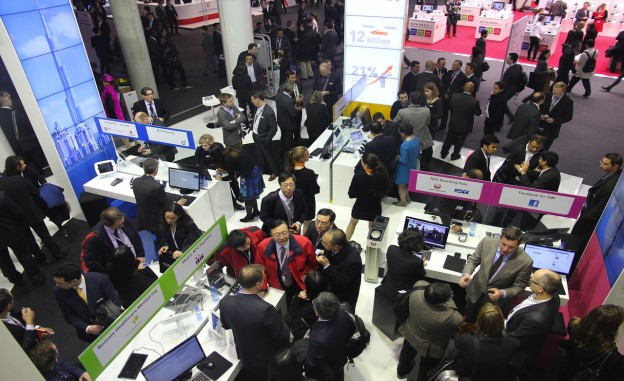 The Mobile World Congress in Barcelona. Photo by Pierre Metivier on Flickr and used here with Creative Commons license.

Last year I wrote that I had “gone naked” at the Mobile World Congress in Barcelona. This year I went further — I ditched my body altogether.

That earlier story was about my decision to leave my laptop and SLR in the hotel room and cover the Mobile World Congress in Barcelona with just an iPhone as my camera and an iPad as my writing platform.

Distance coverage, however, means that you base a story on what other journalists are saying, rather than what you observed yourself."
ADVERTISEMENT
The tools the author used to cover last year’s Mobile World Congress.

I have to admit that the inspiration for my experiment was less my bold innovation and more my aching shoulder from lugging equipment around the 17-acre exhibition grounds on the first day of the Congress. Even so, journalists around the world were intrigued by what some called my “brave” effort.

Though I had few problems covering the event with minimal hardware, I ran into budget and schedule problems that kept me from trying it again. That did not keep the University of Missouri School of Journalism from covering Mobile World Congress 2013.

My Emerging Technologies in Journalism class has spent the semester looking for strategies to cope with the too-frequent tsunamis of disruptive technology that sweep across our profession. The Mobile World Congress gave them an opportunity to take a hard look at the potential of mobile media and gave me a chance to test one of my pet theories: Technology could give international journalism new life.

I’ve watched with dismay as major newspapers and television networks have closed their foreign bureaus. With the state of the media economy, it wasn’t really surprising — just gut-wrenching.

Could technology fill the gap? In the 1975 film “Three Days of the Condor” starring Robert Redford, a CIA analyst read between the lines of foreign books, newspapers and magazines to uncover the back story for the Cold War. The plot seemed too pulp fiction — until the Internet came along.

It now seems logical to me that a web-facilitated news desk could do as well covering world news as Redford’s print-on-paper spy center did “covering” the Soviet threat. Mine is not a new idea. Andy Carvin’s “Distant Witness“ documents how he covered the Arab Spring for National Public Radio from the safety of his computer in Washington, D.C. And in the Golden Days of newspapers, good wire editors would rip copy from three different wires to create the Page 1 lead.

What differentiated this project was that my young journalists had to cover a very common assignment — a short-term public event — without getting a ticket to the venue. I let students pick a topic area — mobile commerce, infrastructure, mobile accessories, etc. — and then gave them a blog on which to publish their stories. I challenged them to go beyond aggregation and mine the web for direct source material from which they could craft their own stories aimed at a Missouri audience.

Over the four days, they posted 60 stories on Mobile at Mizzou with material gleaned from both news media websites and the scores of blogs that focused on the Congress.

As a special edition on an important technology event, Mobile at Mizzou is a good read. But even as a successful experiment in journalism from afar, it’s disturbing. Both the students and I came away from the project with mixed emotions. We loved what we did, but were somewhat shaken by the implications.

The overriding sentiment was captured by junior Kelly Hebron: “Nothing will ever replace in-the-field reporting.” Even if, in this case, it did.

My students, like most journalists, relish the thought of being the “boots on the ground.” Distance coverage, however, means that you base a story on what other journalists are saying, rather than what you observed yourself.

The chief concern of the students was credibility. Especially with blog posts, they were nervous that they could not verify the observations with their own eyes. But their comfort grew when they realized that the traditional “man-on-the-street” interview posed as many credibility challenges as a web-based story. Cross-checking, quoting multiple sources and researching background are what good journalists do for any story.

Several students felt that the eyes-on-the-web technique actually gave them a one-up on those boots-on-the-ground journalists who had to tread their way through the 72,000 attendees at the Mobile World Congress. The students could pick up a minimal lead from a web post and then bounce from site to site to pull together a full story on a very specific theme from a variety of observers. It was quick and efficient research.

“Online, I could zoom from mobile commerce to Bluetooth to infrastructure at the click of my mouse,” explained graduate student Trevor Kraus. “Not being there gave me the chance to cover many different stories and to understand how they might all fit together.”

Rules of the road

Grudgingly, my students conceded that web-based distance coverage is likely in their future, even if it is not a full replacement for on-site reporting. They found, however, that there are a few rules of the road:

Becoming a web-based foreign correspondent won’t make you an eyewitness to history such as Edward R. Murrow nor a dashing adventurer such as Ernest Hemingway. But with technology, you — and the readers — will still have the world.

Clyde Bentley is an associate professor in print and digital news at the Missouri School of Journalism and was a 2010 fellow to the Donald W. Reynolds Journalism Institute. He worked for 25 years in the newspaper industry before earning his Ph.D. at the University of Oregon in 2000. Bentley also studied at the Poynter Institute, the University of Texas and the American Press Institute before joining the Missouri School of Journalism in 2001. His research focuses on citizen journalism, emerging technologies in journalism and the habits, preferences and comfort levels of digital media consumers.