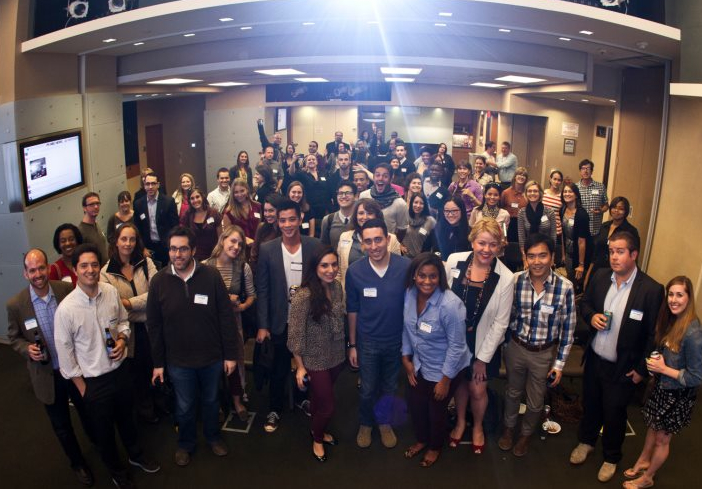 One of my favorite things about social media is the way it breaks down the wall that separates journalists from the people most interested in their work. It wasn’t that long ago that a letter to the editor was the best and sometimes only way to get a newspaper’s attention. (Unfortunately, it wasn’t all that useful, since letters usually concern previously published stories, which probably got a lot more eyes than the impassioned responses.)

Now anyone can learn about and connect with news people — national and local, online, broadcast and print. The hard part is figuring out how to find them on sometimes chaotic social media platforms. A service that has added some clarity to that chaos is Muck Rack.

We really want to encourage really good communication between journalists, their readers and people who want to get covered." -Muck Rack founder Greg Galant

“We really want to encourage really good communication between journalists, their readers and people who want to get covered,” Muck Rack founder Greg Galant said in an interview.

Founded in 2009 as a directory of news people, it’s grown into a platform where reporters post profiles and online portfolios, which helps earn followers and gets their work noticed. They can also look for jobs and locate colleagues and competitors. Muck Rack also hosts meet-ups, as well as a regular Twitter chat called #MuckedUp. The Columbia Journalism Review recently covered one at NBC News. Muck Rack Daily, the email newsletter, includes some of the day’s most interesting tweets and links from news people all over the world. It also highlights journalist profiles and notes who is posting the most each day.

The idea actually came from another social media landmark: The Shorty Awards. In 2008 Galant’s company, Sawhorse Media, launched the awards as a fun way to honor the best people and organizations on social media. They expected about 20 reporters to show up — they got 60. This was in the years even before Twitter lists. It opened their eyes to the relationship between news people and social media.

“Even though Twitter wasn’t that big, journalists had really adopted it, and they weren’t just using it to retweet or post links to articles. They actually worked it into their workflow,” Galant said.

Sawhorse decided to build a site verifying which journalists were on Twitter, and Muck Rack was born.

Galant says he was amazed how quickly journalists — even from the largest media outlets — accepted Muck Rack. “I got an email from David Carr (of the New York Times) the day after we launched asking to get on there,” Galant said.

Muck Rack now has about 10,000 journalist profiles online from news organizations large and small. Entrepreneurs and public relations people became fans too, since it helped them do their homework about the individuals they wanted to follow and eventually pitch. (Journalist profiles include a list of what they’re NOT interested in, to discourage annoying and time-wasting off-topic pitches.)

In December 2011, the company added a paid service called Muck Rack Pro. While the basics are still free, paid subscribers can build lists, receive alerts, and use an advanced search function.

Regardless of whether they use the free or Pro service, Muck Rack helps people get a glimpse of each journalist’s unique personality and sense of humor, while giving real-time insight into the news-gathering process. “If they’re at a conference or at a crime scene or in a war zone, there are lots of little things they’re going to notice and share on Twitter that might not be relevant by the time the article’s printed,” Galant said.

Below is the full interview with Galant — including the story behind Muck Rack’s name, and the scoop on its $8 branding budget.

Correction: This post has been altered to correct that Muck Rack now has about 10,000 journalist profiles online.