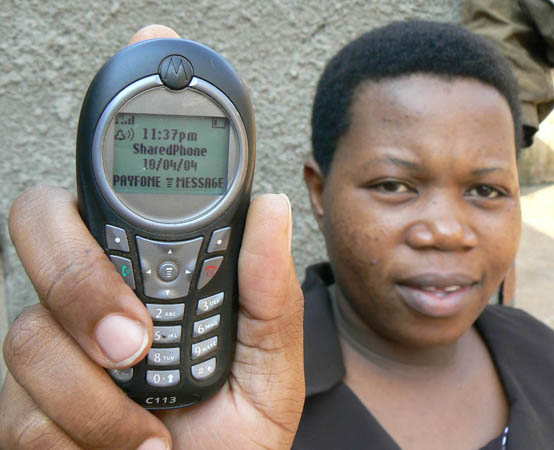 The African Media Initiative announced the 20 winners of its African News Innovation Challenge, which aims to drive media innovation by investing $1 million in startup capital. Twenty winners will receive between $10,000 and $100,000, along with tech support and business development advice.

Improving news reporting was one of our chief aims. But an equally important objective was to kick-start a pan-African community of news innovators." -Amadou Mahtar Ba

“Finding and supporting great ideas for improving news reporting was one of our chief aims,” said African Media Initiative Chief Executive Amadou Mahtar Ba. “But an equally important objective was to kick-start a pan-African community of news innovators and journalism technologists.”

This new community is developing homegrown solutions to some of the biggest challenges of the digital age: How do we know if the information we’re hearing, watching, or reading is accurate? How can we make sense of and find patterns in the tremendous amount of data we generate? How do we make sure all our voices are heard? And how do we hold our institutions accountable?

Here are four of the ways Africa’s innovators aim to solve these problems:

Several winning projects want to make it easier for citizens to tell what they see and know — and for news organizations to more easily share these reports with their audience. For example, citizen reporters will be able to use CorruptionNET on their mobile phones to file reports to newsrooms about corruption or misuse of public resources, while Citizen Desk will help news organizations incorporate citizen reports into their editorial workflow.

Others will use crowdsourced reports to tell stories in innovative ways. ListeningPost will launch Africa’s first social media newsroom. It will establish “a customized Storyful dashboard that aggregates social media posts and will include mobile apps that commission and sell crowdsourced photos and news,” according to ANIC. The cross-border LastMile Crowdmapping project will use maps to better explain complex investigative stories. It will show consumers where goods, such as chocolate and wood, originated in Africa’s supply chain.

Crowdsourced, non-partisan Africa Check aims to verify claims and identify errors — whether from a source or a reporter — in news stories. MoJo is creating user-friendly software to detect online censorship and expose plagiarism.

Bringing data scientists into the newsroom is the aim of two of the projects. DataWrapper wants to accelerate the use of data visualization, including interactive infographics and data-driven visual news apps. The project will establish a network of data visualization desks in newsrooms across Africa. Code4SouthAfrica embeds data scientists and programmers in newsrooms to build news APIs and will train reporters in how to use data in stories.

A South African team is building Oxpeckers, a narrative mapping project that will use satellite imagery and geographic data analysis to track logging, poaching, and ecological degradation. Its ultimate aim: to expose the cross-border crime syndicates that are inflicting the damage.

The openAFRICA project will “streamline freedom of information (FOI) requests to government agencies” and “help journalists and the broader public assess these documents.” NewsStack will build a “reusable journalist toolkit” from cutting-edge data journalism tools and projects including DocumentCloud, Poderopedia and Mapa76. Then, a pan-African team from 10 media organizations will use the toolkit to investigate the continent’s huge and influential extractive industries.

For this new community of innovators, winning the contest is just the first step. “Now, people across the continent can work on collaborative projects that raise the skills and knowledge in the media industry,” Ba said. Stay tuned.