Should We Blow Up Reporters’ Beats in the Digital Age? 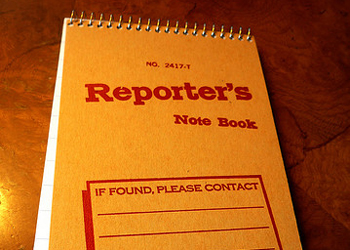 Three experiments in journalism offer up different approaches to rethinking beats -- and all three have lessons to be learned for the field. Image courtesy of Flickr user gruntzooki.

At the Online News Association conference late last month I finally had the chance to talk with Andrew Donohue in more than 140 characters, and we quickly got to discussing his new project. Donohue helped build and lead Voice of San Diego, one of the pioneering new local online non-profit journalism efforts, and is now a John S. Knight Fellow at Stanford University. As part of his fellowship, Donohue is rethinking how we construct investigative stories, the time frame we think of for reporting projects, and what role the community can play.

Here is how he described it in a recent post:

In a networked age, can the wisdom of the crowd and the relationship of networks replace the traditional beat?"

To create a model for an entirely community-driven, crowdsourced deep-dive investigative project. Each project will be done along a strict two-year timeframe and funded through non-profit donations. It will also experiment with ways to compellingly present big-picture context. The users come along on a real-time quest narrative with an investigative reporter.

At the end of each two-year cycle, we wrap up our findings, create metrics for change and a guide for where to go if you want to continue following the story. Then we start over again with a totally new topic and raise the money for the next endeavor.

It’s kind of like ProPublica meets Ezra Klein with a touch of Planet Money.

What if beats had expiration dates?

What’s important and interesting about this approach to me is 1) the emphasis on community building and crowdsourcing, 2) the projects are time bound, even if the issues are not, 3) the desire to build context and use journalism to explain complex systems. When he described his project to me, I said, “It sounds like you are asking what it would be like if beats had expiration dates.”

The traditional beat has played an important role in journalism, especially at the local level. When a journalist is on a beat for long enough, he or she has developed significant content expertise, extraordinary context, institutional memory, and in-depth relationships with sources and subjects. Granted, as we’ve often seen, becoming too close to the stakeholders you cover and trading accountability for access can also be an off-shoot of the beat model.

What Donohue’s project seems to ask is, in a networked age, can the wisdom of the crowd and the relationship of networks replace the traditional beat? And can we construct an investigation that does not just inform, but also engages and empowers people to continue some aspect of the work after the journalist moves on? These are compelling questions, and the answers will likely not be yes or no, but rather sometimes and maybe.

Donohue is not alone in rethinking the structure of beats or the article as the atomic element of journalism. Last week Quartz, Atlantic Media’s new financial reporting website, went live featuring what the staff describes as their “current obsessions.” Here is how they describe beats versus obsessions on the Quartz site:

“Journalists in most news organizations have fixed ‘beats’: bond markets, personal technology, international trade, and so on. At Quartz we organize ourselves around the seismic shifts that are changing the shape of the global economy. We call these topics our ‘obsessions.’”

This is a fairly profound shift, and worth looking at a bit more closely. Gideon Lichfield, one of the staff at Quartz, described the idea as a reader-centered approach:

Beats aren’t so much an objective taxonomy as a convenient management tool, devised for an old technology. […] At Quartz, we’ll try to fit the framework to the audience. […] So instead of fixed beats, we structure our newsroom around an ever-evolving collection of phenomena — the patterns, trends and seismic shifts that are shaping the world our readers live in.

Part of the logic behind organizing their coverage around obsessions rather than beats is because Quartz believes that an obsessions model is better for tackling so-called wicked problems” — another word for the complex systems that undergird so many of the issues facing our society which Donohue also hopes to take head-on.

CUNY’s C.W. Anderson in a Nieman Lab article suggests a cautionary note to Lichfield that speaks to my own concerns above about how networks and institutions might intersect around these new models for news. For Anderson, the structure of beats is not just a technological hold-over but also deeply grounded in society and the civic core of what journalists do:

The bureaucracies of government and business continue to wield tremendous power. Just because the public sphere is networked and newspapers are in financial crisis doesn’t mean that slow, grinding institutions no longer matter. What Quartz is arguing, in effect, is that democratic accountability can come from new directions, ones that aren’t tied to the accountability structure implied by the beat system. It is, in short, a gamble.

If obsessions are a reader-centric way of organizing the work of a news organization, then beats were the institution-centric model, and it is safe to say that our readers have adapted to the digital age faster than our institutions.

Donohue, who describes his role as “a reporter, a community organizer and a community guide,” wants to address some of this by mixing traditional reporting efforts with crowdsourced accountability, but also by helping organize and catalyze the larger community. At the end of each two-year cycle he plans to create a guide for users: “Here’s where to go and who to follow if you’re still interested. Here’s everything that’s changed. Here’s everything that’s wrong but hasn’t changed.” In this way, he hopes that his investigations can create something lasting — the relationships established, the documents and guides created, and perhaps the change that was effected.

However, blowing up beat reporting isn’t the only way to adapt it for the digital age. At the Online News Association conference, Laura Amico, Chris Amico and Juana Summers did a deep dive on how they have rethought beat reporting at Homicide Watch. Homicide Watch takes what NYU professor Jay Rosen has called “The 100% Solution“ and applies it to one specific beat.

Unlike a passing obsession or a two-year deep dive, Homicide Watch “is a community-driven reporting project covering every murder in the District of Columbia.” Laura Amico actually builds on Lichfield’s obsessions post in the writeup of her ONA session:

For me, digital beat reporting is about reframing our descriptions of reality. The examples above have shown us that it’s not only do-able, but that it creates a new kind of product, one that is purpose-driven, audience-aware, and resource-focused.

Anyone who has spent any time on Homicide Watch can see that it, too, is grappling with a “wicked problem,” one that intersects with complex and entrenched systems of power, economics, education and much more. Rosen writes that when it comes to wicked problems, “it is hard to say what the problem is, to define it clearly or to tell where it stops and starts. There is no ‘right’ way to view the problem, no definitive formulation […] The problem is inter-connected to a lot of other problems; pulling them apart is almost impossible. In a word: it’s a mess.” Homicide Watch’s response is to break homicide in D.C. down to its atomic elements, honoring and detailing each unique case not in hopes that any grand pattern will emerge, but because each homicide itself is important to understanding the larger problem.

Both Amico and Donohue offer useful lists of concrete questions and actions that should animate a digital beat. Be sure to read both their posts in full. Along with Quartz, these three models present very different approaches to rethinking beats, and all three will have lessons for the field as it adapts to new ways of creating and consuming journalism. At the outset I am most encouraged by each project’s willingness to grapple with complex structural issues and the fact that all three are approaching these experiments with community at their core.

One response to “Should We Blow Up Reporters’ Beats in the Digital Age?”