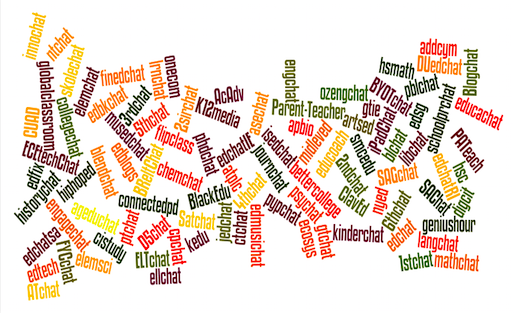 In the three years that I’ve been building up Edutopia’s presence on social networks like Twitter, Facebook, and YouTube, I’ve noticed a significant shift in how our audience of education changemakers interact and collaborate. In particular, I’ve seen Twitter reinvent the way educators collaborate to create change in education.

Before the advent of Twitter, most educators I know had limited opportunities to collaborate with colleagues outside their building. Some subscribed to listservs or participated in online forums, but these outlets lacked critical mass; teachers also networked at in-person conferences and training sessions, but these isolated events didn’t provide ongoing support.

Before the advent of Twitter, most educators I know had limited opportunities to collaborate with colleagues outside their building."

Enter Twitter. I’ve heard many educators say that Twitter is the most effective way to collaborate and that they’ve learned more with Twitter than they have from years of formal professional development.

Here are some of the specific ways educators are using Twitter to collaborate:

Edcamps: Edcamps are “unconferences” for educators that are mostly promoted through Twitter and organized by people who’ve met on Twitter. I’m a co-organizer of EdcampSFBay, and I met all of the other organizers through Twitter. Interested in checking out an edcamp? Use this wiki to view an edcamp near you.

Hashtags: Educators use a lot of hashtags. A special education teacher might follow #spedchat (a special ed chat) or #sped (a hashtag that lets people know your tweet is related to special ed). Here’s a comprehensive list of Twitter hashtags in education.

To give you a better sense of how Twitter is transforming many educators’ approach to their work, and enabling them to collaborate with their peers nationwide, let me introduce you to some of the educators I’ve met through Twitter.

Mary Beth Hertz, @mbteach, a K-7 technology teacher and technology integration specialist in Philadelphia, told me that prior to Twitter, she relied on a listserv with six members to meet her collaboration needs. She now has over 12,000 Twitter followers, collaborates daily with other educators, and is a very popular blogger on edutopia.org; she’s also helped shape the edcamp movement, which fuels broader collaboration between educators.

Nick Provenzano, @thenerdyteacher, has been teaching for over 10 years and is a tech curriculum specialist just outside of Detroit. I actually met Provenzano about three years ago on Twitter during an #edchat, one of the most popular real-time Twitter chats on education. He impressed me with his willingness to help others and his innovative ideas to improve education. So we asked him to guest blog for us. Now, he’s a blogger on edutopia.org, has almost 19,000 Twitter followers, and travels around the country presenting and collaborating with other educators. He has helped numerous teachers, many of whom he would never have met if it weren’t for Twitter.

Across the country, in Northern California, Karen McMillan (@mcteach), a seventh-grade teacher and Google Certified Teacher, has also used Twitter to expand her network. McMillan is one of those educators who, without Twitter and the personal learning network she’s created on it, probably wouldn’t be teaching anymore. She has a huge support network that inspires her to persevere in the face of her profession’s many challenges. Just like Provenzano and Hertz, McMillan has thousands of Twitter followers, and whenever she travels to a conference, chances are people know her — or know of her — from Twitter.

Lisa Dabbs, @teachingwthsoul, a former elementary school principal of 14 years in Southern California, uses Twitter daily to connect with other educators. She’s the founder of New Teacher Chat (#ntchat), a chat dedicated to supporting and inspiring new and pre-service teachers; has 12,000 followers; is a popular blogger on edutopia.org; and speaks around the country, inspiring others to improve their teaching.

As Provenzano reminded me, Twitter is often just the introduction — the virtual handshake that opens the door to a deeper collaboration. “Exchanging Skype handles, email addresses, and even phone numbers is a great way to let the collaboration grow,” he said. “Shared Google Docs allow for a free-flowing collaboration that just wasn’t possible 10 years ago. Once the connection is made on Twitter, the effort needs to be made to branch out and see what can really be done.”

For example, Provenzano himself connected with Shannon Miller (@shannonmmiller), a teacher-librarian in Iowa, at a conference after collaborating with her on Twitter. Together they pulled off what Provenzano calls, The Epic Romeo & Juliet Project, where two high schools collaborated to recreate Shakespeare’s Romeo and Juliet across two time zones.

Educator Shelly Terrell reached out to Dabbs on Twitter three years ago. This one connection launched several collaborative projects, including the 30 Goals for Educators project and The Reform Symposium. Terrell also mentored Dabbs and introduced her to hundreds of educators on Twitter. “She literally mentored me, supported me, and promoted me for two years as I got my feet wet in social media,” Dabbs said of Terrell. “She still continues to share important leads with me … as people cross her path who could benefit from my skills and talents. I will be forever grateful to her for mentoring. I pay it forward every day!”

Do you use Twitter to collaborate with others in your field? What have you accomplished as a result of these collaborations?

Elana Leoni is the social media marketing manager at the George Lucas Educational Foundation, otherwise known as Edutopia. She is a co-organizer of EdcampSFBay and, of course, loves Twitter — follow her at @elanaleoni.