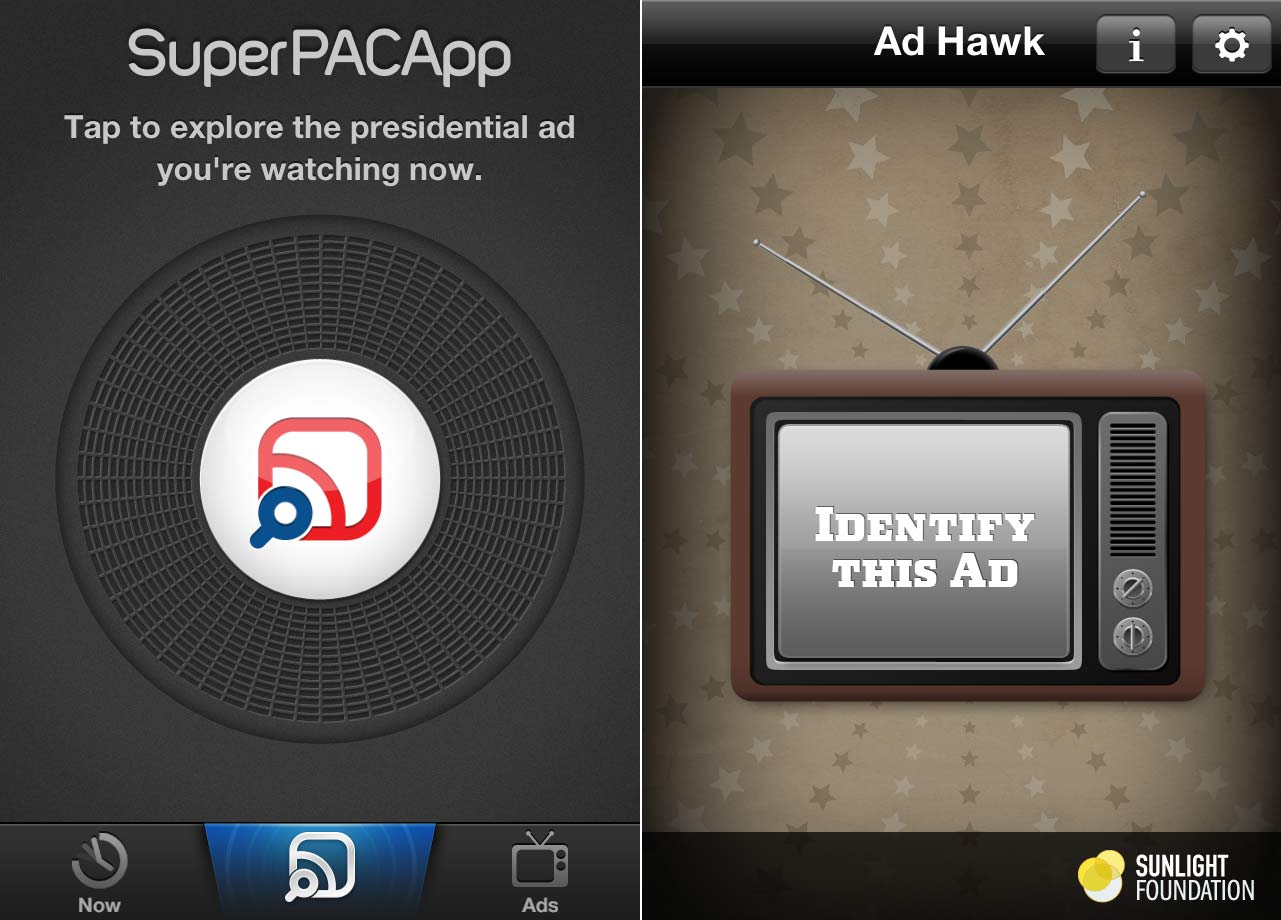 A month ago, before the Republican and Democratic national conventions, the average TV viewer in Cleveland was seeing about 87 presidential campaign ads each week. And in Orlando, Fla.? About 70.

According to Joseph Mercurio, who manages political ad buys, those numbers are “unprecedented.” He told the AP that a competitive statewide race with “heavy” expenditures would have only about 20 ads being viewed each week on average.

We're thrilled that our detection technology is being used to provide clarity in the political process." -Chris Woods

Most of those ads, from both sides, are negative attacks on the other guy. Almost all include statistics that may or may not be true. Often a soundbite or voting record has been taken out of context.

Given the barrage of messages and no “truth in advertising“ requirement, how is a voter to separate fact from fiction? The problem is especially acute if she lives in a swing state, which is where the bulk of advertising dollars lands.

There’s an app for that. Actually, there are apps for that.

How do these apps work?

Both apps use digital music fingerprint technology to identify an ad that is playing on your TV or computer. When an ad is playing, a voter can pull out her phone, tap an icon, and learn who paid for the ad — well, if the phone is connected to the Internet. That’s because each app transmits a sound sample back home; the sample is then compared to a database of previously identified audio — just like SoundHound or Shazam, two popular smartphone apps for identifying music.

Both apps tell you the name of the ad sponsor, but the similarity ends here. The SuperPACApp focuses on ads; Ad Hawk focuses on organizations.

Ad Hawk’s supplemental information consists of a short descriptive profile and links to the Sunlight Foundation website, if the ad is from an official campaign. If the ad is produced by a SuperPAC, then Ad Hawk adds expenditure data, noting whether the organization supports or opposes Democrats or Republicans. One of the links is to Influence Explorer, a project of the Sunlight Foundation and OpenSecrets, among others.

The SuperPACApp treats official ads like SuperPAC ads and has greater depth. Not only does it provide more information about each ad than Ad Hawk, the SuperPACApp has an ad archive. This means you can check out an ad that is not currently playing.

I tested several ads on my iPhone 4 using YouTube as my “television.” In each case, the SuperPACApp identified the ad much faster than Ad Hawk. The SuperPACApp FAQ says it may need 12 seconds to identify an ad; Ad Hawk may need 30 seconds. With most TV ads being 30 seconds or less in length, the interested voter will need to keep her smartphone on and open to the app to successfully check out an ad in real time.

The Sunlight Foundation database for Ad Hawk is not as extensive as that supporting the SuperPACApp. On several occasions, Ad Hawk failed to make a match; it also crashed frequently.

A deep dive into the SuperPACApp

In January the FEC thought ad spending for the 2012 campaign cycle could top $11 billion.

It was numbers like these that inspired Jennifer Hollett to join forces with Dan Siegel to create the SuperPACApp. Their idea began as a project in an MIT Media Lab social television class.

In the basic ad view for SuperPacApp, it highlights the producer (is it the campaign, the committee or a superPAC?) and signifies their influence based on dollars raised and spent. If you aren’t familiar with an organization, don’t worry: The app reveals its political orientation. These data come from the OpenSecrets database, a project of the Center for Responsive Politics.

Key for the fact-checking voter, the SuperPACApp summarizes the claims made in each ad (some ads have more than one) and provides links to resources like PolitiFact and FactCheck. The app incorporates standard iOS functionality; you can easily open one of these links in Safari or in the app. The SuperPACApp team doesn’t tell you if the ad is filled with truthiness; that insight is left to you and the community.

Although ad-matching relies on a computer-based system that depends on well-written algorithms, the claim summary and supporting links are a human-based system, according to co-founder Hollett, a Canadian broadcast journalist.

If you want to learn what other voters think about an ad, you have to cast a vote. Doing so will reveal how many voters (as a percentage) rate an ad in each of four categories: fail, fishy, fair and love. I like the three Fs because they sound like reasoned judgments. But love? Love is an emotion. It’s possible to “love” an ad that fails on truthfulness if the ad matches your worldview.

However, it’s not possible for an individual to game the system. Any vote you cast acts like a bookmark and slots that ad into the MyAds view in the app with the vote highlighted. Votes cannot be changed — one vote per phone.

Here are some items on my wish list for such apps:

The SuperPACApp provides no information about the community. A superficial analysis suggests that the voter base is liberal in political orientation, based on the number of President Barack Obama-supportive ads with “love” ratings and Mitt Romney-supportive ads with “fail” ratings. A less charitable interpretation might be that Romney’s ads are less truthful.

Hollett and Siegel — Glassy Media — are currently working out of the MIT Beehive Cooperative startup accelerator. The app has received funding from the John S. and James L. Knight Foundation.

The SuperPACApp rests upon TuneSat technology. COO and co-founder Chris Woods explained in a press release: “We’re thrilled that our detection technology is being used to provide clarity in the political process.”

According to Hollett, the SuperPACApp debuted as the No. 1 free news app in the Apple App Store, and has “cracked the Top 100 Free Apps.” The two are working on the next version of the app; they will announce it at superpacapp.org as well as their social channels, @superpacapp and Facebook.

I asked Hollett what advice she might have for entrepreneurially minded students.

“Work hard, think strategically, and stay focused. Execution is key for any business idea, and life in general,” she said.

> The Washington Post is tracking ad spending in the presidential race and has an interactive map of the country which highlights the swing states. It also lists ads by message and has made a judgment on number and dollar amount devoted to negative ads.

Independent expenditures represent spending by individuals, groups, political committees, corporations or unions expressly advocating the election or defeat of clearly identified federal candidates. These expenditures may not be made in concert or cooperation with, or at the request or suggestion of, a candidate, the candidate’s campaign or a political party.

> Ari Melber explains on MediaShift why fact-checking has gone viral this election season.