Public Insight Network: How the Symphony of Collaboration Will Play Out 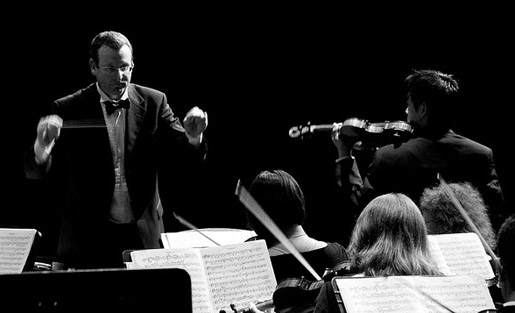 Nearly 10 years ago, the Public Insight Network began as an experiment in radically improving journalism by harnessing the intelligence and expertise of the audience. We started simply, at MPR News, but soon began to open up the network to partners, and in so doing, asked journalists a simple question: Will you open up to collaborate with the public, and with other newsrooms?

Facebook and Twitter were still years off, newspapers had yet to appreciate the extent of the coming digital revolution, and that simple question seemed like heresy at the time: What right-minded news organization needed to collaborate? But that was the old way of thinking — the industrial mindset organized around scarcity and control. The new networked mindset — the desire to make things mutually — was nascent, but the momentum was obvious. (See Josh Stearns’ overview of the forces driving collaboration.)

In many ways, with PIN and with journalistic collaboration more broadly, the orchestra is just starting to warm up. A cacophony of instruments is tuning and testing separately, waiting for a conductor to tap the podium, and begin."

Now, the fact that close to 70 newsrooms are part of the Public Insight Network — among them small public media newsrooms and very large news organizations like the Washington Post, National Public Radio and the Miami Herald — is one small testament to how much journalism has opened up to new, more collaborative ways of working. Other signs of a change are cropping up. There’s the new Center for Collaborative Journalism at Mercer University. And there are a growing number of examples of news organizations teaming up and sharing bylines, like in this recent Education Week project that incorporated the work of 13 newsrooms.

But in many ways, with PIN and with journalistic collaboration more broadly, the orchestra is just starting to warm up. A cacophony of instruments is tuning and testing separately, waiting for a conductor to tap the podium, and begin.

Collaboration of the Future

So when it begins, what will this idealized, yet-to-be-heard, collaborative symphony, sound and look like? Here’s a glimpse of how it might play out.

To start, it would like involve a story (like education) that is at once national and very local — a story that can only be fully explained by connecting many dots. Imagine one day that the issue of water quality happened to rise to the forefront of our public consciousness. The spark might be another oil spill, a discharge of toxic waste, a new scientific report on levels of harmful chemicals or discarded pharmaceuticals.

Whatever the cause, we collectively, suddenly become alert to a fundamental threat to our most precious and pervasive shared resources. The big news orgs decide to produce packages of coverage with interactive data visualizations (see the New York Times’ Toxic Waters series from 2010), and reporters are dispatched to parachute into a few towns to provide windows on the bigger picture. Local papers and TV stations prepare to ask how vulnerable their water supplies are, with de rigeur live shots in front of the local water processing facility. Hashtags trend; links are shared; live chats are held.

All’s well and good. But if past experience is any guide, this approach would lead to a brief spike in public interest, some declamatory political rhetoric, perhaps even some big awards for public service journalism. But does it change the system? Does the average American take notice? One only needs to recall the 35W bridge collapse and the resulting scrutiny of our crumbling roads and bridges. It followed much the same pattern (crisis, burst of interest, apathy), and failed to lead to any sustained interest in improving the country’s infrastructure (for reference, see the American Society of Civil Engineers Report Card for America’s Infrastructure).

But this time, a motivated news organization with a clear vision for what’s possible, and the wherewithal to link up disparate but like-minded partners, believes a more coordinated effort could raise greater awareness. They envision a project spanning dozens of newsrooms and genuinely involving the public in gathering critical data — a project, in other words, that provides the necessary networked journalistic firepower to create sustained interest and real impact.

I’ll provide a picture of what I’d like to see: The Public Insight Network teams up with Cosm (formerly known as Pachube) — a service that allows people to connect any kind of device that generates data, and translates the data into a form that can be read by other applications — investigative newsrooms, data specialists, and big national news concerns to acquire and distribute water quality monitors to tens of thousands of people around the country, including student teams, environmental groups, and others.

They gather data from the distributed water quality devices using Cosm’s API, and export the data to data visualization specialists, or an Ushahidi-powered crowdmap, creating a stunning visualizations of hotspots for water quality problems, and show data as it’s flowing in, real time. Hacks/Hackers chapters organize hackathons like this to turn the big data dump into mobile, geo-located apps that allow anyone with a smartphone to gauge the health of their local water supply.

Water testers and people with direct experience also share their stories with Public Insight Network partners via online surveys like this, which generates a feed of on-the-record sources and on-the-ground stories that any newsroom can use to generate a package of local or national coverage. Regional newspapers use the local data from the water testers and the narratives from PIN sources to create rich, probing accounts of local water conditions — a far more in-depth approach than they could otherwise have managed in so little time.

Investigative newsrooms, including members of the Investigative News Network, use the data and stories and discover a less-innocent set of culprits for the threats to our water system. They use that data to inform questions for city managers, water quality experts, hydrologists and others who have hands-on experience with our water supply. The patterns in their responses and the data suggest problems are clustering in ways that are more than random.

The resulting coverage and engagement leads to unprecedented scrutiny of the country’s water system sustained over months by communities around the country using the data and the storytelling to hold their leaders to account. City councils preside over passionate public meetings, states launch inquiries, and Congress holds hearings, leading to a panoply of policy changes and new standards for testing water sources and informing the public.

Nothing in this scenario is all that farfetched. The technology, networks and willingness to collaborate are in place to make this kind of coordinated journalistic project real. And if we’re really focused on public service, the only way to understand the dangers of an increasingly complex and interconnected world is to become more complex and interconnected ourselves. That’s the premise of Dave Weinberger’s new book “Too Big to Know“ — that networking knowledge is the only way to truly make sense of all the data we have at our disposal.

So what’s stopping us? My hypothesis is that it’s a lack of coordination, which is another way of saying, we need leaders. After all, collaboration doesn’t just happen organically. There has to be both a shared self-interest and a force that brings the pieces into alignment. That force could be a consortium of news organizations (like the group behind the Public Media Platform), or a single newsroom with enough clout and vision to get the orchestra’s full attention.

Andrew Haeg is product manager for the Public Insight Network (PIN) at American Public Media and was a 2008-2009 Knight Fellow at Stanford University. In 2003, Haeg co-founded PIN, an online initiative which systematically incorporates the knowledge and insights of the audience into journalism at close to 70 news organizations. Today, more than 160,000 people are part of the Public Insight Network. Haeg helped lead a team that won two Batten Awards for Innovation in Journalism, and the Inaugural Knight EPpy Award for Innovation in Journalism. He earned his master’s in journalism from Columbia University, worked as a business and economics reporter for Minnesota Public Radio News and as Midwest correspondent for The Economist.