The Pedagogy of Play and the Role of Technology in Learning 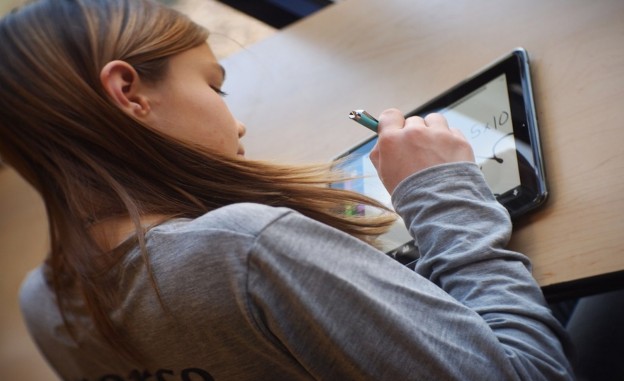 The goal of the videogame “Civilization” is to build a civilization that stands the test of time. You start the game in 4000 B.C. as a settler and, with successful gameplay, can create a civilization that lasts until the Space Age. Throughout the game, you need to manage your civilization’s military, science, technology, commerce and culture.

One doesn’t read “The Decline and Fall of the Roman Empire” to develop strategy before playing the game. One starts by playing. This is true for all videogames. You start by exploring the world with curiosity and begin to develop a hypothesis of what you’re supposed to do. Through trial, error, pattern recognition, logic and chance you continually reformulate your trajectory.

This model of learning is not only effective for videogames but for all digital tools, and I would argue that play — especially in the digital sense — is emerging as a pedagogical keystone for education in the 21st century.

Stuart Brown, M.D., explains in his book, “Play,” how a range of scientific disciplines have revealed the importance of lifelong play. Playfulness amplifies our capacity to innovate and to adapt to changing circumstances. Adults who are deprived of play are often rigid, inflexible and closed to trying out new options. Play is an active process that reshapes our rigid views of the world.

The power of play

Play is also a powerful vehicle for learning, something that’s been underscored for me in my work at San Francisco University High School where we began a one-to-one iPad program in the fall.

The iPad has been hyped as a device that will revolutionize education. And, while I’ve witnessed glimmers of this potential, it isn’t microwavable. Migrating from an analog to a digital environment sounds simple enough, but the reality has been more disruptive.

Disruption can signal the onset of innovation, but this isn’t comforting to the
organizations and individuals that are at the epicenter of such turbulence. Yet with a
schema of play, we can start to mitigate the resistance to change.

The virtues of Apple’s intuitive interfaces have been widely extolled, and while you don’t need to be computer-savvy to navigate the operating system, there still is a learning curve. As we’ve designed training programs to make the learning curve as frictionless as possible, I’ve noticed that sessions that put a premium on play were not only more effective at cultivating the targeted skills, but also encouraged a growth mindset.

The atmosphere of play created a sandbox where both students and faculty could explore the features of the device and apps with the spirit of curiosity and experimentation. Rather than solely being guided through this virtual landscape, they were learning how to orient and guide themselves. Within this learning model, the teacher or trainer shifts into more of a coaching role. The value of this approach extends beyond the classroom because students begin to develop a self-reliance that enjoys independent experimentation and exploration.

Play is vital for normal cognitive, social and emotional development. It reduces stress and increases well-being. Absence of play leads to maladaptive behavior.

As positive as play is, it requires the ability to make mistakes. It implies being able to entertain multiple scenarios and outcomes. Bubble logic, i.e., our testing culture, is diametrically opposed. Our systems of education haven’t prepared us to think and act playfully, nor do our institutions of work by and large encourage this behavior. Yet it is this kind of playful disposition that is the muse of all great thinkers, artists and innovators.

Joichi Ito, the director of the MIT Media Lab, in a recent New York Times essay emphasized the correlation between innovation and play. In Ito’s view, retaining childlike qualities such as idealism, experimentation and wonder is vital for innovation. In his words, “I don’t think education is about centralized instruction anymore; rather, it is the process establishing oneself as a node in a broad network of distributed creativity.”

Play is about exploring the possible. In times of rapid change, exploring the possible becomes an essential skill. We don’t have maps for the territory of tomorrow. As a result, all citizens must become explorers of this emerging world. The best way to prepare for the emergence of the future is to learn how to be comfortable with uncertainty. To be comfortable with uncertainty, one must remain fluid, receptive and creative — in a word: playful.