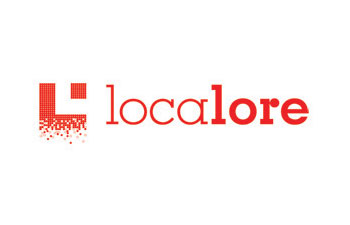 The following post is from Jessica Clark, who is the media strategist for the Association of Independents in Radio (AIR), which produced the Localore competition.

From Fargo to Austin, and Boston to the Bay Area, 10 public stations across the country are now poised to ramp up their innovation capacity. They’ll be incubating projects led by winners of the Localore competition — announced today — who include independent and station-based producers, distinguished documentary filmmakers, gamers, data journalists, and front-edge developers.

Localore, produced by the Association of Independents in Radio (AIR), is a $2 million project that tasks independent producers with leading collaborative teams to invent new forms of reporting and storytelling. Localore’s mantra is “go outside” — their productions will reach beyond public media’s core platforms and traditional audiences. More than $1 million comes from the Corporation for Public Broadcasting to support the lead producers in developing 9-12 month projects with the stations, with additional funding from the MacArthur Foundation, the National Endowment for the Arts, and the Wyncote Foundation.

Localore is the second in a series of projects spearheaded by AIR that tap producers to reinvent public media, building on the legacy of the successful Makers Quest 2.0 project (MQ2). This time around, makers weren’t the only ones submitting their big ideas. Stations were also invited to strut their stuff, on the Station Runway, where 61 of them posted short, evocative audio and video profiles to entice producers to collaborate with them.

The result was an unexpectedly moving portrait of a diverse industry seeking new talent and strategies to engage a broader public. Sparking broad interest, Localore.net has drawn in nearly 7,500 unique visitors since its launch in mid-September.

Working with a Selection Committee, AIR matched promising producers with stations and then made the final selections:

These producers represent a “new breed,” observes Localore Executive Editor Noland Walker, “one that can perhaps best be described as a ‘skilled adaptor.’” They are willing to make sacrifices: to move away from their homes, and to bring together and lead a team of collaborators in a new way to make something that will benefit the station and local community.

Mounting this competition was just the first step — now that the winners have been announced, the real work of reinvention begins. Producers will begin launching the projects in March, and we’ll be tracking their progress on AIR’s blog, across Twitter via the #Localore tag, and on Facebook.

Watch this space — once things get rolling I’ll be back with an update.

Jessica Clark is AIR’s Media Strategist, and an internationally recognized reporter and expert on the transformation of public interest journalism. She writes regularly about public media innovation and policy for MediaShift.