5 Key Takeaways from the ONA Educators Group on Facebook 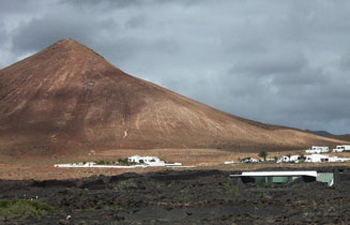 Buildings precariously close to the slopes of a volcano in the Canary Islands. Photo: Henry Burrows, Creative Commons License

Teaching digital journalism sometimes feels like living on the slope of a volcano — you never know when some seismic rumble in the news industry will give your curriculum a tumble, or when a new technology will erupt and leave your tools up to their kit in hot lava.

At least that’s how it sometimes seems, taking the podium at the bleeding edge of the journalism business. Students and schools expect — rightfully or not — that you’ll be an expert in every new digital technique, even if it arrived milliseconds before. Digital faculty don’t have the option to brush off the same old class notes year after year, adding a couple of new cases, and coasting with a new crop of students. We have to reinvent our syllabi every term — sometimes it feels like every week — in order to help our students gain mastery of new tools, and, importantly, to put those tools in the larger context of journalistic practice.

Luckily, social media offers new opportunities to tap into those crowdsourced smarts. The Online News Association for instance, a year ago launched a Facebook group for its academic membership. Now 250-members strong, that collective conversation has blossomed in recent months into dozens of great exchanges over new tools, techniques, practices and principles.

I recently collected some 50 of those threads into a wiki-style document on the group’s page, and this group Q&A tracker reveals a great range of discussions. They’re generally focused around very practical questions, from the technical (the best tools to transcribe audio) to the practical (teaching image use and copyright) and the philosophical (what skills j-school students should know now that they didn’t need in 1990).

This column, the first in a planned monthly series, plans to plumb those conversations for pedagogical best practices, creative ways to work industry advances into the classroom, new technologies to advance the turf, case studies we can learn from, and more such insights.

Five Things My Colleagues Taught Me About Teaching

To start things rolling, I thought I’d share this sampler.

Go ahead and join the conversation at the ONA Educators Facebook group, posting your own questions and sharing your insights. And let us know about topics you might want to read about here in this column. Whether it’s a rubber band or an HTML5 tool, if it makes your work in the classroom easier and more effective, we want to know about it and get the word out.

[NOTE: The ONA Facebook group is a closed group (at least for now), and so to join the conversation you need to become a member of the ONA. Last summer, I was asked by ONA to help find ways to glean information from the Facebook group into a set of FAQs or “best practices.” The wiki Q&A tracker and this column are a part of that effort.]

A. Adam Glenn is associate professor, interactive, at the CUNY Graduate School of Journalism, and a long-time digital journalist and media consultant. Connect with him on Facebook or LinkedIn, and follow his Twitter feed.