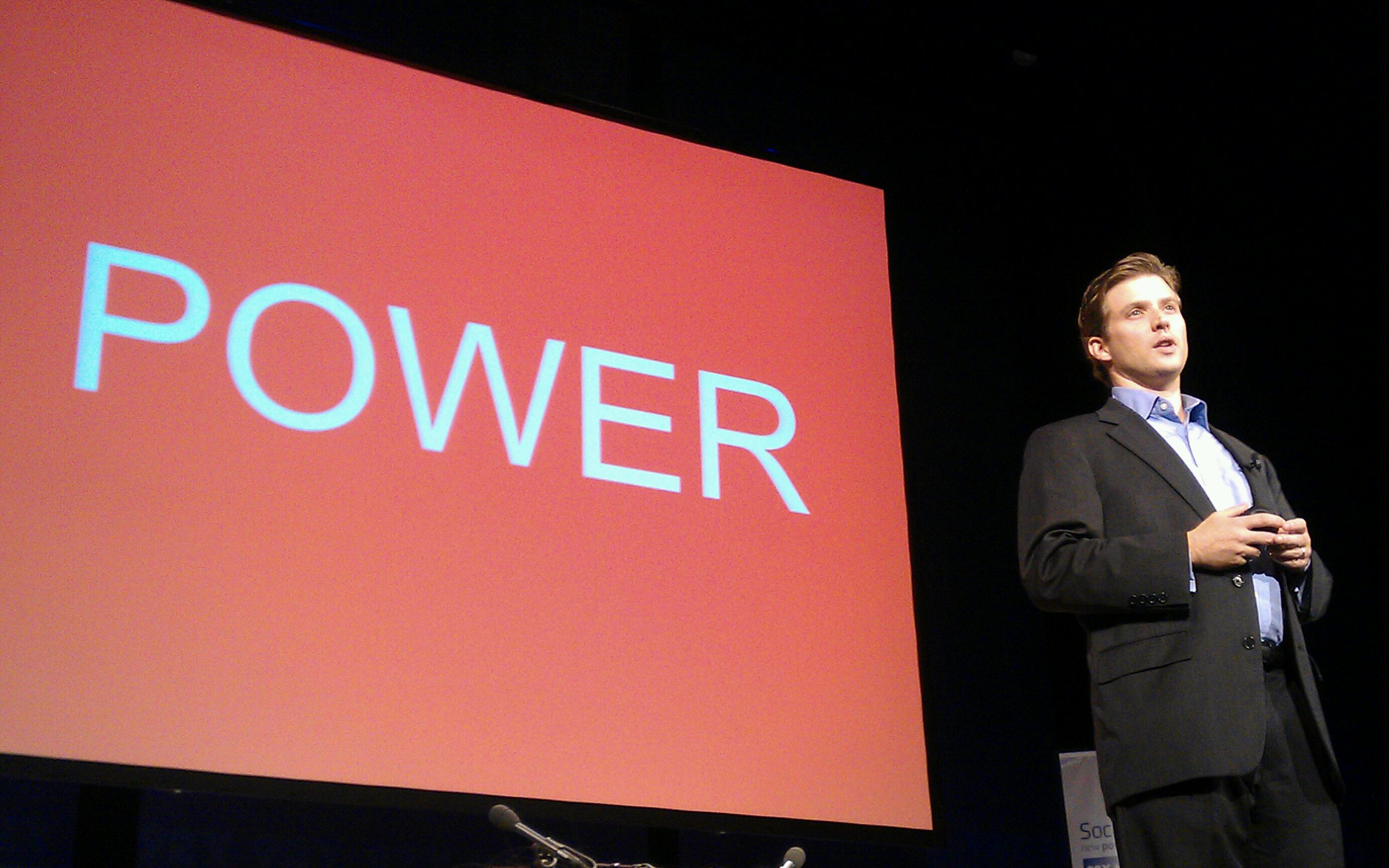 The new era of connectivity is creating new forms of transparency, in which the various parties to altruism can now encounter each other online, for a compelling new conversation."

The second Social Good Summit, mounted by Mashable, 92nd Street Y and the United Nations Foundation with support from Swedish mobile phone giant Ericsson is, in Mashable’s words, a chance for “the most innovative technologists, influential minds and passionate activists [to come together] with one shared goal: to unlock the potential of new media and technology to make the world a better place.”

A large number of presentations were oriented around celebrities and focused on generating traffic — as in “Would everyone please tweet my cause right now?” — but were short on tangible results. (If 1,000 teenagers tweet in a forest and there’s no one to hear, do they make a sound?)

But there were also plenty of new developments in the field. Here are some of the highlights.

The first development is the rapid movement of global philanthropies onto ever more agile platforms. Consider, for example, the legacy “Save the Children” campaigns, which connected donors with impoverished children through personal letters. The first wave of digital updates included initiatives like Kiva, which pioneered online crowd-sourced micro-finance.

At the Social Good Summit, charity:water’s Scott Harrison gave an Ignite-style introduction to the next chapter with mycharity:water, or “dollars to projects.” This is the newest iteration of his “Big Idea,” which is that effective digital philanthropy can offer unique benefits to both the donors and the recipients. The recipients, many of them in sub-Saharan Africa, receive wells yielding clean water, which instantly addresses a vast array of health and development obstacles. The crowdsourced donors receive a first-hand view of the wells their donations are digging — thanks to an unusually well-conceived back-end as a platform and an inspired use of Google Earth as the telescope. Harrison reported that “each donor gets an email reporting where his individual donation went,” along with GPS coordinates and photos of “their” villages. charity:water also benefits from a partnership with the illustrious International Rescue Committee to implement work in the field.

Charity:water scores high on transparency, and its website includes a highly favorable rating on the Charity Navigator. Yet in the highly complex world of development, it’s surprisingly difficult to place such efforts in the context of the billions of dollars that are spent around the world. How does charity:water relate to larger government aid projects? How can different water-related projects work together to achieve maximum benefit?

These are the questions that perturbed another speaker at the summit, Howard W. Buffett (Warren’s 27-year-old grandson). Buffett (whose sober talk was decidedly un-Ignited) recounted his dismay when he traveled to Thailand working on tsunami relief. There he encountered a sight that is familiar to most emergency aid workers: legions of aid agencies tripping over each other with overlapping projects, trying to spend their budgets and “record results” in ways that resulted in vast amounts of waste and culturally insulting behavior.

Buffett, who knows about a bottom line, came away believing in the need for “social value investing as a new paradigm for development.” He used his platform at the summit to announce his aunt Doris Buffett’s new program to promote university-level “non-profit studies” through her Learning by Giving Foundation. “Innovation has no power without implementation,” he warned. It’s unclear whether this initiative will have a media component (though it’s easy to imagine how a mapping platform could serve it). Howard G. Buffett (Howard W.‘s father) has been easing into the media space with a project to promote reporting on women and agriculture in Africa.

on the hunt for new ideas

Many speakers were invited to the summit based on past successes, but used the occasion to appeal to the audience for new ideas. This was the case for idealist.org founder Ami Dar (who is seeking to localize community activism through idealistnyc.org) and Grameen Bank founder Muhammad Yunus. In both cases, their initial ideas took flight, attracted vast numbers of participants and some imitators. But in the tech world, there is constant pressure for ideas that reach maturity to continue to evolve (along with the veiled threat that the failure to do so will be punished).

The push to innovate has touched every sector of society, including formerly reticent circles such as diplomacy. At the Social Good Summit, one of the U.S. government representatives was Dr. Raj Shah, a former Gates Foundation officer who was appointed the head of the United States Agency for International Development (USAID) last year. Shah announced the creation of a new initiative called Fwd (for “Famine, War and Drought Relief”), which seeks to attract emergency donations for the massive catastrophe currently unfolding in the Horn of Africa. USAID has been funding some innovative media projects around the world, but itself has one of the more staid websites. The new FWD site borrows design elements from around the web, including an SMS-based mobile giving platform (#777444).

A little later, Shah’s State Department colleague, Alec Ross, spoke about the “devolution” of political power that is growing out of the digital revolution. On the one hand, he commented, Secretary of State Hillary Clinton was able to engage with young Egyptian online critics through masrawy.com, a leading Egyptian portal. The days of pretty children presenting flowers to visiting dignitaries are over, Ross said. At the same time, Ross noted the perils of the current situation. For him and his diplomatic colleagues, these are embodied by Wikileaks, whose State Department cable dumps are rendering traditional diplomacy impossible.

What does all this add up to? Well, a blurring of the lines, to start with. Community activists, corporate financiers, and government bureaucrats are mixing it up (sometimes with mixed results). Many questions remain unanswered (starting with independent verification, since each of these sectors have been known to put out their own versions of events). On the other hand, the new era of connectivity is creating new forms of transparency, in which the various parties to altruism can now encounter each other online, for a compelling new conversation.