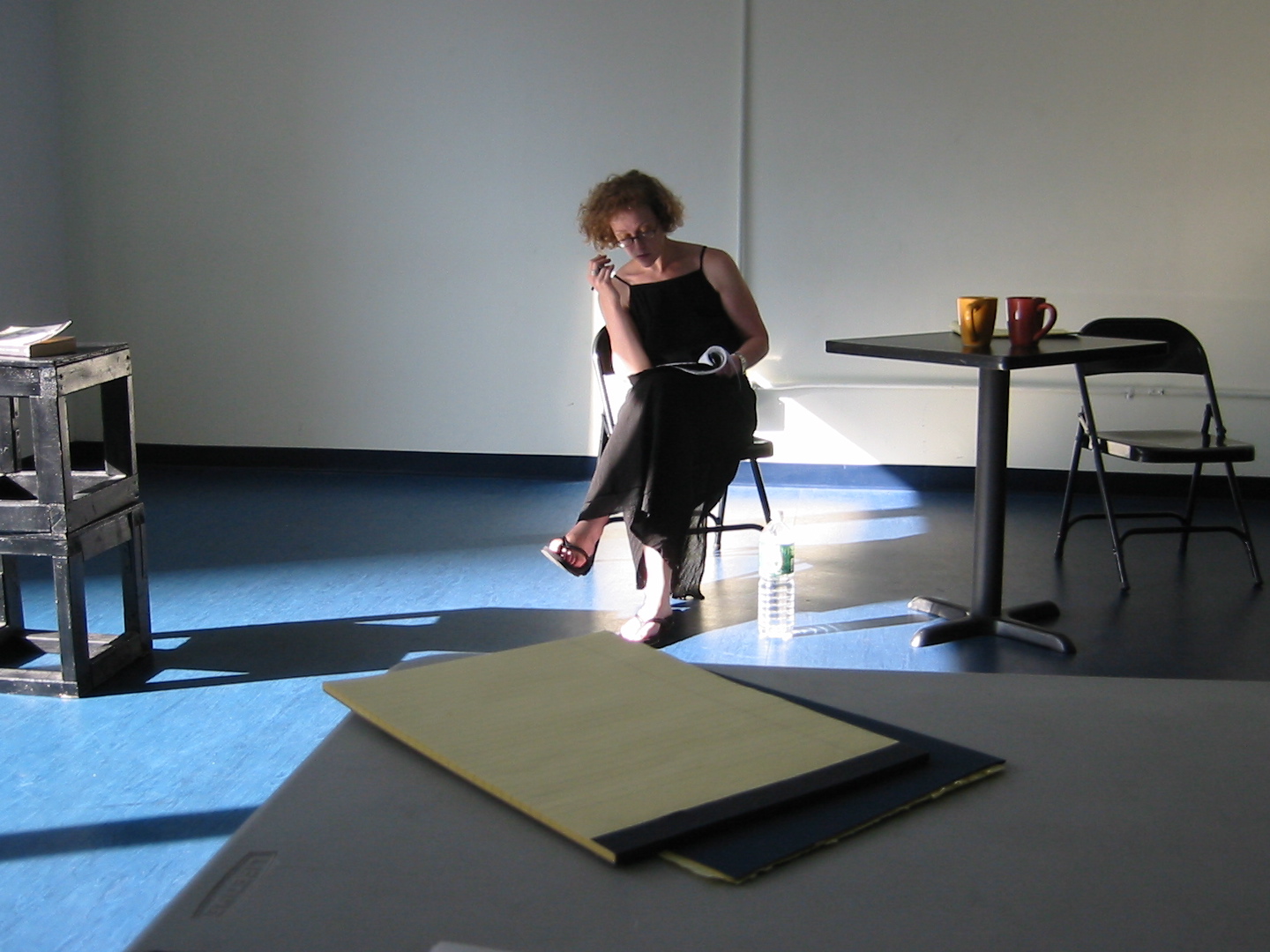 Actress Melissa Wolff prepares to perform in "The Guys."

There is nothing like an anniversary to force you to notice change. In New York City this weekend, a lot of us are contemplating what’s happened over the past decade: to ourselves, to our city, and to the world.

One of the most startling realizations is the shift in the role of the media since the attack. We remember watching it on television, getting landline calls from relatives — many of us didn’t have cell phones at that point. Some of the victims of the attack were able to offer farewell messages to their loved ones via cell phone, but the services crashed shortly after. (Most firefighters didn’t have cell phones for weeks after the attack, nor was there Internet in the firehouses.)

I realized that there are some things that no electronic media can offer, that are rooted in the human connection."

One of the many devastating aspects of that day was the additional damage that resulted from the lack of communications coordination. Before the towers went down, there was no way for police and fire department radios to communicate with each other. Relief organizations struggled with overlapping efforts in some areas, and deficits in others. Thousands of New Yorkers desperately sought to learn of the survival of their loved ones, some for weeks after the attack.

The news coverage was affected as well. Rumors flew wildly across the airwaves. (At one point a television reporter stated there might be “ten planes” in the attack, and the public had little means of checking the story.) As a community, we couldn’t share our experience on social media, because the world was still awaiting the creation of Facebook (2004), YouTube (2005) and Twitter (2006). Blogging was in its early days, and many now-prominent bloggers found their voices in response to the events of 9/11. Citizen journalism was in a nascent phase. Those who question the value of social media need only think of how digital platforms have helped in subsequent relief efforts.

There has been some progress in coordinating communications and frequencies between police and fire services (but more could be done). The Google Person Finder has been developed over the past decade in response to the world’s tsunamis and earthquakes; such a platform would have been critical to the families of missing persons at the World Trade Center.

In 2001, people — journalists, rescue workers, citizens — went to great lengths, trying to do their best under the impossible conditions. Yet there was something important missing, particularly in the media landscape. In New York, we entered a dream-like world in which stunned survivors reached out to each other in unfamiliar ways. We spoke to strangers, gave up our seats on buses, and wept, sometimes in public. The conventions of traditional broadcasting did not lend themselves to our reality, especially as the country catapulted into war. The tenor of our experience was reduced to a footnote. Many of us recall the New York Times’ Portraits of Grief as one of the few media experiences that reflected our sensibilities.

A poster for the Japanese production of The Guys

Through a strange assortment of circumstances, I responded to the situation by writing a play, The Guys. It was a very simple play about my experience helping a fire captain write eulogies for the men he lost that day. It was opened downtown, a few blocks from Ground Zero, 12 weeks after the attack, and ran for over a year. As I continued to teach my graduate media class and ponder the role of media, I realized that there are some things that no electronic media can offer, that are rooted in the human connection.

The Ancient Greeks understood it, and their theater served as both the news media and a spiritual mediator for their populations traumatized by war and upheaval. Theater allows people a unique exchange of human energy and community, a kind of call-and-response dynamic as the actors and the audience share a text.

Hundreds of community and “black box” theaters, with their bare-bones stages, tiny audiences and dedicated actors, embraced my play and brought it to communities across the country. It’s playing in some 75 productions and 33 states the week of the anniversary, usually in benefit performances for local fire departments and related causes. And in a strange convergence, they’re tweeting their schedules and sharing their experiences with each other on a Facebook group. I realize that one of the central questions of the play, “Are you ok?” — which came to me in 2001 in a barrage of emails — would have been answered in an entirely different manner if social media had been available then.

I’m actually shocked at the way I’ve been avoiding television this week. Facebook and Twitter are providing me with the people and the information I need on a personal level, and I’m reading cautiously, selectively, in print and online. I don’t want to dwell on violence and hatred, nor do I want to focus on the unfortunate policies that have been pursued in the meantime. I want to hold on to the memory of what I learned with my 8 million neighbors in New York City in September 2001, in all its sorrow and beauty. I’m startled to find that, this time around, I am doing so in small, quiet theaters and with friends around the world, online.