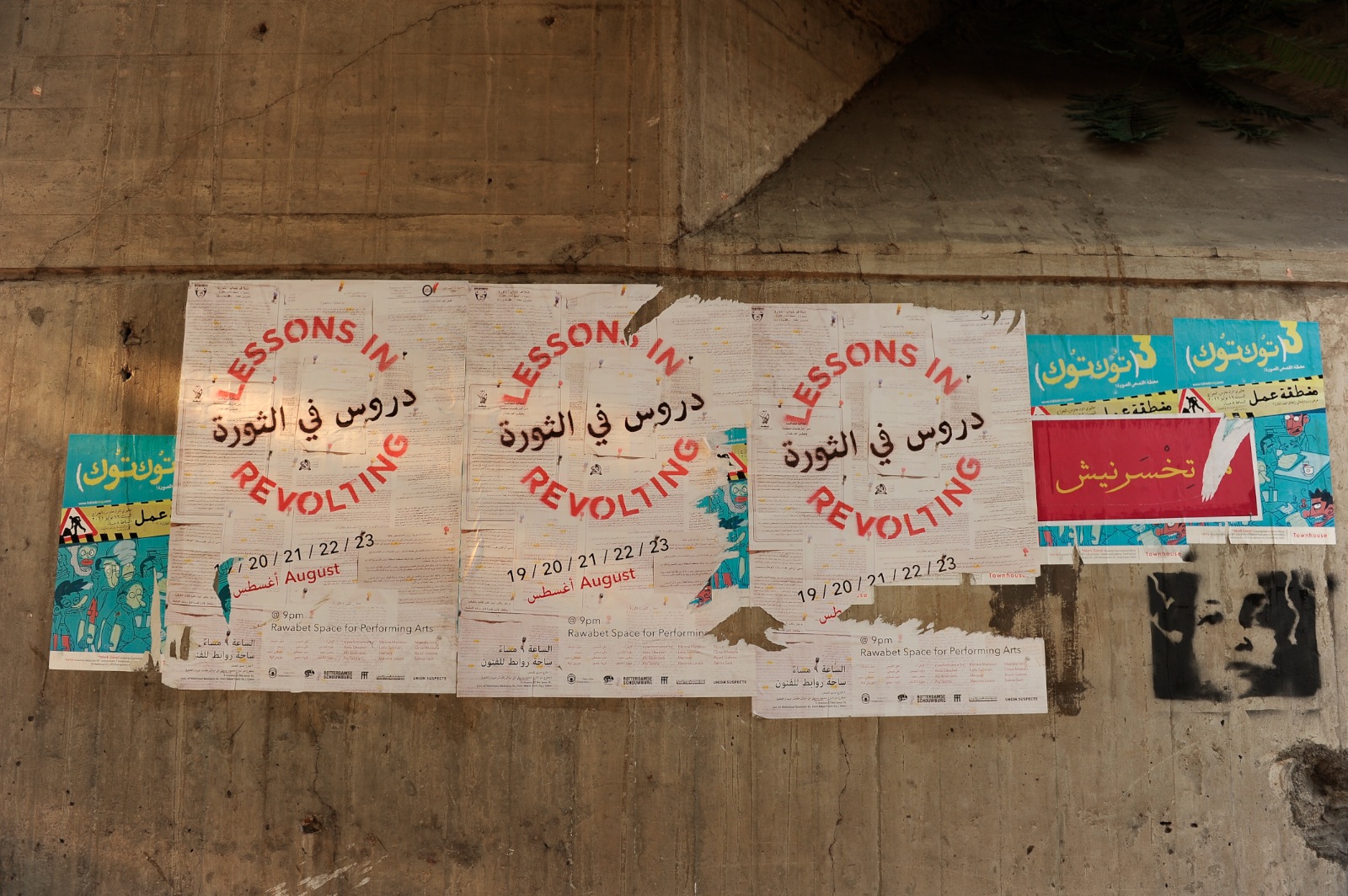 The revolution is far from over. Activists are trying hard to mobilize the masses again. Poster close to Tahrir square. Photo by Hanna Sistek.

This piece was co-written by Hanna Sistek.

CAIRO — The revolution in Egypt is unfinished business. While new online tools are used to strengthen civil society, activists are still struggling with the digital divide when it comes to mobilizing masses against the army and the remains of the old administration.

"I see this revolution having been aborted too early. The revolutionaries celebrated in advance, without understanding who would lead the country during the transition." -Adel Iskandar

On a Saturday evening in Cairo, a digital campaign against military trials for civilians is on. Activists are posting comments on the Facebook site of the Egyptian Armed Forces, whose Supreme Council — the SCAF — holds power in Egypt. SCAF took over after President Hosni Mubarak was ousted in the revolution in February.

Human rights groups claim that 10,000 civilian Egyptians have faced military trials since the uprisings began — which is more than during the Mubarak regime.

The campaign was announced on a Facebook page and about 8,000 participants have joined. After bombarding the SCAF’s site with comments for 15 minutes, the crowd moved on to criticizing the ministries’ sites.

After a while, an official closed the comments sections on the Facebook sites. Activists continued the discussion, however, on Twitter with the hashtag #nomiltrials.

“Twitter and Facebook are the ways we keep the momentum going. We protect and defend people. We campaign there,” said Salma el Daly, an Egyptian videoblogger.

She, like the other Egyptian activists, is not happy with the proceedings after the spring uprising. The old regime is still in power, and the army has its foot on the neck of the country. Not so much has changed since Mubarak left, and many view the revolution as an unfinished chapter.

“But we will make the change happen. It is only a matter of time,” she said.

As the military has closed Tahrir Square from demonstrations, smaller protests are happening elsewhere in Cairo. Facebook pages, such as We are all Khaleed Said, with more than 1.6 million followers, are used for spreading the message about protests and campaigns.

“The Khaleed Said page is a machine now. Almost everything that is posted there goes viral instantly,” said Adel Iskandar, a media scholar from Georgetown University who specializes in the Middle East.

But just like during the uprising, online activism is merely one way of protesting. It is more crucial to get boots on the ground, and activists on the streets.

The April 6 Movement, one of the central organizations behind the revolution, arranges protests in several parts of Cairo. Five minutes from Tahrir Square, young Egyptian activists gather for TweetNadwas, a series of online and offline meetings, to discuss the next steps in campaigning.

The rise of citizen journalism

In the latest TweetNadwa, the topic was citizen journalism, and in the warm evening in Cairo, seasoned tweeps and bloggers shared tips for efficient use of mobile phones for footage and pictures. Among the participants was an influential group of Egyptian bloggers — many who write under pseudonyms and are largely known solely by their Twitter handles.

Some among the digital elite are concerned about the small amount of Egyptians following Twitter and Facebook. An estimated 10 percent of 80 million Egyptians are on Facebook. “The link between citizen journalism and mainstream media is crucial,” said Gigi Ibrahim, one of the prominent revolutionaries at the TweetNadwa, also known as a blogger called the Angry Egyptian.

Ibrahim also gathers pictures of accused human rights violators on Piggipedia, which is a Flickr collection of pictures of policemen, soldiers, and other officialdom.

One strategy for the change is to make wrongdoings in society visible, and “crowdpower” is a way to make this happen; there is a TortureMap for crowdmapping torture and another one for corruption.

“Transparency is a weapon against corruption. The more information there is about the span of the problem, the bigger possibility there is for a change. And when people know which police stations are corrupted, they can be prepared for that and, for example, hide video cameras and shoot incidents at the station,” said Kamal Sedra, a digital activist.

Sedra is the managing director of DISC, or the Development & Institutionalization Support Center in Egypt. He has set up crowdmapping efforts several countries in the Middle East by using the open-source crowdmapping platform Ushahidi. In Egypt, he has set up a site for citizen monitoring of the elections. It allows citizens to report from their polling stations by SMS or online.

Social media to fund the change

Crowdfunding initiatives in Egypt also have been organized through social media. In an online event called Tweetback, Egyptians gathered funds for humanitarian projects. Companies, non-profits and individuals were invited to donate.

In return for funds, the most prominent Egyptian digital activists tweeted about the companies’ charity initiatives to their hundreds of thousands of followers. Tweetback raised 2 million Egyptian pounds (more than $330,000), and the money was directed to support an impoverished neighborhood in Cairo.

However successful some of the online campaigns are, the Egyptian activists are facing serious challenges as the revolutionary 18 days this spring are drifting further away. Egyptians are getting tired of ongoing restlessness and protests, and the unity of the country is diminishing as religious minorities, such as Coptic Christians, are emigrating to safety abroad.

A TweetNadwas participant checks his phone. Photo by Hanna Sistek.

“I see this revolution having been aborted too early. The revolutionaries celebrated in advance, without understanding who would lead the country during the transition,” said Adel Iskandar.

The military is hugely popular with the general public in Egypt, making it a challenge to shift public anger from the ex-president to the army. One of the reasons for the army’s popularity is the fact that it was legally forbidden to criticize it over the last six decades. Few Egyptians are aware of the relationship between the military and the regime of Hosni Mubarak.

“The military has been a black box for the last 30 years. We were not allowed to write about them, to talk about their funding. So because we don’t know anything about them, we can’t hold them accountable,” Iskandar said.

Videoblogger el Daly said she respected the military just like most of the nation. Her perception changed only after soldiers chased her and other activists from Tahrir Square during a peaceful meeting between Christians and Muslims.

“That was eye-opening for me. I went home and I videoblogged about it so that everybody can see how our military is,” she said.

This post is a part of a story project “The Cloud in Egypt: Help or Hype?” which is being crowdfunded on Spot.Us. You can support the project by donating for the pitch on Spot.Us, or taking the survey to earn free credits on Spot.Us.