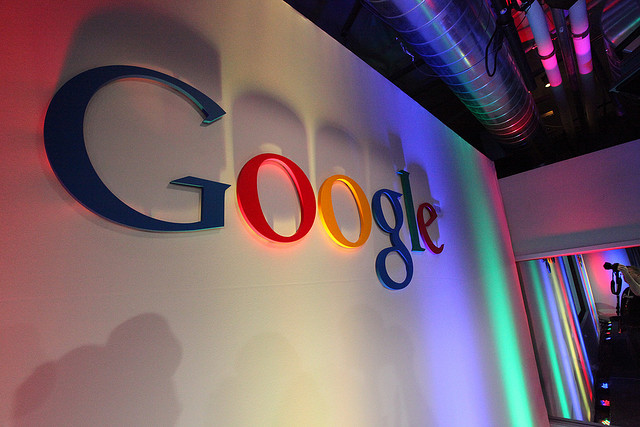 Photo by "Robert Scoble via Flickr":http://www.flickr.com/photos/scobleizer/.

Google’s $12.5 billion deal to purchase Motorola Mobility was foolish, savvy, naive or clever, according to various analysts commenting over the last two days.

In fact, it’s probably all of those things, and how well it pans out will depend on how it’s executed. Let’s start with the reasons the deal looks foolish, then some ways it could work.

Google probably didn't want to lose another chance, and deals like this don't come along every day."

Google seems a different company since co-founder Larry Page took over as CEO from the seasoned and more staid Eric Schmidt in April.

Entrepreneurs take risks, and few have Google’s ability to take big ones, with about $39 billion in cash, and billions more filling its coffers every quarter.

It is hard, though, to understand how the company that makes Motorola phones fulfills Google’s stated mission “to organize the world’s information and make it universally accessible and useful.”

Google does seem to be again taking it to Apple. These days every big step Google takes puts the two on a collision course — from telling publishers it will take only 10 percent of sales (compared with 30 percent in the iTunes store), to creating the Android operating system (whose phones have surpassed the iPhone in sales) to creating the tablet-optimized Honeycomb OS.

This graph shows Apple stock outperforming Google’s over the last year. Graph from Yahoo Finance. Apple is the red line, Google the blue.

Using its funds to buy Motorola could be a brilliant move that secures much-needed patents (see below) and puts Apple on the defensive by bringing Google into two more of Apple’s arenas: making smartphones, and tablets via the Motorola Xoom.

Or the move could be a drain on Google’s resources and distract it from its core mission.

2. Google is Out of Its Realm

Google is not a manufacturing company. It doesn’t sell its own products.

It may ultimately be useful for Google to gain manufacturing expertise and learn the challenges of making devices that run its software. But for now, it doesn’t have that expertise.

Yes, Motorola must have expertise in these areas. But it’s also been running at a loss for years.

There’s a reason that Apple has become such a phenomenon — they make coveted devices and market them brilliantly.

Besides, if what Google really wants is Motorola’s patents, as some assert, why did it spend a 45 percent premium over Motorola’s stock price to acquire the entire company?

Google, if the deal is approved, will be adding 19,000 new workers, two-thirds more than today, who come from a different company culture. And, as Zicklin School of Business M&A professor Jay Dahya has noted in the classes he teaches, conflicting culture often destroys value in mergers.

As the creator of Android, Google can couch itself as a digital Switzerland, providing the open-source platform for anyone who wants to use it on any device.

But as the owner of Motorola, the Internet giant will by definition be allied with one party in the fight.

Suppose you were running the smartphone division of Samsung. Mightn’t you at least consider slowing the speed at which you’re incorporating Android into your devices?

The CEO of Nokia — which is in trouble as a company after having bought and adopted the Symbian platform — is warning makers to be afraid.

In his book about Google, Ken Auletta notes how Page and co-founder Sergey Brin seemed unable to fully grasp the unquantifiable in making executive decisions, especially when it had to do with fear of the unknown among the company’s partners and customers.

WHY IT COULD WORK

Now that I’ve cast doubt on whether the merger will work in the long run, let’s look at the upside for Google and how it could work.

Whether sparked by patent trolls” or legitimate claims, battles over technology patents have been heating up. A number of analysts have couched the purchase of Motorola as a way to secure nearly 25,000 current and pending Motorola patents.

Fighting over patents, according to Deninger, is “a new strategy for large caps [companies with a high market value] to battle each other.”

Google a few weeks ago lost a bid to buy more than 6,000 patents from telecom company Nortel to a consortium including Apple, Microsoft, RIM, Sony and Ericsson.

Google probably didn’t want to lose another chance, and deals like this don’t come along every day.

With its own patents, Google could now be able to swap intellectual property rights — said to be a common practice in Silicon Valley — and avoid costly court battles. “Patents matter, and they’re going to matter more and more each day,” Deninger said.

Mobile phones are not easy to place measurement cookies on. As much as Google knows about web usage through Google Analytics, its DoubleClick advertising network, Gmail and more, it has a harder time tracking usage on mobile phones.

With Motorola, Google should have more ways to build measurement tools into devices that deliver data to Google that helps it serve more effective ads, social networking, and more.

3. Google Could Sell Pieces of Motorola

Just because Google owns all of Motorola Mobility doesn’t mean it has to continue to do so. If Google just wants patents, it can keep those and sell the manufacturing businesses.

It could benefit from Motorola’s TV division — potentially bolstering its own efforts in Google TV — or sell that division off.

And by buying all of Motorola, Google can keep competitors guessing as to which part or parts are really germane to its larger strategy.

4. Google Has Some Device Experience

Handhelds and computers are melding, and will eventually become indistinguishable. Apple’s new Lion operating system incorporates an interface that both iPhone and iPad users are used to, for example.

With the iPhone, iPad and computers, Apple has seen its stock value skyrocket even as Google’s has stalled (see chart above). Apple for some of last week popped above Exxon to become the world’s largest company. Google no doubt wants some of that value, too.

Google isn’t a device-making company, but it has put efforts into Chromebook computers and Nexus One phones.

Google has in the past turned companies it buys into successful ventures.

The company put down more than $3 billion to buy DoubleClick and has started to integrate the ad network’s technologies and methodologies into its other advertising products. Google bought Urchin, and turned it into the hugely popular Google Analytics measurement service.

Even if Google takes a bath on Motorola, it makes so much cash that it can afford to do so. And, like Apple CEO Steve Jobs learned when running the ultimately doomed Next company, the lessons can be turned into future success.

What lies ahead for Google

There’s a seminal scene in Auletta’s book when Page and Brin criticize a development team for not taking big enough risks in proposing the new version of a Google product.

Google has piles of cash. It, as a business, needs to figure out something to do with that cash to create value. Spending $12.5 billion of it on Motorola certainly gives Google some sway over a key part of the communication world it is looking to influence.

There could be synergies we aren’t seeing. When AOL bought the Huffington Post, many neglected the power HuffPo has to drive traffic to its page-view-hungry parent.

Motorola could accelerate Google’s ascendancy in mobile. Maybe we’ll even see the Xoom become more of a competitor to the iPad.

An award-winning former managing editor at ABCNews.com and an MBA (with honors), Dorian Benkoil handles marketing and sales strategies for MediaShift, and is the business columnist for the site. He is SVP at Teeming Media, a strategic media consultancy focused on attracting, engaging, and activating communities through digital media. He tweets at @dbenk.