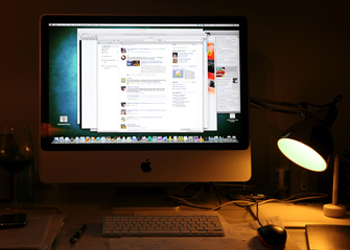 If we are hurtling toward an irreversible rewriting of the collective definition of privacy, isn't the author all of us?"
Click here to see the entire series
ADVERTISEMENT

As our public selves merge perceptibly with our private selves on social networks, our notions of what constitutes privacy — arguably even the very definition of privacy — is undergoing a radical revision.

Mark Zuckerberg audaciously quipped in 2010 that privacy was no longer a social norm. For many of the 600 million-plus users of Facebook, the idea of a “private” profile apparently persists. Yet, there arguably is no such thing.

It started with this premise: Given the known attributes of some fraction of users in an online social network, can we infer the personal details — geographic location, interests, and schools attended — of the remaining users?

The conclusion was perhaps predictable: Yes.

It was the high degree of accuracy that wasn’t. Even when given information on as little as 20% of users, the personal attributes of the remaining users could be determined accurately an astonishing 80% of the time. (One sample graph from the study is at left.)

The study’s findings align neatly with the formulation known as homophily and defined as love of the same, a term coined by sociologists more than half a century ago. Put more simply, we are friends with people like us.

And yet this natural grouping into tribes actually inhibits privacy. We can adjust our privacy settings on Facebook, cloaking our friend lists to “friends only” or “friends of friends,” yet this is a fool’s errand.

“Almost all privacy mechanisms available to users today are based on access control: users can specify which other users are able to view the content or information they upload,” the researchers wrote. “Our results show, however, that even information that is not provided by users can sometimes be inferred from the user’s location in the network.”

In other words, our online networks reflect commonalities easily inferred by even the most basic of algorithms. Just by joining — often under the illusion of privacy — we reveal ourselves.

But few stop there. We share some of the most intimate details of our lives — romantic entanglements, snapshots of children, education, and work history. We even friend and “like” brands, post news of purchases in our Facebook News Feeds, and berate companies for bad customer service.

This pervasive conversation on our collective consumption habits turns what was once one-dimensional data into a more holistic and contextualized profile of specific consumer groups.

Online networks reflect offline connections. We live near, go to church with and spend time with friends like us. Yes, online networks infuse data streams with a level of granularity never before available, but the ability for brands to isolate a certain group of people isn’t exactly new.

Ironically, it’s the data required by government institutions that’s made traditional consumer targeting possible — from the Census Bureau and U.S. Postal Service to birth records, court records of marriages, and even traffic tickets — all sources that arguably spawned the multi-billion dollar direct marketing business. This data isn’t optional; participation in a civilized, market-society requires it. And all of it, to varying degrees, is publicly available for companies to access and interpret.

By contrast, many of today’s online advertising applications operate in the zone of halfnimity — a middle ground between full identity and online anonymity. Terms like “targeting” and “tracking” tend to conjure more troubling notions, something comparable to a credit report or medical record.

That’s not to suggest that more insidious tracking and trafficking of such information doesn’t occur. Private investigators, for example, can now acquire certain profile information, such as your Facebook username, from various paid databases, and that data may be linked to other identifiers, like your Social Security number, creating a permanent history. Unlike criminal, civil, credit and driving records, use of this kind of information in a pre-employment check or background investigation is not currently limited by federal law.

A Transparent and Uncertain Future

In 2011, online behavioral marketing will be coming out of the shadows and into the spotlight. Consumers need to understand the indirect benefits of online ads and the potential tradeoffs of opting out. Brands should be telling that story, too.

Because it’s not just government intervention that could pull the plug on online ads. The free, open-source AdBlock Plus (yep, the name says it all) recently became the first browser-based add-on to be downloaded over 100 million times.

As Facebook grows ever larger and more powerful, we’re increasingly caught in a zero-sum game between participation and privacy. The emerging cultural norms of transparency, openness and connectedness involve some inherent sacrifices.

In massive numbers, we are opting-in and theoretically making ourselves vulnerable — but vulnerable to what, really? RapLeaf and other companies that sell your personal data? The People’s Republic of China? The threats remain largely abstract, opaque, and seemingly academic. Persuasion is the stock-and-trade of marketers and brands, not coercion. We are not required to reveal the intimate details of our lives. Instead, we are increasingly choosing to do so.

If we are hurtling toward an irreversible rewriting of the collective definition of privacy, isn’t the author all of us? With every new status update, we may be entering a Faustian bargain, but we really can’t see whose hand we’re shaking.

Mya Frazier is director of trends and insights at Engauge, one of the nation’s largest independent advertising agencies. This article is adapted from the Engauge 2011 Digital Outlook, a comprehensive report on the future of marketing in the digital era. A former business journalist, she has been a staff writer at Advertising Age and The Cleveland Plain Dealer. You can follow her on Twitter or read her blog on Forbes.com.