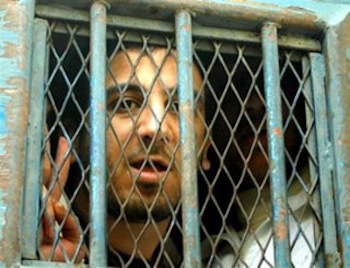 On the positive side, Egyptian blogger Kareem Amer was set free this year after spending four years in jail.
As of today, 112 netizens are in jail. This is an improvement over the 151 that were arrested in 2009. So does that mean things are getting better?"
Click here to read all the year-end roundups
ADVERTISEMENT

Despite some good PR for online freedom this year, online censorship grew and became more subtle in 2010. Online propaganda remains strong within countries like China and Iran, where media censorship is everywhere and the governments have mastered online censorship tools. These countries are as efficient as hacktivists when it comes to controlling information.

China and Vietnam remain among the most repressive countries, with 77 and 16 netizens in jail, respectively (read our recent report on Vietnam here). Thailand is unmerciful when it comes to lese-majeste laws (also read our recent report about how this law is being abused). And a new player, Venezuela, is on the verge of adopting a bill that will introduce Internet filtering and a range of penalties for online media for vaguely worded offenses.

Democracies such as France are also taking further steps to implement a legal framework for online filtering. The French government is working on an ineffective and dangerous online filtering system that could jeopardize the work of journalists and bloggers in the name of fighting child pornography.

Overall, netizens continue to be victims of threats and unfair trials and arrests. In just one example, a 28-year-old Egyptian human rights activist was beaten to death by police in Alexandria on June 6.

But along with the setbacks, 2010 saw a few high profile cases that hinted at an improving state of affairs for online freedom. The positive developments include Egyptian blogger Kareem Amer being set free in November after completing a four-year jail sentence, Turkey ending its two-and-a-half-year ban on YouTube in the spring 2010, and Turkmenistan, which has been called the “European North Korea,” began to slowly open up to the Internet.

As of today, 112 netizens are in jail. This is an improvement over the 151 that were arrested in 2009. So does that mean things are getting better?

Netizens and the Public Interest

Activists gathered to commemorate the anniversary of the tainted milk scandal

Despite the strengthening of online propaganda and the growing expertise being developed by what we at Reporters Without Borders call the Enemies of the Internet, netizens keep finding ways to practice online freedom of expression even in the most repressive countries. In 2010 netizens proved the essential role they play in repressive societies. In China and Russia, netizens denounced corruption by local authorities and made important information available to their fellow citizens.

Overall, the environment, corruption, health care and politics remain the main topics focused on by the netizens defended by Reporters Without Borders. For example, in China, the activist Zhao Lianhai created a website to detail the effect that contaminated milk powder sold from Chinese company Sanluon had on young children. An estimated 300,000 children in China were made ill, 50,000 were hospitalized and at least six newborn babies died as result of consuming the milk powder. One of Lianhai’s children was made ill by the milk powder, and he used the website to urge parents to bring a class action suit against those responsible. In the end, Lianhai was sentenced to two-and-a-half years in prison for “inciting social unrest.”

Netizens and the Law

Because the Internet is still a vague legal notion in many of the countries, it has always been easy for repressive regimes to convict netizens on vague charges. As an example, netizens belonging to minorities can be accused of “separatism,” and using the Internet and social media can be considered activities aimed at overthrowing the government.

2010 was no stranger to legal absurdity. In Azerbaijan, two well-known bloggers Adnan Hajizade and Emin Mili were released after spending more than a year in jail for “hooliganism.” This was because they went to the police to report after they were assaulted in a restaurant by two men. In Egypt, blogger Ahmed Hassan Basiouny will be tried by court martial for creating a Facebook page that offered advice and information to young people thinking of enlisting in the Egyptian army.

When Google decided to withdraw its email services from China after being a victim of cyberattacks, the issue of corporate responsibility gained worldwide attention. Later in the year, Research In Motion (RIM), the Canadian manufacturer of the BlackBerry smartphone, was involved in a situation that showed we cannot expect technology companies to respect human rights. The company has been under intense pressure from several governments to allow access to encrypted BlackBerry communications, among other requests. The nature of the agreements made between RIM and these governments remains unclear due to conflicting statements from the parties. Reporters Without Borders has called for more transparency so that users know exactly what’s going on.

Compared with the past decade, authorities and governments have never put as much energy into attempts to control online content. But this is good news. It illustrates that online free speech is spreading and netizens are winning. The battle is not lost in advance, but it is still far from being lost.

Photo of tainted milk event by jiruan via Flickr

Note that on December 30 Reporters Without Borders will publish its annual round up for 2010, which presents the number of bloggers attacked, arrested and jailed, as well as the number of countries who practice a form of Internet censorship.