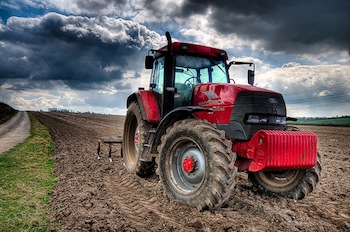 Working on a content farm isn't for everyone. Image by Andrew Stawarz via Flickr
I was completely aware that I was writing crap." - Demand Media contributor
Click image to read more in this series
ADVERTISEMENT

“We are going to be the largest net hirer of journalists in the world next year,” AOL’s media and studios division president David Eun said last month in an interview with Michael Learmonth of Ad Age. Eun suggested that AOL could double its existing stable of 500 full-time editorial staffers in addition to expanding its network of 40,000 freelance contributors. Many of the jobs will be added to its hyper-local venture, Patch, while the majority of AOL’s freelancers will work for the company’s content farms — Seed and the recently acquired video production operation, StudioNow.

These two areas into which AOL is ambitiously expanding are the fastest growing sectors of the journalism market. Hyper-local networks like Outside.in and content farms such as Demand Media are flourishing. As Eun’s bold prediction indicates, more and more journalists will end up working for new online content producers. What will these new gigs be like? To better understand, I reached out to people who have already worked with some of the big players.

“A lot of my friends did it and we had a lot of fun with it,” said one graduate of a top journalism graduate program when asked about her work for Demand Media. “We just made fun of whatever we wrote.”

The former “content creator” — that’s what Demand CEO Richard Rosenblatt calls his freelance contributors — asked to be identified only as a working journalist for fear of “embarrassing” her current employer with her content farm-hand past. She began working for Demand in 2008, a year after graduating with honors from a prestigious journalism program. It was simply a way for her to make some easy money. In addition to working as a barista and freelance journalist, she wrote two or three posts a week for Demand on “anything that I could remotely punch out quickly.”

The articles she wrote — all of which were selected from an algorithmically generated list — included How to Wear a Sweater Vest” and How to Massage a Dog That Is Emotionally Stressed,” even though she would never willingly don a sweater vest and has never owned a dog.

“I was completely aware that I was writing crap,” she said. “I was like, ‘I hope to God people don’t read my advice on how to make gin at home because they’ll probably poison themselves.’

“Never trust anything you read on eHow.com,” she said, referring to one of Demand Media’s high-traffic websites, on which most of her clips appeared.

Although chief revenue officer Joanne Bradford has touted Demand’s ability to give freelancers a byline and get their pieces published to “a great place on the web,” the successful writers I interviewed made great efforts to conceal their identities while working for the content farm.

The prospect of seeing their names in the travel section of USAToday.com or the small business page of the Houston Chronicle’s website — two newspaper sites where Demand now contributes content — did not interest them. The working journalist who previously wrote for Demand is only listed as “an eHow Contributing Writer” on her pieces while Christopher, another Demand freelancer I spoke with who asked to only be identified by his first name, chooses to write under a pen name.

(Note: MediaShift tried multiple times to get Demand Media to talk to us on the record for this series, but they declined, saying they were not doing media interviews due to competitive reasons.)

Like the working journalist, Christopher cited Demand’s compensation as his primary reason for working with the company. For the past two years he has written for the company to supplement the salary he earns as an adjunct professor at a mid-sized Midwestern university. Although Demand pays only a meager $15 or so per piece, by choosing easy prompts and writing them up very quickly, Christopher managed to collect a tidy sum for his time and effort. Christopher forces himself to pump out a minimum of three per hour for three hours a day. “For me it’s always the hourly rate,” he said. “I won’t [write for Demand] if I feel I can make money doing something else.”

Christopher has tried other content farms but keeps coming back to Demand Studios. Lured by higher per-article pay rates from AOL’s Seed, he wrote three pieces, only one of which was published. Unlike at Demand or Yahoo’s Associated Content, which pays as little as $0.05 a piece, Seed freelancers cannot claim a given topic. So even though this actual story request for a thousand word piece on post-traumatic stress disorder among doctors and nurses in the military might earn a freelance journalist $205, they could also earn absolutely nothing for their labor.

As Yolander Prinzel of the blog All Freelance Writing explained, to freelance for Seed, you must create “content on spec, without any real direction and cross your fingers hoping you didn’t just waste your time … You and goodness knows how many other writers all rush to find that magical, mystical voice that will satisfy the faceless editors.”

Unable to determine what had caused Seed to buy one of his pieces for $30 and reject the other two without any substantial feedback, Christopher told me he “just said screw it. It’s so random.”

Other AOL contributors have had better luck with Seed. Since February, Megan Cottrell has been a regular contributor to Wallet Pop, a consumer finance site owned by AOL.

Although Cottrell uses the Seed system to post and edit stories, her clips owe less to a mastery of SEO alchemy than to old fashioned networking: She began working with Seed after she met one of Wallet Pop’s editors.

“I haven’t done Seed the way it’s set up [to work for most writers],” she told me. “I’ve pitched stories to [the Wallet Pop blog] Money College and had stories assigned to me.”

Although Cottrell’s experience is likely very different from that of most Seed freelancers, AOL’s use of her writing is indicative of how the company aims to leverage the work produced from the content farm. A story she wrote about student loan debt was featured in the slidebar at the top of AOL’s home page. Homegrown content from Seed can be featured or linked to on multiple platforms, all of which can earn the company valuable page views and the corresponding ad dollars.

According to a MediaShift interview with Brian Farnham, the editor-in-chief of AOL’s hyper-local venture Patch, using content from Seed “is something we’re testing and exploring, to exploit if we can, and enhance the local professionally done journalism that we’re doing.”

In an upcoming story this week, I will take a look at what it’s like to work at Patch, as well as other hyper-local ventures.

Have you worked for a content farm? Would you consider doing so? Share your thoughts in the comments below.

Corbin Hiar is the DC-based editorial assistant at MediaShift. He is a regular contributor to More Intelligent Life, an online arts and culture publication of the Economist Group, and has also written about environmental issues on Economist.com and the website of The New Republic. Before Corbin moved to the Capital to join the Ben Bagdikian Fellowship Program at Mother Jones, he worked a web internship at The Nation in New York City. Follow him on Twitter @CorbinHiar.