Why Journalists Should Learn Computer Programming 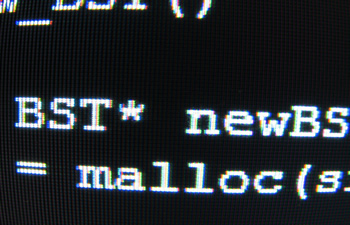 Yes, journalists should learn how to program. No, not every journalist should learn it right now — just those who want to stay in the industry for another ten years. More seriously, programming skills and knowledge enable us traditional journalists to tell better and more engaging stories.

What is important is that you're able to look at the world with a coder's point of view."

As a journalist, I’m fully aware of the reasons why we don’t learn programming — and I’m guilty of using many of them. I initially thought there were good reasons not to take it up:

Those are some of the reasons why I thought I could avoid learning programming. But I was so wrong.

Why Journalists Should Program

You’ve heard the reasons not to start coding. Now here’s a list of reasons why you should:

A Way of Looking At the World

Maybe you’re not yet convinced. Even though jQuery makes your life easier, you still need a decent knowledge of JavaScript, CSS and HTML. Django won’t help you if you never practiced Python. All of this takes time, and maybe you’ll never find enough of it to get good at all this stuff.

Still, we must try. The good news is that it doesn’t matter if you become proficient at the latest language. What is important, however, is that you’re able to comprehend the underpinnings of programming and interactivity — to be able to look at the world with a coder’s point of view.

I’m still just a beginner, but I feel that this perspective provides you with an acute awareness of data. You start looking for data structures, for ways to manipulate data (in a good sense) to make them work for your community.

When covering a story, you’ll think in terms of data and interactivity from the very start and see how they can become part of the narrative. You’ll see data everywhere — from the kind that floats in the air thanks to augmented reality, to the more mundane version contained in endless streams of status updates. Rather than being intimidated by the enormous amount of data, you’ll see opportunities — new ways to bring news and information to the community.

You probably won’t have time to actually do a lot of the programming and data structuring yourself. But now you’re equipped to have a valuable and impactful conversation with your geek colleagues. A conversation that gets better results than ever before.

So, even though it’s probably a bit late for me to attend the new joint Master of Science degree program in Computer Science and Journalism at Columbia University, I can still learn How to Think Like a Computer Scientist using the the free MIT OpenCourseWare, take part in the Journalists/Coders Ning network, and find help at Help.HacksHackers.Com).

And so can you.

Are you a journalist who has taken up programming? A programmer with advice for journalists? Please share your experiences and insights in the comments.

48 responses to “Why Journalists Should Learn Computer Programming”