Which Smartphone Is for You: iPhone or Android? 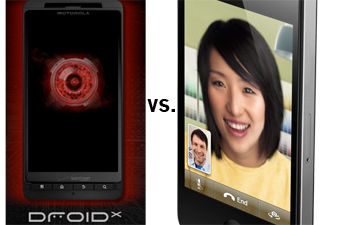 Betamax or VHS? Mac or PC? Blu-ray or HD DVD? Format wars have been waged for years in the media world, and now they’ve come to smartphones. At the forefront of those wars is the battle between the entrenched leader, Apple’s iPhone, and the more open system from Google: Android. While Apple tightly controls the apps on its iPhone, the Android marketplace is more open to controversial apps and runs on phones by a variety of manufacturers. With the recent release of the iPhone 4, and the coming Droid X from Motorola, the war just got that much hotter. So where is your allegiance? Does AT&T upset you enough to switch? Will the iPhone 4 entice you? Are you sticking with your feature phone or Blackberry? Answer our poll and give even more details in the comments below.

8 responses to “Which Smartphone Is for You: iPhone or Android?”