CCTV Shows How Public Access TV Can Transition to Digital 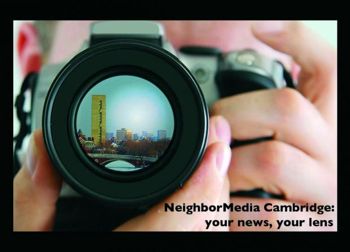 In 2008, Mike Rosen-Molina wrote on MediaShift about public access TV’s “fight for relevance” in the digital age:

In an age when it’s increasingly easy for amateur filmmakers, citizen journalists, and the general public to distribute videos online, is there any point in having a public-access cable channel? Some argue that public-access television has outlived its usefulness for this reason: Podcasting and online video have effectively eliminated the need to reserve television slots for public comment. In recent years, telecom companies have used this argument with great success to get out of having to contribute public-access funding. Lack of funding and public interest have caused many of these stations around the country to close up shop.

Since then, the fight for relevance has heated up considerably. But while many public access stations are struggling, others have been able to flourish by effectively leveraging Web 2.0 tools to their advantage. For example, Deproduction/The Open Media Foundation is spearheading the Open Media Project, a collaboration among public access stations based on open-access tools.

Unlike many other citizen journalism experiments that have petered out over time, NeighborMedia Cambridge remains sustainable."

Another successful public access station is Cambridge Community Television. It serves the city of Cambridge, Mass., through three television channels (watch a live-stream here), an extensive website, and a host of training programs. According to its website, “CCTV provides training and access to telecommunications technology so that all may become active participants in electronic media. CCTV strives to involve the diverse population of Cambridge as producers and viewers, and to strengthen its efforts through collaborations with a wide variety of community institutions.”

Colin Rhinesmith, CCTV’s community media and technology manager, said that much of CCTV’s success can be attributed to the organization’s “willingness to embrace new technology and provide easy ways for residents to use the tools.”

Rhinesmith directs CCTV’s NeighborMedia Cambridge, a hyper-local citizen journalism project. The participants include professional journalists, retired journalists who want to keep their craft going, and people with no journalism background at all. They are all deeply involved in the community. Check out the comprehensive Mediamap here, which includes stories by locals describing the resonance of various neighborhood points of interest, issues to be addressed, useful community services, and more. The interface is user-friendly and extends the public access mission efficiently for the online environment.

Unlike many other citizen journalism experiments that have petered out over time, NeighborMedia Cambridge remains sustainable. This is largely due to its funding structure (they received a New Voices grant from J-Lab in 2007). NeighborMedia has also enjoyed a symbiotic relationship with local professional journalism outlets. Its stories have been picked up by outlets like Bostonist, Universal Hub and Boston.com. If you’d like to learn more about the success of NeighborMedia and similar projects, Rhinesmith is currently organizing the “Citizen Journalism and Social Media” track for the Alliance for Community Media Conference on July 7-10 in Pittsburgh. He’s looking to connect PEG Access and hyper-local projects across the country.

How do you measure impact in a public access setting? Rhinesmith said that simple surveys have helped CCTV suss out whether their content is culturally relevant, and if it engages users in meaningful ways. They conduct pre-surveys to figure out how to target their trainings, and post-surveys to improve their process.

In a response to a previous MediaShift article on impact assessment, he said, “We provide the tools, they create the media. Surveys provide us with a way to measure how we, and our community, are doing in creating more informed and engaged local communication spaces.”

CCTV’s surveys combine a mix of open-ended and scale-based questions presented via multiple on- and offline delivery platforms, including Survey Monkey, physical printouts and telephone conversations. Phone conversations in particular have been extremely helpful in terms of driving membership. As Rhinesmith told me, “Nobody likes to be trapped inside a survey.” Picking up the phone allows for a more natural flow of conversation and more nuanced answers to questions like “What do you think?” “What do you need?” and “What do you want?”

Rhinesmith acknowledged the difficulty in trying to measure impact both among individual participants and general audience members. He noted that with the physical training center, it is easier to measure individual experiences. What CCTV — along with most other public access stations around the country — is lacking are consistent, reliable tools to measure impact across broad audiences.

This is a familiar refrain: Platforms like Nielsen are simply too expensive for most public broadcasters. Perhaps this shared challenge could serve as a rallying point for similar stations around the nation who are seeking to successfully expand online.