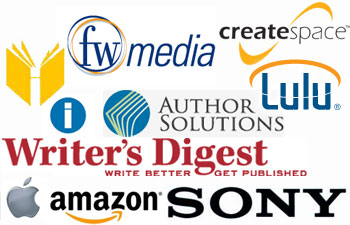 In 2001, the Wild Writing Women, a San Francisco Bay Area travel writing group of which I was a member, decided to self-publish a book of stories. Why? Because none of us could find a traditional publisher for what we thought was our best writing.

With niche books like mine, you don't really need the publisher." - Paul Lima

We had skilled publishing professionals among us, so we never considered using a vanity press. Instead, each of the twelve of us tossed in $500 and formed a small business. One of us went to San Francisco City Hall to process our business name, Wild Writing Women Press. Another bought the ISBN and bar code; others hired a book designer, edited, proofread, created a website, and chose a printer. Promotion was easy because we had 12 professional adventure travel writers talking up the book in the course of marketing our other books and projects.

Wild Writing Women: Stories of World Travel was an instant hit. We sold all 1,000 copies in the first week of publication and made back more than double our investment. Eighteen traditional publishers were suddenly interested in purchasing the book. The group decided — by a skinny 7 to 5 vote — to sell it to Globe-Pequot. Self-publishing success? Well, it’s 2010 and we’ve yet to see any royalties.

Mid-level authors already know that the era of large advances, generous royalties, book tours and media spots are over. They have to spend their own time and money to create a website and publicize their books. Publishers just don’t have the resources to offer them full support. Why? The Internet, online bookstores, e-books, and an economy in decline are cited as some root causes of the steady slump in the traditional publishing industry. In 2005 sales were down by 9 percent (and have continued to fall). Yet in 2006 print-on-demand exploded.

The 2007 Bowker report quotes Kelly Gallagher, general manager of business intelligence for New Providence, N.J.-based Bowker, saying, “The most startling development last year is the reporting of ‘On Demand’ titles…which mostly consists of reprints of public domain titles and other short-run books.”

These “other short run books” have not been sub-categorized, so it’s difficult to pinpoint specific growth areas. Arguably, the largest portion is in books created with the help of corporate author services companies (that is, vanity or subsidy presses) like Lulu and iUniverse. But also on the rise are book packagers (who do everything, which may even include writing the book for you) and true self-publishing, which is the creation of a new indie press as a small business by the author or group of authors.

Bowker’s statistics on U.S. book publishing for 2008 reported a decline of 3.2 percent in traditionally published books, while the number of print-on-demand (POD) books jumped to over 285,000, about 10,000 more books than were published by traditional publishing houses. That’s a 132 percent increase in POD from 2007 and a second year of triple-digit growth. But the fact that large and mid-sized publishers are moving to POD instead of investing in offset print book inventory certainly must contribute to this statistical rise.

POD technology has been brought to the masses by author services companies like Lulu and CreateSpace, two popular services with no cost to entry. They, and others, depend on printing price markup and add-on services to make their profit, charging from hundreds of dollars to tens of thousands to “self-publish your book.” They have refined their browser-based tools so that authors with no book design skills can upload text and point-and-click to create a book cover. Suddenly, authors who have spent years writing query letters and wooing agents are spending their time on the Internet playing with fonts and photos and hitting the BUY button to get copies of their book delivered to them.

Authors Who Never Expected to be Authors

Another market contributing to the big spike in POD is the population who never thought of authoring a book until the tools became so accessible. Family memoirs, for example. Cookbooks by church groups. Businesspeople who write books to enhance their career. Professors who author their own textbooks.

I met Christine Comaford at the San Francisco Writers Conference in 2005. The high-energy entrepreneur and CEO of Mighty Ventures decided that authorship would give her more credibility, and serve as an excellent marketing tool. Her resulting success story is a 2007 book titled Rules for Renegades, complete with a website offering free resources and high-priced DVDs.

Established writers have also turned to self-publishing. Paul Lima is a Toronto-based freelance writer and long-time journalist. In recent years, he helped grow his income by teaching seminars and selling self-published how-to books on business writing, among other topics.

“I’m not technical,” he said, “and with Lulu all I have to do is upload a hi-res JPEG photo for the cover, and make a PDF from Word to upload as the interior.”

He said that “Lulu’s distribution seemed pricey and Amazon takes their cut, too,” so Lima decided to look at another option — a partnership with a “micropublisher” called Five Rivers in Ontario. Five Rivers created a book that adhered to Lightning Source print specifications which, because it’s owned by book-giant Ingram, easily distributes through bookstores, retail e-book distributors and Amazon in the U.S., Canada, and the U.K. They also got distribution for him through the major Canadian retailer Indigo.

Lima earns a 10 percent royalty and he says that’s okay with him. “It’s a business arrangement — they’re my publisher-distributor-business partner,” he said. “The results were phenomenal. We’ve sold 1,000 copies in less than a year of How to Write a Nonfiction Book in 60 Days. U.K. sales have also been impressive.”

The distinctions between traditional publishing, vanity press and self-publishing is becoming ever more blurred, and that’s causing some anger and confusion. Publishers Weekly’s Lynn Andriani caused a stir by admitting that the subsidy and vanity presses misuse the word “self-publishing,” yet made no move to correct the error. And what would be the motivation, when the new expanded definition of self-publishing is experiencing triple-digit growth for the second year in a row while traditional publishers struggle to stay afloat?

Today’s definition of self-publishing includes subsidy and vanity presses, print-on-demand companies, and book packagers, which many would like to clarify as being publishing or author services companies.

When I queried Jane Friedman, publisher and editorial director of Writer’s Digest, about the term, she replied, “our definition of self-publishing includes all scenarios where an author pays for publication, whether that author pays an author service, a printer, an e-publisher — anyone. For example, we have an annual competition called the Writer’s Digest Self-Published Book Awards; we accept any entry where the author bears the cost of publication.” (Writers Digest charges $125 to enter the contest.)

In contrast, Lima started his self-publishing career on his own and without purchasing a package from one of these new companies. For him, having a sense of control and ownership is what makes the process attractive.

“I really like the fact that I’m controlling the book publishing process and I think that POD has really changed the relationship between author and publisher,” Lima said. “I write a book in 60 days, and 30 days later I have the final draft. With niche books like mine, you don’t really need the publisher. You’ve got your website, blog, Twitter and Facebook, and if you write non-fiction you can sell through seminars and talks and articles you write for other people.”

Would he go the same route again? Yes. And he has.

“Lulu is a great way to test your book,” he said. “You don’t need to fully commit. I like it because you can check it out in the minor leagues and then step up to the major leagues with Lightning Source.”

Carla King is a publishing and social media strategist and co-author of the Self-Publishing Boot Camp Workbook, which grew out of experiences leading workshops for prospective self-publishers. She has self-published non-fiction travel and how-to books since 1994. Her series of dispatches from motorcycle misadventures around the world are available as print books, e-books and on her website.