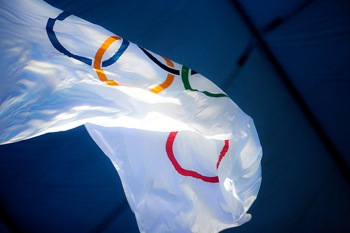 For a long time, the IOC enforced very restrictive rules for images involving the Olympic rings. Now it's encouraging people to share photos via Flickr.

At the 2006 Torino Winter Olympics and the 2008 Beijing Summer Olympics, social media was in its infancy. But in Vancouver, it sometimes seems to overshadow the accredited media.

As expected, the 2010 Vancouver Winter Olympics are the first Games to truly be impacted by social media. As a result, one question leading up to the Games was whether the International Olympic Committee (IOC) would continue to exercise its restrictive policies regarding media coverage and copyright. Would these policies change when bloggers, amateur photographers and other members of the citizen media brigade made their voices heard in Vancouver? Or would the IOC clamp down and seek to silence the voice of the crowd?

It seems the IOC is ready for a bit of change: It recently announced a Flickr Fan group. Slowly, the Olympics are changing to meet the new media world.

This is the second photo essay by Vancouver photographer Kris Krüg (view the first one here; read our Olympics coverage here). This time, he examines how social media is changing the Olympic Games.

Only accredited photographers are allowed to shoot from the media sections inside the Olympic venues. Here, you see an accredited sports photographer, who has to abide by the IOC rules, with a Flickr sticker on his lens. It’s great to see old school mixing with new school.