How to Avoid Ethical Snags in Non-Profit Journalism 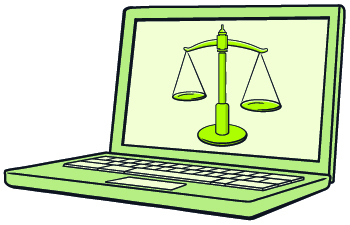 Over the past few years, dozens of centers of investigative journalism and non-profit websites have been started using money from foundations, individual donors and membership fees. The latest trend is non-profit networks that share resources.

Declining public confidence in news media will be extended to these new journalists on the block if non-profit leaders do not put transparent ethical policies into place."

Collaboration is a good thing, but it can lead to tensions among collaborators.

How can such centers and networks, with their many types of journalists, agree on editorial standards and practices? How can non-profit enterprises be independent if they are closer to, and more dependent on, a small number of supporters? This puts power in the hands of donors.

To avoid the problems and scandals that have rocked mainstream media, the non-profit sector will have to be smarter about its ethics. But how?

Many of the journalists who have spent the last few years starting non-profit centers of journalism are increasingly concerned about emerging ethical issues.

Brant Houston, Knight Chair in Investigative Reporting at the University of Illinois, is a leading figure in the “new models” movement. In a recent article, Houston described the rise of domestic and international non-profit networks, such as the Investigative News Network.

As newspapers and other journalism institutions falter, networks of investigative and alternative newsrooms are rising up, sharing resources and finding ways to more widely distribute their work…The result is they are working on stories ranging from homeland security to campus assaults to human trafficking.

Yet Houston also knows that ethics should not be ignored. He thinks INN members need a thoughtful approach to a range of issues, from defining network membership to “questions on funding and supporters.” The network has established a permanent membership and standards committee to deal with ethical concerns.

For Houston, investigative news networks, given their visibility and influence, “should represent the highest professional standards in reporting, editing, and ethical conduct. One idea is to have periodic reviews of networks by experienced investigative journalists.”

Andy Hall is a leader in non-profit centers for investigative journalism. Hall is director of the Wisconsin Center for Investigative Journalism. Hall’s center adopted the code of ethics of the Society of Professional Journalists. But he is anxious to examine more specific issues that go beyond the general principles of the SPJ code.

In conversations with me, Hall categorized the issues into several kinds, which include:

The issues of agenda-setting and advocacy challenge the new investigative centers because their journalists come from many traditions — from impartial reporting, advocacy journalism and investigative journalism. In an eclectic newsroom, will objectivity and fairness be major values? How will editors draw the line between engaged reporting and partisan advocacy?

The potential for conflicts of interest in non-profit journalism is high because, as mentioned, the journalists are dependent on relatively few funders. The old adage that whoever pays the piper calls the tune is a warning for any form of journalism.

It is encouraging to see non-profit news sites support editorial independence. Andrew Donohue, editor of Voice of San Diego, said his site has not experienced problems with donors.

“Not everyone knows the rules of journalism, but if you’re very clear and open with funders about your rules, you should be all right,” he said in an interview with Poynter. “Funders don’t have special access to reporters, don’t control what stories get written and don’t say how the stories are written.”

For non-profits, the line between funder and journalist is a wandering boundary that is difficult to honor. For example, how should editors handle stories involving a non-profit’s donor or its journalistic collaborator?

Take the Money and Run?

Consider questions about fundraising. Should non-profit newsrooms accept money from corporations, foundations, unions, or government? If you think foundations are appropriate funders, will you take money from any foundation? Does it matter if the funder is on the extreme left or right politically? Should newsrooms take the money and run?

Fundraising leads to questions of transparency. How open should non-profit organizations be about their sources of money? Already, there is disagreement. Many networks, like the INN, are committed to transparency. But not all.

As a result, Houston said, one state group formed under the Franklin Center, the Illinois Statehouse News, “has been denied a spot in the Illinois capitol press bureau and is regarded with suspicion by the press.”

What’s to Be Done?

Leaders in the non-profit area need to start an intense round of discussions aiming to lay down ethical foundations for this form of journalism. The discussions should culminate in the articulation of principles and the development of manuals of best practice.

Given their expertise in online media, non-profit centers have a unique opportunity to introduce new and interactive means by which the public can comment on and monitor editorial decisions. Non-profit centers can be pioneers in media accountability and transparency.

If non-profit leaders do not take advantage of this historical opportunity to create an ethic, they will regret it. Today, many people support these experiments. But this support will dissipate if experimenters do not show a greater concern for ethics than some of their predecessors in mainstream news media.

Declining public confidence in news media will be extended to these new journalists on the block if non-profit leaders do not put transparent ethical policies into place.

Stephen J. A. Ward is the James E. Burgess professor of journalism ethics in the School of Journalism and Mass Communication at the University of Wisconsin-Madison. He is director of the school’s Center for Journalism Ethics. Ward is the author of The Invention of Journalism Ethics: The Path to Objectivity and Beyond, and is associate editor of the Journal of Mass Media Ethics. He also writes Ward’s Words, a bi-weekly column on ethics for www.j-source.ca, Canada’s main portal for the discussion of journalism issues.

This article was originally published on J-Source. J-Source and MediaShift have a content-sharing arrangement to broaden the audience of both sites.