Why Young Journalists in Big Newsrooms Are Risk Averse 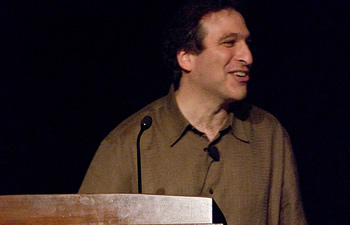 Robert Bloomfield is the Nicholas H. Noyes professor of management at Cornell University. He hosts the Metanomics show in Second Life.

I’m going to tell you a secret about my newsroom.

The 20-somethings there are indeed fast to pick up new technology such as social networking, RSS and the use of Flip cameras. They are also wonderful colleagues, as well as dedicated and intensely engaged journalists. Of course, that’s not the secret. What is surprising is that our youngest colleagues are by no means revolutionaries. They’re not the ones looking to adopt or push disruptive innovations or invent new formats. That’s largely done by people who are well into their 30s or older.

[Young journalists] are required to integrate, rather than upend convention."

This has puzzled and, I admit, occasionally irritated me. Fortunately, I gained some insight into this issue a few weeks ago while attending the Metanomics show in Second Life. It is hosted by professor Robert Bloomfield and he interviewed blogger, author and economics Professor Tyler Cowen.

Both men are media innovators. At the end of the show, Bloomfield talked about exploration, and he outlined the concept of “opportunity cost,” which refers to the cost of the alternatives you aren’t pursuing. Here’s a bit of what he said:

There is a second meaning to the age of exploration. The very young — by which I mean the 20-somethings — are filled with energy, ambition and creativity. But exploration is very expensive for them, because they get so much value from the pursuit of traditional credentials, like degrees from George Mason or Cornell. But if you are listening to this, you are probably in the 35 to 60 range. Many of you could be devoting far more of your time exploring new opportunities — again, the opportunity costs are lower for you.

I think the concept of opportunity cost can help explain why the young journalists in our newsroom seem to be more risk adverse. Contrast this reality with the persona of the young Internet entrepreneur today. They are celebrated for upending convention. Either they succeed and are applauded, or they fail, which is considered normal in the world of entrepreneurs and startups.

But the 20-somethings entering the newsroom of established media organizations seem to be a different breed. They are also entering a very different workplace environment than the one faced by young entrepreneurs. Within a large newsroom, the expectation and requirement is that young journalists work to acquire the skills and emulate the behaviors displayed by the older leaders within that environment. They are required to integrate, rather than upend convention.

If young journalists choose to revolt against convention, they will likely be rejected by the group. This means isolation within the workplace, or outright dismissal. Pushing the limits of the organization can result in a very real cost for younger journalists. It’s high risk, with potentially few rewards.

Professor Bloomfield also spoke of another concept that relates to this issue: social good. Here’s what he said:

Finally, let me emphasize that exploration is a delight and a privilege that not everyone can pursue…but it is also your duty. Exploration is a social good. Explore to the extent your opportunity costs allow. We’re counting on you to help pull us out of troubled times, and give us new ways when we get to the other side.

This means that older generations in the newsroom — those of us who have been professional journalists for quite some time and have less to lose — have a special responsibility. We have to explore, to innovate, to take risks. This is beneficial for society, and also for the 20-somethings who want to join us in exploration, but can be hamstrung by existing conventions.

What about your experience? Does the “opportunity cost” theory make sense when it comes to your newsroom or media company? Share your thoughts in the comments below.