The Year in Digital Music and Predictions for 2010 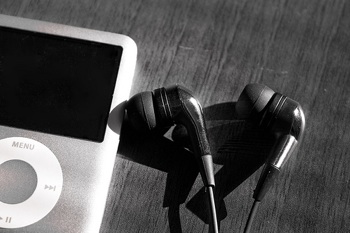 As 2009 comes to a close, and the music industry shifts focus to 2010, it’s worth looking back at some of the noteworthy events of the past 12 months. This is also the right time to look ahead and predict what will happen next year.

For some in the business, this year brought trouble after trouble; for others, 2009 was a time for growing revenue, relevance and positioning. Whichever end of the spectrum you are on, there have been few dull moments for digital music this year. And next year promises even more change and growth.

A number of high-profile acquisitions in recent months have shifted the digital music landscape.

Apple’s recent purchase of streaming/download service Lala has sparked much speculation. Articles from the New York Times, PC World, and Apple Insider have discussed possible reasons for the purchase, and most tend to focus on the creation of an Apple-powered music streaming platform.

Unlike iTunes, Lala allows users to stream music they own from the web, effectively creating an anything/anywhere platform. It would give users the ability to listen to music via the web and mobile phones without having to download the content to different devices. There’s still a scramble for a sustainable streaming model, and Apple wants in.

This is interesting on its own, as it adds a dimension to music consumption that is basically the opposite of how iTunes was built from day one. But this is only one part of why industry players are talking; everyone loves drama, and this story has plenty.

Just one month prior to Apple’s acquisition, Lala made headlines as one of the key partners in the new Google Music service. Lala, along with a number of other partners, now powers streaming music search results through Google. When a user searches for music on the search engine, the option to stream the song (as well as purchase, get lyrics, and find tour dates) appears at the top of the results. With Apple’s buyout of the company, people are left to wonder what may come of this service.

MySpace was also busy on the acquisition front, recently absorbing two music streaming services, iLike and imeem. Each of these companies had built a solid user base, but had not found the profitability investors expected. A buyout wasn’t a surprise. Speculation abounds here as well: Both of these companies offer enhancements to what MySpace currently provides, but they do not bring anything particularly new or unique to the table.

That said, these deals are not without their own drama. iLike has powered Facebook’s most popular music service for years, so this acquisition creates an interesting relationship between MySpace and Facebook. There are many other music applications on Facebook, so this development probably won’t be significantly disruptive.

The same can’t be said for imeem. It built its massive user base by allowing fans to create streaming playlists and embed them across the web. Bloggers and others relied on these players, as did web technologies such as twt.fm, which allowed users to easily tweet a link to an imeem-powered streaming track.

These services immediately broke last week when, without warning, MySpace completely pulled the plug on the imeem service. All traffic to the imeem.com domain now points to MySpace Music, and all backend access to the site (via its APIs) is turned off. This has created unhappy fans, bloggers, and developers.

Is innovation flourishing, or is the herd thinning out? These were only some of the more high-profile acquisitions this year. Expect to see more in 2010.

Another important trend this year was the continued emergence of a hyper-charged direct-to-consumer business model. Companies such as Topspin, Audiolife, Nimbit, and Reverb Nation are enabling artists to interact with — and sell to — their audiences in many new ways. I wrote about this topic in a MediaShift article earlier in the year.

The idea of direct-to-fan goes back decades. Massive value can be created when an artist engages their audience directly. This has been demonstrated for years at concert merchandise booths, and online in the form of things such as newsletters and e-commerce using PayPal.

The difference, and the reason this topic is on people’s minds, is that technology has quickly propelled the D2C marketplace both downward and forward. Direct-to-fan has always worked well for large bands, or for artists with momentum. Now, small artists — if, and only if, they are creative and good — have the tools to recreate this revenue stream at their level. It doesn’t mean every garage band can quit their day jobs, but it does mean more artists have new opportunities to make a living.

Forecasting, marketing, commerce, distribution, customer service, analytics, and deep fan engagement are all now available to artists at any stage of their career. This year saw some highly innovative and often successful campaigns run by emerging artists. In 2010, more artists will embrace this model, which means a lot of noise and competition. It will be more of a challenge for the brilliant acts to shine through.

What Else is Next

A few more thoughts about the year ahead:

There are many more things on the horizon. I’d love to hear your thoughts on the state of the digital music industry, and what’s next.

Jason Feinberg is the president and founder of On Target Media Group, a music industry online marketing and promotion company. He is responsible for business development, formulation and management of online marketing campaigns, and media relations with over 1,000 websites and media outlets. The company has served clients including Warner Bros. Records, Universal Music Enterprises, EMI, Concord Music Group, Roadrunner Records, and others with an artist roster that includes Har Mar Superstar, Flipper, George Thorogood, Steve Vai, Robben Ford, Chick Corea, and many more. You can follow Jason on Twitter @otmg