In Search of the Perfect Skillset for a Programmer/Journalist 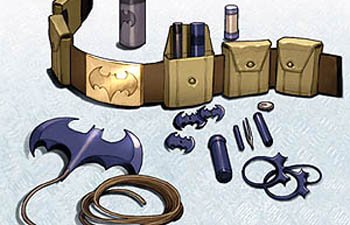 In my first post about programmer/journalists, I wrote about the “how computer-assisted reporting (CAR) evolved into this new role.

Although not all programmer/journalists started with CAR, that skillset is still the basis for any programmer/journalist. CAR skills start with obtaining data and public records. Knowing where to find this information, either online or by request, is the starting point for any project. The next step is organizing and making sense of the data using spreadsheets or databases.

I think you have to have an interest in the public good - an overdeveloped sense of the public's right to know, and of what people need to know." - Matt Waite

Brian Boyer, a graduate of Medill’s journalism for programmers master’s track and now News Applications Editor at the Chicago Tribune, responded with this list:

Matt Wynn, a reporter at the Arizona Republic, replied that, “The ability and willingness to learn quickly trumps all, methinks. Who knows what tools there will be tomorrow?”

It’s a valid point. For now, let’s look at some cool projects and see which technologies were used to create them.

ChangeTracker watches the White House’s website so you don’t have to. Whenever a page on whitehouse.gov changes, they let you know — via email, Twitter, or RSS.

ChangeTracker wasn’t built using any programming; it was designed so that it could be used by novices on any website. It’s just a combination of some cheap web tools that already exist: Versionista and Yahoo Pipes.

Represent and Repsheet are two applications that let you look up your elected representatives, view your local political districts, and track news about your government representatives.

Represent and its Chicago cousin, Repsheet, are Django applications. Represent is written in Python, but the geocoder was built using Perl. The app uses Postgres as the backend database, and the PostGIS spatial extensions to do the heavy-duty GIS work.

“Join us in digging through the documents of MPs’ expenses to identify individual claims, or documents that you think merit further investigation,” reads an invitation from the Guardian. “You can work through your own MP’s expenses, or just hit the button below to start reviewing.”

The Investigate your MP’s expenses project was built on Django, although other frameworks and languages would have worked, too.

“You absolutely could build this in Ruby on Rails or in PHP,” Simon Willison, the developer of the project told the Nieman Journalism Lab. But “as far as I’m concerned, this is absolutely Django’s sweet spot. This is absolutely what Django is designed to do…”

You can read about other cool journalism web apps in my Innovation Spotlight series from earlier this year. One thing that becomes clear for that series is that many programmer/journalists blog, use Twitter or otherwise write publicly about how they’ve built applications.

Aside from the Twitter feedback I received, I also conducted instant messenger interviews with some of my favorite programmer/journos.

If Ryan Sholin, the director of news innovation at Publish2, was hiring a programmer/journalist for a news organization, he’d “be looking for someone who could work with maps, databases, and who knows enough about any one web framework to make that content visible and sortable.” For example, he’d want someone who has experience with GIS, XML, Flash or PDFs, XML and Django.

Derek Willis of the New York Times would like programmer/journos to have all possible skills. But in a general sense, he breaks the skillsets down into three categories:

Matt Waite of the St. Petersburg Times and PolitiFact focused on traits, rather than skills.

“I think you have to have an interest in the public good — an overdeveloped sense of the public’s right to know, and of what people need to know,” he told me. “I think you correspondingly have to have a deep distrust of the notion that anyone knows what anyone else needs to know. Because who are you to know? Who are you to decide? Would you like other people to be in charge of what you know?”

Waite clarified that a programmer/journalist is not expected to be “Computer Jesus.” But “the more you know about the entire request-response cycle, the better off you are.”