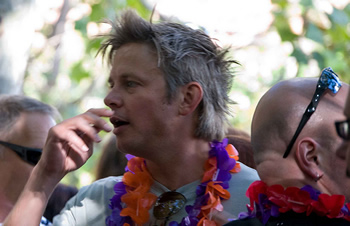 The Daily life of a community

Let me give you an example of a recent issue we faced at my own newspaper.

There are some good strategies that community managers can use to help turn troubled communities into inspiring and friendly places."

One day on our site’s forum, a well-known and respected community member was the target of some nasty personal attacks from people who resented his success and the fact he obviously enjoys discussing his achievements.

In reaction, the man announced that he wanted to start his own, private discussion group within our site. He wanted to have the right to choose who could join the group and have total control over its content. He even had a name for the group, and it incorporated the name of our newspaper.

Other community members, including those not involved in the initial conflict, were upset by what they perceived to be elitist behavior. This caused yet another dispute within the community, and more headaches for us.

My second example doesn’t come from a newspaper, but it’s illustrative of what happens in strong communities. It also shows how a strong community can contribute to a company or organization.

One thing I noticed immediately is that members of this community have very strong opinions. They are extremely important stakeholders and they are often displeased with the platform’s lack of stability and by unexpected policy changes made by the creator of Second Life, Linden Lab. Members make sure their voices are heard.

However, the community also has enormous appreciation for Linden Lab (company employees are called “the Lindens”), and they have a deep respect for the chairman and founder, Philip Rosedale.

Linden Lab is very active within the community. It maintains in-world office hours to help users and hosts a wiki that covers common technical issues. Lindens attend numerous “in-world” activities, and the company also helps sponsor the community convention, where employees and executives deliver speeches and participate in seminars.

Yet community members still complain about inadequate responses and feedback from Linden Lab, and a lack of collaboration between residents and the company.

Now that we know some of the sources of friction, it’s important to look at solutions. First of all, these are not miracle cures. There will always be conflicts and unpleasant situations when groups of people work and live together. But there are some good strategies that community managers can use to help turn troubled communities into inspiring and friendly places.

My views on community management are the result of my experiences at our newspaper, and from observing or taking part in online communities such as Second Life. Please share your experiences and best practices in the comments.

14 responses to “The Five Habits of Highly Successful Community Managers”