The Time is Right for Direct-To-Fan Marketing of Music 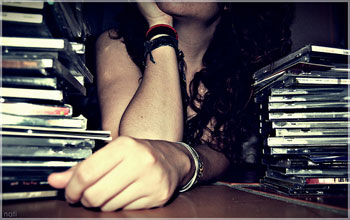 As the music industry continues to evolve and search for a sustainable and profitable business model, the direct-to-fan (D2F) approach is making great advances, from artists just starting their career up to superstars with massive fan bases.

Artists marketing and selling directly to their audience is not necessarily a new or revolutionary concept — one can find examples of artists offering their products to customers directly in every generation of music. For established artists, it is used as a way to inexpensively leverage all the awareness they have amassed. For evolving artists, it is often a necessity. Without a label and distributor, the usual options for new artists have been selling music at live shows, selling through fan clubs or sympathetic indie record stores — or sometimes just selling out of the trunk of a car (which is how N.W.A. got started). But today, advances in technology have opened up exciting new avenues for direct-to-fan sales.

Artists at all levels finally have the tools necessary to build and maintain an environment that lets them dictate the terms of their business.

Successes in the D2F Market

Direct-to-fan sales and marketing have seen a significant spike in recent years thanks to a number of factors. First, technology has given artists at all levels the opportunity to sell and market to their fans in a clear, inexpensive, engaging fashion online. Second, many emerging artists see less value in signing to a label and instead choose to steer clear of entangling contractual obligations. Finally, established artists are choosing not to renew their label contracts at a record pace, realizing that the brand they have developed can be leveraged without a label. All of these situations benefit greatly from direct-to-fan initiatives.

The list of interesting applications of direct-to-fan marketing and sales seems to grow daily. As with anything innovative, a few core examples will always stand out. Most notable is Radiohead’s 2007 offering of “In Rainbows” — interesting both because of the name-your-own-price model and the absence of any middlemen upon initial release. What was revolutionary about this was that the band enabled both the transaction and digital download directly from their site at a price of the fan’s choosing; the experiment brought the band a significant amount of publicity and awareness.

Many critics of Radiohead’s approach felt it would not scale downwards, but that was proven wrong when the band Metric launched a successful D2F offering surrounding their April 2009 release “Fantasies.” A combination of free content (in exchange for email addresses), streaming media widgets, and intelligent social networking strategy resulted in more gross revenue in a few weeks than in four years for their prior release. The band was in full control of their retail presence, and was able to offer heightened packages (at heightened profit margins) to dedicated fans. So as not to exclude fans that preferred a traditional retail experience, the release was also made available at iTunes.

Josh Freese, a studio drummer extraordinaire but not a household name, used the direct-to-fan approach to launch a campaign that completely re-wrote the rules of music marketing. His sales page included everything from a $7 digital download to massive packages in the thousands of dollars that included a level of personal interaction never before offered as a retail music item (e.g. foot rubs, drum lessons, and Josh’s 1993 Volvo).

The unique packages generated massive amounts of press, which certainly helped, but the bigger point is that a $20,000 rock fantasy week that included mini-golf with Maynard James Keenan is not the type of offering that the traditional music industry is built around. Selling this type of experience directly to a hardcore fan created an opportunity where each side saw massive benefit.

The biggest hurdle most artists have faced in setting up a direct-to-fan marketplace has been distribution, followed closely by dealing with financial transactions and customer service issues. For many years retailers have been willing to help facilitate the process, a good example being Amazon.com’s Advantage Program, where any artist can pay a $30 yearly fee as well as 55% of each product sold. Although this does enable artists with no distribution to sell via a massive online retailer and not be concerned with transactions and customer service, it comes at a major profit hit. Essentially, instead of a label, distributor, and a retailer, Amazon is the sole middleman existing between artist and consumer. Forty-five percent of a sale price is higher than most signed artists get, but far lower than the margin from selling directly.

Fortunately for artists at all levels, technology has allowed direct-to-fan to become much more viable. Digital distribution has significantly leveled the playing field for all artists, and transaction processing has become widespread and easy for most bands to implement. Enterprising companies have created products that offer services typically reserved for those artists signed to a label and distributor.

Companies such as Topspin and Snocap have made it very easy to sell products and collect revenue. Websites such as Reverb Nation and Nimbit offer tools that enable artists to build, interact with, and sell to their fan base. Aggregation services such as TuneCore allow artists to get their music onto digital retailers such as iTunes (not quite true D2F, but cutting out at least one middleman).

Topspin has taken direct-to-fan much further than simple transaction processing. It has developed widgets and technology that gives artist and fans levels of control never available at the DIY (do-it-yourself) level. Artists with little tech ability are able to upload content, create sales offers, and then distribute them in embeddable widgets. In addition to a software platform, they have developed a full methodology and set of best practices for optimizing the D2F process. (Full disclosure: I am a certified marketing partner of Topspin.)

Reverb Nation also gives artists a sizable toolkit to market and sell to their fans, including a catalog of widgets that fill many purposes, including streaming audio and tour routing. The site also provides a back end for managing fan interaction, organizing street teams, and social networking.

“The greatest thing about the future of music is that artists have choice of who their partners are,” he said. “It’s not about ‘getting signed’ — it’s about choosing the right team and running a smart business. At the end of the day there are only two important things in the music business: the artist and the fan. The rest of us are here to provide value and efficiency to them. It’s not up to them to provide value to us; it’s up to us to provide value to them.”

Through the use of technology and a forward-thinking digital strategy, artists at all levels finally have the tools necessary to build and maintain an environment that lets them dictate the terms of their business.

Jason Feinberg is the president and founder of On Target Media Group, a music industry online marketing and promotion company. He is responsible for business development, formulation and management of online marketing campaigns, and media relations with over 1,000 websites and media outlets. The company has served clients including Warner Bros. Records, Universal Music Enterprises, EMI, Concord Music Group, Roadrunner Records, and others with an artist roster that includes The Rentals, Flipper, Thin Lizzy, Sammy Hagar, Primus, Poncho Sanchez, Ringo Starr, Chick Corea, and many more.