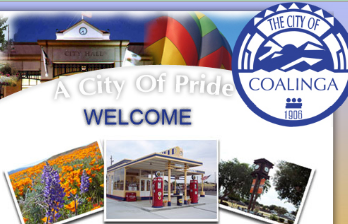 A post on a social networking site like MySpace could end up anywhere, and depending upon where it ends up, the result could be catastrophic. We’ve covered that territory before on MediaShift, discussing a case involving discipline of a teacher for conduct shown on a MySpace page.

In Moreno v. Hanford Sentinel, a California appeals court considered a case in which a rant posted on a MySpace page was copied and sent to a local newspaper. When the newspaper republished it without the author’s permission, the author and her family members were seriously damaged by violent community reaction. They brought suit, and the courts were confronted with defining the boundaries between public and private online spaces.

It is wise to assume that anything that is placed online can easily show up somewhere other than where it was intended to go."

College student Cynthia Moreno posted the “Ode to Coalinga,” her hometown, in her MySpace journal. The “Ode” was extremely critical of Coalinga and its inhabitants.

Apparently Moreno thought better of having posted it, and she deleted it six days later. But not before the principal of the local high school, Roger Campbell, gave the Ode to his friend Pamela Pond, the editor of the local newspaper, the Coalinga Record.

Pond published the Ode as a letter to the editor. Although her MySpace page contained only Moreno’s first name, Pond added Moreno’s last name, which she apparently was readily able to ascertain. What’s more — this part of the story is related only in Moreno’s brief to the court and not in the opinion — Moreno learned that Campbell had given the Ode to Pond before it was actually published, and she contacted Pond to ask her not to print it. According to Moreno, Pond said she would not publish it, but then changed her mind and did so.

When the Ode was reprinted in the Record, the community reacted with death threats and gunfire directed at Moreno’s family home. Her family had to move out of Coalinga, and severe losses caused the family to close its 20-year-old business.

Moreno and other members of her family filed suit against the newspaper publisher, principal Campbell and the school district of which he was an employee.

According to one online source, Moreno and her family are not the only ones who suffered consequences from the publication of the Ode. Pond was dismissed from the newspaper.

It isn’t clear why Moreno’s lawsuit didn’t include the claim that would probably be most obvious to attorneys: copyright infringement. The Ode was copied from Moreno’s MySpace page and reprinted contrary to her express wishes. The appeals court specifically noted in its opinion that no copyright infringement claim had been made. Rather, Moreno’s brief reveals that the unauthorized copying was asserted as part of Moreno’s Intentional Infliction of Emotional Distress claim that Campbell’s conduct was outrageous.

The Media Defendants SLAPP the Lawsuit Away

One limitation placed on certain lawsuits under California law is the California “anti-SLAPP” law that protects certain defendants from what are referred to as “strategic lawsuits against public participation.” The law allows the defendant in such a lawsuit to bring a motion early in the proceedings to obtain a ruling that, among other grounds, the suit should be dismissed because it involves a statement on an issue of public interest. The publishers of the Coalinga Record were quickly dismissed from the case under the anti-SLAPP law, although the court’s ruling did not detail the specific reasons for that dismissal. Moreno and her family nevertheless continued to press their suit against the remaining defendants, focusing not on the publication of the article itself, but on the conduct of Campbell in sending it to the newspaper and his reasons for doing so.

The first cause of action alleged by Moreno and the other plaintiffs was violation of the right of privacy under California law. The second cause of action was intentional infliction of emotional harm. Both are defined by state law, in this case, the law of California.

The right of privacy is defined very differently by the various states. In California, the right of privacy derives from the state constitution as well as judicial development through common law, and specific statutes enacted by the legislature.

Moreno’s claim boiled down to a claim of invasion of privacy by the “public disclosure of private facts.” As the court noted, in order to prove such a claim under California law, the plaintiff must show “(1) public disclosure (2) of a private fact (3) which would be offensive and objectionable to the reasonable person and (4) which is not of legitimate public concern.” All four elements must be established.

The contours of this cause of action under California law have been frequently litigated, not surprisingly, in cases involving news media as defendants. Often, what is in contention in those cases is not whether a particular fact is private, but whether it is “of legitimate public concern.” So, for example, in Shulman v. Group W Productions, Inc. (Cal. Supreme Court 1998), the California Supreme Court rejected a car accident victim’s claim for public disclosure of private facts where her extrication from the wreck was filmed and audio recorded, then broadcast, without her permission. The court found that there was a legitimate public interest in reporting on a car accident and the attendant response of medical emergency personnel. Critical to the discussion was the First Amendment interests implicated in news reporting.

In this case, the remaining defendants focused not on the issue of legitimate public concern, but whether Moreno’s expression of her opinions about Coalinga and embodied in the Ode constituted a private fact. They argued that the Ode was readily available on Moreno’s MySpace page, and available to anyone with an Internet connection. And that’s the argument that the court brought:

Here, Moreno publicized her opinions about Coalinga by posting the Ode on MySpace, a hugely popular Internet site. Moreno’s affirmative act made her article available to any person with a computer and thus opened it to the public eye. Under these circumstances, no reasonable person would have had an expectation of privacy regarding the published material.

The court rejected the argument that the Ode should be considered private because Moreno had “expected a limited audience” and she removed it several days after she posted it. The court commented that the publication of the Ode “was not so obscure or transient that it was not accessed by others.”

What is absent from the opinion as well as Moreno’s briefs is any discussion of whether Moreno used any of the MySpace privacy settings to limit access to her journal. We are thus left to speculate whether, had she limited access to the journal to a small circle of MySpace friends, she might have had a stronger argument that she had an expectation of privacy in the Ode.

Moreno’s second cause of action, for intentional infliction of emotional distress, met with more success.

The trial court rejected Moreno’s claim for intentional infliction of emotional distress, concluding that as a matter of law Campbell’s conduct could not meet the necessary standard of outrageous conduct. In arguing to the contrary, Moreno and her family focused on the relationship between Campbell and one of the plaintiffs, Moreno’s sister Araceli. Campbell was the principal of Araceli’s school. Moreno’s brief argued that as her principal, he was “the official most responsible for protecting Coalinga High students,” and that his intentional conduct that caused the family of his student to be harassed was extreme and outrageous.

The appeals court disagreed with the trial court and concluded that “reasonable people may differ on whether Campbell’s actions were extreme and outrageous.” When reasonable people may disagree on such a finding, the result is an issue that must be decided by the finder of fact, in this case, likely a jury. Thus, the court remanded the case for further proceedings on the emotional distress claim.

There are many lessons in Moreno v. Hanford Sentinel, not the least of which is the lesson learned by many other people who have posted personal information to MySpace and other social networking sites and blogs: Think before you post. In particular, it is wise to assume that anything that is placed online, in the form of a blog post, email or otherwise, can easily show up somewhere other than where it was intended to go.