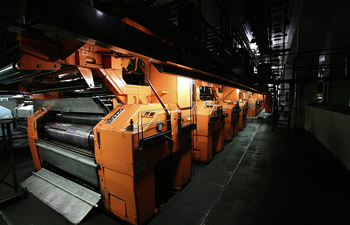 More newspaper printing presses may go silent as newspapers make the switch to online only. Photo by Eschipul via Flickr.

Last Wednesday morning, as the sun rose over the West Coast, newspaper delivery people in Seattle dropped off the final edition of the Post Intelligencer, one of Seattle’s two daily newspapers. The struggling P-I was 145 years old and, by coincidence, 145 newsroom employees were left without jobs. Hearst, which owns the news organization, announced that it will retain 20 employees to keep the paper’s website, SeattlePI.com, operational while it hunts for a viable business model.

The P-I isn’t the only newspaper to abandon print. More and more print newspapers are making the shift to web-only as Americans increasingly turn to the Internet for their news — but publishers still haven’t figured out how to get around readers’ reluctance to pay for information online and PR professionals still don’t exactly know how to sell this new media. Last week, the Pew Project for Excellence in Journalism put out its sixth annual report on The State of the News Media and its findings related to newspapers were bleak:

Nostalgia can be counterproductive...Perhaps now -- through a de-monopolization of news -- we might get some of those [voices] back."

Newspaper ad revenues have fallen 23% in the last two years. Some papers are in bankruptcy, and others have lost three-quarters of their value. By our calculations, nearly one out of every five journalists working for newspapers in 2001 is now gone, and 2009 may be the worst year yet…The number of Americans who regularly go online for news, by one survey, jumped 19% in the last two years…Journalism, deluded by its profitability and fearful of technology, let others outside the industry steal chance after chance online.

Let me admit my bias upfront: Although my area of professional expertise focuses on digital media, I’m a fan of so-called “dead tree” newspapers. I subscribe to the New York Times and the Wall Street Journal and enjoy flipping and folding through articles on my couch or the subway. I regard the smudges of black ink left on my fingers as marks of informed citizenship (analogous, perhaps, to the iconic purple ink on the thumbs of Iraqi voters). So when I heard that the venerated Christian Science Monitor was going to online-only, I recalled photographs of President Kennedy pouring over CSM’s pages. And reports of The Rocky Mountains News’ demise and the precarious state of the San Francisco Chronicle (another Hearst paper) are also disappointing.

But nostalgia can be counterproductive. The nature of news has continuously evolved and lest we forget, a hundred years ago, many cities had over fifty different newspapers. Through decades of monopolization, it’s possible that we’ve lost a diversity of journalistic voices. Perhaps now — through a de-monopolization of news — we might get some of those back.

As a result, successful media relations folks will need to upgrade their practices to identify, analyze, track, respond to, and proactively pitch these new outlets. With the media universe expanding and fragmenting, it will be important that we’re carefully attuned to each of the voices that comprise this new cacophony. We won’t be able to simplistically characterize media as “new” or “old,” or “digital” or “mainstream” and act accordingly. A blog is simply a publishing platform, like a book. And just as you wouldn’t approach a comic book, a non-fiction best-seller and a hymnal the same way, we should be careful in how we begin to characterize emerging forms of media. As you’ll see later in this post, one newspaper executive is urging people not to think of his company as a newspaper company at all.

There will be growing pains as some local news migrates from print to online, but some newspaper organizations that embrace the new media paradigm will flourish. To quote Charles Darwin, “It is not the strongest of the species that survive, nor the most intelligent, but the one most responsive to change.”

Heeding Darwin’s dictum, newspapers are striving to adapt to life online. The New York Times editor Bill Keller challenged the thinking, bandied about by digital media evangelists, that “information wants to be free” when he told Bloomberg, “Really good information, often extracted from reluctant sources, truth-tested, organized and explained — that stuff wants to be paid for.”

Walter Isaacson, the former news exec who now heads the Aspen Institute, seemed to share this view in a recent Time magazine cover story, “How to Save Your Newspaper” (and a corresponding Daily Show appearance). Isaacson warned that, if people don’t pay for the content they consume, newspapers will become more beholden to advertisers — their sole revenue source — than their readers and the general public.

Why a once-profitable industry suddenly seems as outmoded as America’s automakers is a tale that involves arrogance, mistakes, eroding trust and the rise of a digital world in which newspapers feel compelled to give away their content.

Most newspaper companies recognize two challenges to this model: First, it’s not easy to charge for something that was once given away. Second, almost all newspapers would need to start charging or else people will simply get their news from other online news sources. So most newspaper execs are steering clear of the debate over whether to charge for web content, and are instead discussing monetizing content in other ways.

Steven Swartz, the president of Hearst Newspapers, spoke at a Columbia Journalism School panel discussion on “the future of newspapers,” which I attended several weeks ago. He appeared to have a sense of serenity about the situation (though, in the audience, journalists who’d lost their jobs did not), and suggested the possibility of a tiered subscription model whereby the majority of reportage was ad-supported and available for free online, while more premium content (including print publication and iPhone applications) would be fee-based.

Norman Pearlstine, the chief content officer of Bloomberg L.P., who was also on the panel, testified to the validity of this split free/fee model by noting that “people had network television for years and now many, many of them pay for HBO.” He neglected to mention that almost nobody watches their network TV channels for free anymore. One of Swartz’s most memorable parting shots was that, no matter what model emerges, we need to stop thinking of “newspapers” and start thinking of “news products.” This medium/channel-agnostic outlook would make Marshall McLuhan scratch his head. It certainly made me scratch mine.

With traditional media organizations morphing themselves into predominantly online news sources — and a succession of digital media properties gaining mainstream stature (think Slate.com and Salon.com) — what’s a communications professional to do? How do we adapt our media relations tactics at the same pace as the news outlets adapt their reportage? How do we customize our communications to a radically decentralized and democratized media?

First, we need to more clearly understand the impact of the changing news business models on the changing news distribution model. Last week, Arianna Huffington — proprietor of the Huffington Post — portrayed a shrewd and hopeful forecast for the interplay of new and old media:

I’m constantly asked about working online versus working in print — as if new media and traditional media are engaged in a winner-take-all steel-cage-death-match fight-to-the-finish instead of each adjusting to new realities and navigating an uncertain path to the future. I firmly believe in a hybrid future where old media players embrace the ways of new media (transparency, interactivity, immediacy) and new media companies adopt the best practices of old media (fairness, accuracy).

In this scenario, though, all media will eventually be transparent, interactive, immediate, fair and accurate. Now, while I buy Huffington’s assertion that digital media will have a salubrious effect on media generally, I do think that some of these traits are antagonistic with each other. Take, for example, accuracy and immediacy.

I recently spoke with Bob Shrum, a colleague and political consultant whom Atlantic Monthly described as “the most sought-after consultant in the Democratic Party.” Shrum noted that with the race to publish articles promptly, there’s a risk that journalistic standards will be undermined. “Several major newspapers have had problems,” he noted, and pointed to a recent case where The New York Times misreported that Senator Kennedy called New York Governor Paterson to suggest his niece be nominated to Hillary Clinton’s vacated Senate seat.

Shrum advises that “campaigns need to push back” in cases like this and that, more than ever, they’re “going to need to monitor all the time and… going to need to be able to respond at any time.” He continued, “There’s been talk of a 24 hour news cycle for years, but it’s largely been a metaphor. [With mainstream newspapers publishing online at all hours], the 24 hour news cycle will now be a reality.”

These observations and advice apply to the corporate world as well as the political world. Rapid response isn’t new. We’ve know for a while that we need to squelch online rumors and respond to criticism before it can gain traction. What’s new is the need to keep an eye on the reporting by an increasingly overworked and under-edited mainstream press corps. To not just defend against online attack dogs, but to also watch the traditional media watchdogs.

News organizations are still wrestling with the conflicting demands of immediacy and accuracy, of the interactivity that will modernize them and the quality journalism that has historically differentiated them. Ultimately, Shrum forewarns, “If serious newspapers migrate online and want to keep their audience and influence, they’re going to need to maintain standards.”