Five Tips for Musicians to Engage Their Fans Digitally 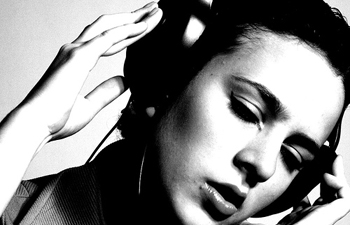 In today's wired world, music fans get an inside glimpse of artists' lives as musicians find new ways to connect with their audience. Photo by "RossinaBossioB":http://www.flickr.com/photos/rossinabossio/ via Flickr.

Note: This is the first post from Jason Feinberg, MediaShift’s new music correspondent. With his background in online marketing, Jason will be sharing his insights into how artists can best utilize new technology in connecting with fans.

There was a time when celebrity musicians were positioned as unreachable idols. Those days are long gone; in today’s wired marketplace, musicians have to forge a personal relationship with their audience to keep their fans’ interest. And for many, that means creating opportunities for fans to have an inside look into all aspects of an artist’s life.

Savvy bands that tap into technologies can deliver something to their fans that satiates their demand for an insider glimpse -- while also keeping control over the band's image."

In the current music industry climate, many artists are realizing that they must go further than ever before to be seen as approachable — they must run their organization with almost complete transparency. Save for major mainstream stars, the days of artists being put on an isolated pedestal are long gone; fans are far too savvy and options far too many for a musician to appear to be operating in a different universe. Fans demand access at unprecedented levels, so a band must either provide this access or be skilled at creating the illusion of it.

The Importance of Fan Engagement

What has caused this shift toward transparency? The simple answer is the Internet. The more complex answer is that the Internet has become so woven into the fabric of our culture as to create a sense of immediate fulfillment and enable complete access to almost anyone and anything.

Never before have consumers had more choices on how to entertain themselves. The avenues for information are exponentially greater than even 10 years ago. With this has come a massive sense of empowerment in music fans. No longer are they limited to what access or content an artist deems worthy to mete out.

The physical technology and the conceptual structure of the Internet have given fans the ability to craft their own online experiences. If one artist is not providing the type of engagement a consumer seeks, the odds are very high that some other comparable artist is. This puts the fan in a position of greater power and influence than ever seen before in the music industry.

But this isn’t necessarily bad news for artists, labels, mangers, or anyone else in the chain that profits from controlling how people experience their content. Savvy bands that tap into existing and developing technologies can deliver something to their fans that satiates their demand for an insider glimpse — while also keeping control over the band’s image.

Musicians such as Weezer have used Twitter to engage fans

The digital music space of 2009 looks very similar to the Internet application space in 1999 — a sea of new technologies, venture-funded start-ups all hoping that their product will be the killer app to revolutionize the business. Many of these will fail, but a handful will survive and change the way the industry operates. Assembling a core toolbox of these digital engagement assets is a critical step in marketing an artist moving forward. For artists (or the team managing their online presence), it is essential to pay attention to available technologies and constantly evaluate what will enhance their fans’ interactions with the band.

Here are five things that musicians should keep in mind as they look for ways to engage their fanbase online:

1) Add functionality that will connect to your fans.

In crafting your digital marketing plan, first ask, does this technology add functionality that will connect to your fans? Many artists fall into the trap of using a digital asset simply because it does something interesting or innovative. When they first came online, a slew of artists adopted video remix contests, but soon found that their fans were not willing to put in the time and effort to create a usable finished product. As people learned the hard way in the late ’90s, technology for technology’s sake often results in amazing software with no users. If the product being implemented does not encourage repeat use and add something to a fan’s experience, it is effectively useless. A great technology used once is barely better than nothing at all.

2) Technology is not a “one size fits all” solution.

Shareable widgets often have massive value, but only if the artist’s fan base is naturally inclined to spread things they find interesting. Nine Inch Nails fans are notorious for being a tight-knit community; technology that engages them will not work for an artist whose fans are simply into their music and not the associated community.

3) Do not underestimate time commitments.

Next, artists must consider how much time they are willing to commit to implementing the chosen technologies. Just as a fan only using something once has little value, there’s little value when artists do not follow through in their marketing efforts.

In fact, depending on the scale and depth to which fans have been involved, abandoning efforts can have a negative impact on the artist’s reputation. For example, if a musician begins using the micro-blogging platform Twitter, builds a large base of followers, gives them a glimpse behind the scenes, then abandons the effort, these fans may not just lose interest but take their disappointment public in the form of message board posts, social network comments, and other inter-fan communication.

This has happened recently in the political arena as a number of President Obama’s Twitter followers publicly voiced their annoyance that his tweets had dried up since taking office. Often this only has a limited effect, but, given the viral nature of social media, this can damage an artist’s brand in the long run. If a long-term digital marketing effort is not sustainable, a more realistic or shorter-term alternative needs to be substituted.

4) Create a plan for implementation and awareness.

Artists must also develop a plan for creating awareness of these digital tools. Without fans’ eyes and ears, the quality of the product and the plan are irrelevant. Musicians must find a balance between using forward-thinking technology and spending time on core fan-building techniques. The enormous benefit of music technology is that it enables artists to continually give their fans a reason to pay attention. However, if a band only has a weak fan base to begin with, their foundation must be strengthened before the value of these digital tools can be realized.

5) Use all available web properties.

An artist must use sites they control (official site, social networks) as well as online social media (music portals, blogs) to maximize the reach of these assets. Without a combined effort on these two avenues, fans miss the communication and the marketing message falls flat.

Fortunately, most of the issues outlined here are fully within an artist’s control. Once an artist has an understanding of his fan base and the means to reach them, he can begin building a digital marketing strategy, one that will engage, inspire, and create long-term interest.

Jason Feinberg is the president and founder of On Target Media Group, an entertainment industry new media marketing and promotion company. He is responsible for business development, formulation and management of online marketing campaigns, and media relations with over 1,000 websites and media outlets. The company has served clients including Warner Bros. Records, Universal Music Enterprises, EMI, Concord Music Group, Roadrunner Records, and others with an artist roster that includes The Rentals, Thin Lizzy, Sammy Hagar, Primus, Poncho Sanchez, Ringo Starr, Chick Corea, and many more.