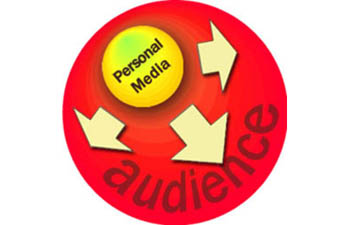 It’s easy to see governments as nameless, faceless monoliths, something impersonal or, even worse, untrustworthy. Much of that is because government culture remains steeped in traditional ideas about public relations and outreach work, notions that have become archaic in an Internet-enabled, hyper-connected world. Just as private companies are learning to embrace social media to manage brand reputations, governments must adapt if they wish to effectively communicate with their “customers” — a.k.a. their citizens and stakeholders.

I propose that using authentic and transparent personalities as public outreach ambassadors can help transform “government for the people” to “government with the people.” This should also have an indirect positive effect on the government organizations — the brands — they represent.

Nevertheless, as I have written about in my column at Mashable and elsewhere, pockets of influence inside the government as well as outside groups like the Sunlight Foundation are working to change that. And gradually, senior leadership is realizing that the upside of adopting social technologies could be extremely high.

Some criticize the use of social technologies in areas like national security and foreign relations, but I feel strongly that decision-makers cannot make informed choices about this until they or their staffs have personally had experience with this technology. And some senior officials, such as Colleen Graffy, the current Deputy Assistant Secretary of State for Public Diplomacy, are bravely taking the plunge.

Behind every press release, web page, and social networking account is a person. But when people “hide” behind organizational brands, it reduces the authenticity and transparency that people — citizens, customers, fans — have become accustomed to seeing in the Web 2.0 world. New social tools and niche communications can empower people to connect with their audiences on a more personal level through what has been termed “ambient awareness” or ambient intimacy.

Governments everywhere are dealing with the rise of the “collaborative creative class” or C3. Often thought of as “Millennials” but in reality composed of people from all generations, C3 are the passionate, talented, and creative individuals who often blur the lines between work and play. To harness the momentum and power of C3, and to recruit and retain such individuals for public service, the government needs to embrace the spirit of creativity and trial-and-error characteristic of the social software community, fund research and development on social software, address information security risks inherent in social software, and create policy, acquisitions, and human resources incentives to encourage the use of such software.

Social software has numerous government applications, including information-sharing within and between agencies; collaborating with outside partners like humanitarian workers; public outreach and crowdsourcing; and empowering people with inexpensive, simple, mobile technology. In addition, as hostile entities become more adept at using social media for propaganda, it is imperative that governments familiarize themselves with social technologies.

How can government use social software to engage people in meaningful ways, understand public sentiment, recruit and retain employees, and harness what is often called collective intelligence? One early and prominent advocate of this is Rep. John Culberson (R-Tex.), who has experimented with social software including the text micro-blogging platform Twitter and the video broadcast technology Qik.

In my opinion, there is a good deal of opportunity for bi-directional engagement between the government and its citizens. Rep. Culberson’s visionary experimentation with social software prompted Congressional rules changes that effectively empower members to act as bi-directional ambassadors, bypassing traditional media to directly engage Congress on behalf of constituents, and perhaps more profoundly, vice versa.

The term “branding” is most often associated with companies selling products, but government components are arguably brands themselves. And failure to monitor conversations about brands is guaranteed to be PR trouble. Just look at the recent “Motrin Moms” controversy, which has been written about extensively here, here, and here. Briefly, Motrin failed to keep abreast of negative public reaction to an online advertisement aimed at mothers, a failure that may very well have damaged the brand’s reputation in a major niche market.

Conversations like those that surrounded the “Motrin Moms” video are happening every day on issues that directly pertain to governments. How well do governments monitor what their constituents are actually talking about on Twitter and similar open information-sharing platforms?

Businesses, governments, and other organizations are still struggling to find the best way to use social software to engage people about their brands. I have argued elsewhere that on social networks, brands are best represented by individual people as “brand ambassadors.” Ashton Kutcher and Maria Sharapova are in digital camera commercials for a reason — so you’ll watch (and hopefully listen and learn, too).

But television commercials, billboards, and press releases are unidirectional — the audience sits back and passively receives information. Through social software, brand ambassadors have the potential to promote messages through what I term “indirect, intimate influence” or I3. Brand ambassadors ideally listen and learn from ongoing conversations, and then engage in them, creating bidirectionality as outlined in books like The Cluetrain Manifesto. Ideally, they also talk about more than just their brands on social networks — a good ambassador will also talk about other aspects of his or her life, to the point that followers eventually begin to see the brand ambassador as something of a trusted friend.

As the influence of traditional media sources like television networks and newspapers declines, I predict that brand ambassadors will become a critical part of government public relations and outreach. In an environment of rapidly changing global issues, an increasingly fractionated media sector, and people more and more defined by unique combinations of niche interests, the government sorely needs enhanced public relations that involve bi-directional multimedia engagement with specific niches of public interest.

Every citizen now has the potential to be a collector, an analyst, a reporter, and a publisher — and so does every government employee. Engaging, trusted personalities employed as brand ambassadors will complement — not replace — traditional public affairs and government outreach. Depending on their agency or office’s mission and goals, individuals can follow customized strategies to engage specific niches of the public at events, in interviews, and through constant, pervasive use of new and emerging media tools. In an ongoing bi-directional conversation, brand ambassadors employing I3 would work not only on behalf of the government among the people, but also on behalf of the people within the government.

Government social ambassadors should be fully accessible, transparent, authentic, and collaborative leaders that inspire people to cooperate for the sake of common concerns. As part of their missions, government brand ambassadors should conduct community-based research to understand the “marketplace.” What do the elderly living in the Southwest think about health care? What do kids from different household incomes think about their public schools? What does the man-on-the-street in Greece think of U.S. foreign policy? My guess is that most people don’t know who the government authority is on elderly health care, impoverished schools, or foreign policy towards Greece. And while many interests are represented in Washington DC, the interests of the average person are sometimes misunderstood or overlooked.

The strategy of lethal generosity can be incredibly powerful when engaging micro-niches. Lethal generosity holds that the most engaged and sharing person in a community will eventually become the most trusted. By leading overt discussions online and in person, combined with the ambient intimacy brought about through I3, government brand ambassadors will gain a greater sense of public sentiment, which in turn will allow lawmakers to formulate better informed public policy.

These tools can also be used to advertise job vacancies or agency needs as well as provide live broadcast coverage of niche events. And there are increasingly quantitative measurements of social software return-on-investment. Finally, they may even save money. Phone calls, focus groups, and airline tickets can be expensive; social software can provide a cheaper alternative in some situations. Governments everywhere will benefit greatly by adopting progressive new approaches to social software and the indirect, intimate influence it propagates.

Dr. Mark Drapeau is a biological scientist and government consultant. He has a B.S. and Ph.D. in animal behavior, conducted postdoctoral research on complex genomic and neural systems, and has published writing in Science, Nature, Genome Research, American Scientist, the New York Times, the Washington Times, and other venues. He is also a contributing writer to Mashable.com on government and social technology. These views are his own and do not represent the official views of the National Defense University, the U.S. Department of Defense, or any other part of the U.S. Government.

34 responses to “Government 2.0: How Social Media Could Transform Gov PR”