How Newspapers Can Increase Their Google Juice 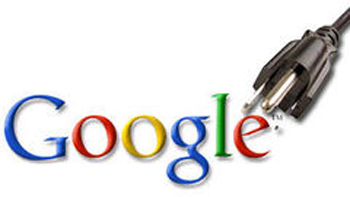 There isn’t much difference between what appears in a small newspaper’s print edition and online. Many photographs make it online that don’t make it to print, and the AP stories are usually a widget feed from the AP. However, in order to maximize search engine traffic and the reader’s satisfaction, newspapers need to rethink their approach to online content.

Online marketing specialist Mitch Joel knows how to get Google hits. Dubbed the “rock star of digital marketing” by Marketing magazine, he is an expert at helping websites get a bigger hit of Google juice, i.e.: making the website attractive to the search engine and therefore bringing in more traffic. Google itself recognized his talent, inviting Joel to its corporate headquarters, the Googleplex in Mountain View, to explain the ins and outs of online marketing to companies like Wal-mart, Costco, Sears, and Sephora.

In a recent post on his website, Joel took pity on newspapers and offered some advice on how they too could lift their Google hits with 10 Things Every Newspaper and Magazine Website Must Do. I asked Joel, via email, why he cared about newspapers.

I have a passion for the publishing industry. I see so many indications of how they can succeed online and it saddens me to see most of them sticking with ‘the way it has always been.’ Also, I write a twice monthly business column called, “New Business — Six Pixels of Separation” for the Montreal Gazette and Vancouver Sun.

ONLINE STORIES SHOULD NOT MIRROR PRINT

Recently, 50 C-level newspaper executives met at a closed door summit held by the American Press Institute to discuss “concrete steps the industry can take to reverse its declines in revenue, profit and shareholder value.” Joel said that tackling that issue was like “boiling the ocean.”

Joel suggests that, better than boiling the ocean, newspapers can solve those problems by making small, incremental changes to build their community. He lists ten such changes newspapers can make, including:

1) Link Journalism — Newspapers get lots of links in, but rarely, if ever, link out. Search engines like sites that link out; it also provides a better user experience.
2) Formatting — Break up large blocks of text with bold and /or italics, and use bullet points.
3) Tagging — Give the reader an idea of what the story is about before they read it.
4) Blog Directory — Promote bloggers, make them feel an allegiance to the newspaper or at least an appreciation.
5) Cross Promote Effectively — Be smart when using a URL in the newspaper. Don’t just point to the generic newspaper URL, be specific.
6) Unique Web Address — See above, but keep the URL simple.
7) Highlight Your Contributors — Let readers peek behind the curtain of the newspaper wizard. If local bloggers are proficient, link to them.
8) Comments — Allow story commenting. Demand that reporters respond to readers.
9) Correct Mistakes — The online newspaper should be an ever-changing record of the news.
10) Collaborative Filtering – “If you liked this… then you might want to read this…”

This is basic stuff to anyone who blogs. But newspapers are still learning these tricks. Why are they lagging behind?

The problem is that most newspapers use their online edition as an electronic version of the traditional newspaper “morgue.” In the “old days” of print newspapers, the morgue referred to a newspaper’s library of clippings, retained for research purposes. Today, newspapers have done away with morgues, instead simply shoveling all that published text online. They stick to this model because they fail to grasp three key differences between the world of print and the world online.

First, newspapers aren’t used to the idea of “community.” The only community to which newspaper reporters are commonly exposed consists of friends, family, sources and one another. Except for sources, this “community” rarely includes much diversity of opinion. Bloggers, meanwhile, understand that they are writing for a community that is worldwide in scope, often built from a collection of strangers.

Second, reporters don’t think of what they do as a conversation. Newspapers report the news to readers, but they aren’t designed to encourage readers to respond. Newspaper publishers organize their websites with similar thoughts in mind. Many don’t allow story commenting because it requires staff time to monitor or approve comments and conversation is discouraged. Compare this to the reader engagement commonly found on blogs, where feedback is immediate and very often unfiltered.

Third, bloggers know that reaching out to engage other bloggers in the conversation is essential to growing traffic. In contrast, newspapers won’t see a huge spike in circulation from a single story in the same way that a blog might if the writer hits a sweet spot.
Links, tags, bullet points, blogroll, and comment love all play an important part in building a blog following. Not seeing the benefit of an engaging website, most newspapers are content to let their websites exist as nothing more than static mirrors to their print editions.

These are all doable at most newspaper websites. Why aren’t newspapers doing these things?

The overwhelming majority of newspapers depend on “shovelware” to create their websites. Shovelware is slang for software programs that make it easy for the same story that appears in print to appear online. For example, at our newspaper, we use NewsEditPro to create a text file; the text file is approved for publication and placed in a Quark document for the print edition. Shovelware makes it hard for newspapers to use any of Mitch Joel’s tips. But hard is not impossible.

There’s an important word in that last paragraph: “text.” Text makes it to the online edition. Graphics are usually left out, but, when they are included, they aren’t searchable. This is another problem with simply putting a printed story online untouched.

Let’s say our newspaper prints a story with the headline “Final Tuneups” about the Western Kentucky University basketball team, the Hilltoppers. In the print edition, a nice accompanying graphic illustrates that this story is about the Hilltoppers. When the story goes online, the headline remains a vague “Final Tuneups,” but the graphic is left out. Google juice = zero. If a basketball fan wanted to search our website for stories about the team or their opponents, they likely wouldn’t use the search term “Final Tuneups.”

A better online edition headline would read “WKU Hilltopper Basketball Final Tuneups.” Google juice = much better. Better yet? “WKU Hilltopper Basketball Meets Bellermine.” Four out of five words are keywords: WKU, Hilltopper, Basketball, Bellermine.
But since newspapers use the online edition as their archives, this usually isn’t done. It should be. Instead, newspapers continue to use the same headlines online that appeared in print, despite the headaches that this could cause search engines.

As Mitch Joel says, “It takes nothing to do this stuff — except resources and time.” I would add: It takes an attitude change.

Mark Van Patten isn’t as smart as he thinks he is. He has compensated by surrounding himself with smart people. As a result, he in his 38th year of working at small newspapers, starting on the street as an ad sales rep and working his way up to publisher. Currently, Van Patten is general manager of the Daily News in Bowling Green, Kentucky. He blogs, Twitters, Flickrs, Diggs, Stumbles, Tumblrs, and Woopras his way through the web and is Linked-in. He blogs at MarkVanPatten.com for business and GoingLikeSixty.com for fun.

Photo of man floating on Dead Sea with newspaper by Kevin Lim via Flickr.

8 responses to “How Newspapers Can Increase Their Google Juice”