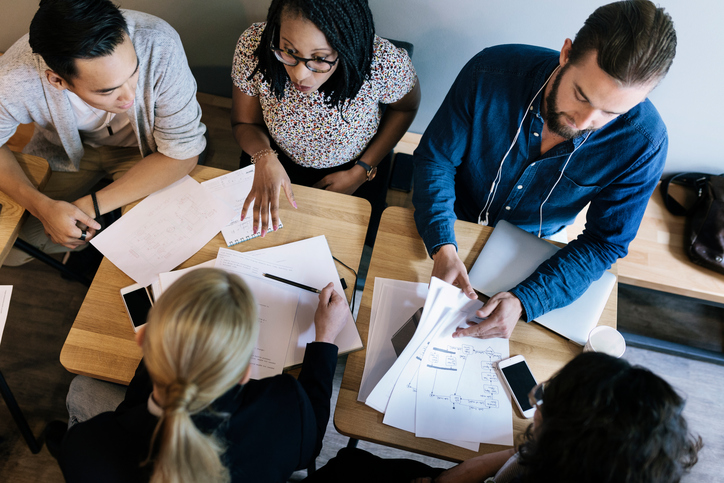 Startups possess great potential to improve journalism. In theory, they can be the sites where new products, novel revenue streams and altered ways of organizing are discovered, tested and accelerated. However, the situation in Europe seems to be complicated. In comparison to the United States, there is a distinct lack of new venture success stories.

Why is it so unlikely that the next big innovation in journalism will come from Europe? What are the barriers that curb innovative capacity? In this article, I document specific challenges and common pitfalls that I gleaned from researching news startups in Germany.*

"The greater the financial pressure, however, the more difficult it is for them to remain true to their own standards."

Starting a company in journalism means far greater and more diverse work than being a freelance journalist. Founders who assume that owning a business opens up new freedom for journalistic work clearly underestimate the effort involved. Administration, marketing, audience development, technology management, revenue model development – activities formerly undertaken by publishing houses – are now the responsibility of the founders. One entrepreneur interviewed in the study – a former journalist – complained: “Please give us…publishing staff! Now we learned what publishers do and how they give us journalists the support we need.” Many of these non-journalistic activities are necessary even if rapid growth, high profits or a profitable “exit” from the company are not the main objectives of their founders.

2. Founders get caught up in role conflicts.

As soon as the editor-in-chief of a startup – as in one of my cases – sells advertising space at the same time, those in charge find themselves in a paradoxical dual role in which journalistic and economic activities are sometimes conducted in parallel. The problem becomes even more acute in those startups where there is no spatial division between departments in physically separated offices because cooperation is mostly organized virtually. Founders set out with good intentions and consider possible role conflicts. The greater the financial pressure, however, the more difficult it is for them to remain true to their own standards: for example, when they are forced to choose between “accepting a large corporate publishing project or running into personal bankruptcy,” as one entrepreneur I talked to accurately puts it.

Journalistic and economic perspectives come into conflict, especially when new streams of revenue are generated in startups. Because some newcomers in Germany seem to be guided by the “glory days” of journalism, they try to transfer the existing business model of print publishers into digital environments. In what follows, they face the same challenges as established media. To uncover new sources of revenue, startups in Germany are testing community models, licensing and commissioning, e-commerce, consulting services, and training. These are not disruptive business model innovations that might have been expected for ventures in other online sectors.

In addition, some of the new revenue streams are only loosely related to journalism. Why, however, should journalism be produced in a company at all, if profits are achieved in new business areas? Such a mindset carries the risk that founders – in a segment pivot – gradually eliminate the labor-intensive and costly production of journalism.

4. Founders do not think from a user’s perspective.

New journalistic startups in Germany are primarily started from a “creator’s perspective” that aims to transfer certain professional standards into digital media. Founders largely conceptualize their businesses from the viewpoint of a journalist. The interests, problems, and needs of potential users, on the other hand, often play only a minor role. However, if users are systematically taken as a starting point, products and revenue models can be developed to suit individual niches and sub-markets. A problem-centered and user-oriented approach at the same time enables founders to permanently question their products and if necessary, to react to a changing market environment.

This approach has become even more relevant in digital and much more volatile environments: Media management is necessarily becoming a practice of experimentation. One of the entrepreneurs interviewed stated: “You can’t ignore the reader these days…This will rarely work immediately or if it does, then only for a short period. Therefore, always try to stay in touch [with your users].”

Even if there is a lack of viable business models in journalism, starting up is very cheap to begin with. “You don’t need much. All you need is a computer, an internet connection, and a WordPress system,” says one founder. However, the much lower barriers to initiating a media product in the digital world can lead to false incentives. Founders in journalism underestimate the cost drivers in day-to-day business: the difficult acquisition of users and paying customers, continuous observation and communication via an increasing number of new channels such as Facebook, Snapchat, etc. and, above all, the production of high-quality content. This is why startups in German journalism are heavily underfunded.

Subsequently, atypical working relationships arise in some places: Key activities that were previously carried out in the editorial department are now performed by employees who are engaged on a temporary, sometimes voluntary, case-by-case basis. This fundamental dependency on unpaid assistance can contribute to a paradoxical phenomenon: While startups try to counteract the decline of traditional journalism, they actually continue the familiar cost-saving tendencies of established publishing houses and – as an unintended effect – thus even perpetuate this decline.

6. Teams are too homogeneous.

The teams behind journalism startups are currently too homogeneous. However, innovative teams should be formed to bring together personalities with different backgrounds and complementary expertise. They can tackle the emerging challenges more skillfully and flexibly. Business people could help to raise awareness of the commercial tasks involved in setting up media companies. Programmers and developers could help keep pace with the latest technological solutions, which are now becoming outdated at breakneck speed.

One founder interviewed in the study said: “I don’t really need any journalists. I don’t want to do [the business] with journalists.” Having outsiders in a team can also help to carry over mindsets and practices from other domains that initiate new ways of thinking and novel solutions in journalism.

Even if complementary skills come together in a startup, founders cannot solve all challenges on their own. From day one, they need support from employees to carry them through the startup phase as well as through later development stages. However, due to the underfunding outlined above, these supporters can rarely be employed on a permanent basis.

The founders in daily journalistic business – as shown above – depend on freelance authors and journalists who work for them, in some cases free of charge. Support from the outside is also needed in design, technology, marketing, sales, legal and tax matters. News startups differ from traditional publishing houses in that they have a network-like, post-industrial form of organization in which numerous activities are disintegrated, i.e. detached from the company and outsourced to a network of partners. The social capital of the founders, their relationships and connections form the basis of this disintegration. If social capital is missing, a journalistic startup is hard to maintain and establish in Germany – no matter how sound the original approach may be.

The objective of my research was to raise awareness of the causes of failure for news startups, help entrepreneurs avoid common mistakes, and help industry experts and investors to realistically estimate the potentials and possibilities of journalistic startups. If the typical flaws gathered here are avoided in the future, we might see news innovation more frequently in Europe.

*Method of the study: I examined 15 ventures from Germany using empirical case study research. I included companies that started independently of established media organizations – i.e. no spin-offs or new business units of traditional publishers or broadcasters – and focused primarily on the production of journalistic content, not its dissemination or distribution.

Christopher Buschow is a postdoctoral research assistant at the Department of Journalism and Communication Research (IJK), Hanover University of Music, Drama and Media (Germany). His research and teaching are focused on Entrepreneurship in Media Industries. You can follow him on Twitter @chrias.