How One Newspaper Launched an Online Rap Show To Boost Sales 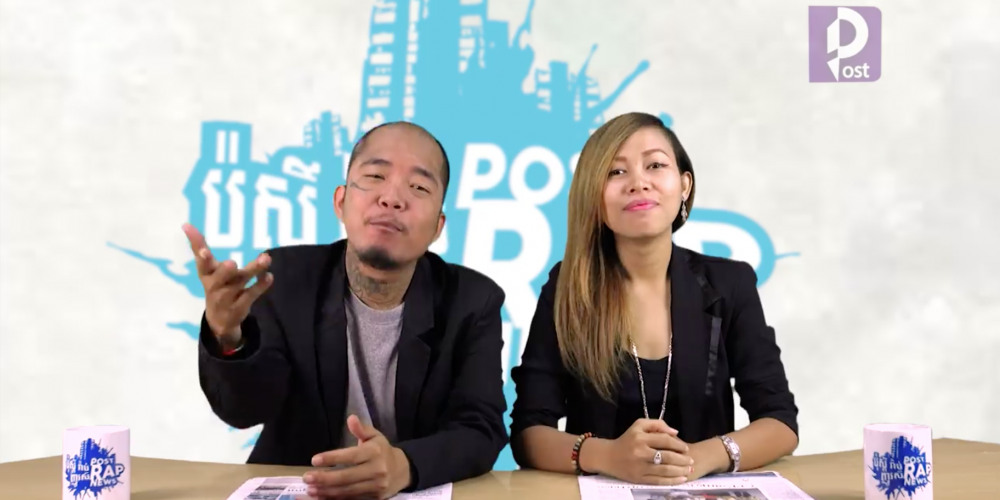 A version of this piece originally appeared at The Splice Newsroom.

"We could see the increasing popularity of rap among young people, and felt it was a different way of engaging the young people with reading the news.” -- Koam Chanrasmey, The Phnom Penh Post

Koam Chanrasmey, the 28-year-old head of the newspaper’s video department, searched for inspiration. He found it in online clips of newscasters rapping the news in countries like Uganda and Senegal, but felt the approach had to be carefully considered before it could be introduced to conservative Cambodia.

“Rap is not Cambodian culture, it’s African-American culture,” he says. “But we could see the increasing popularity of rap among young people, and felt it was a different way of engaging the young people with reading the news.”

“We took that idea and [decided] let’s see what we can do in Cambodia to fit the Cambodian audience.”

The Phnom Penh Post has distinct English- and Khmer-language editions, with the latter known as Post Khmer. This is also reflected in their respective social media channels. The first clip, rapped entirely in Khmer, was posted on the Post Khmer Facebook in March to a generally warm reception from its followers.

Some anonymous users reacted with negative comments, accusing the rap news presenters of “destroying Cambodian culture.” But Chanrasmey tells Splice that the team values the positive comments, which ranged from “I never thought Cambodians could do this kind of thing” to “I never consume the news except for this; I like listening and dancing to the music.”

The online rap news show had gained about two million total views, with the highest to date surpassing 200,000 for an episode focusing on the bizarre case of an immigration police officer who staged a fall in front of a barely moving car. He was dubbed the ‘Poipet flopper’ by local media and earned the ridicule of Facebook users.

But despite also drawing a spike in social media followers, the experiment in news delivery went on hiatus in September. One of five shows produced by the Post video team, the rap news series failed to attract an advertiser, while others have achieved financial viability—the travel, food and ‘Who is Who’ interview segments all have regular or semi-regular sponsors.

Episodes are time-intensive to produce: over the course of a week a composer creates original backing music, editors choose the stories, and the rapper duo creates rhymes to match. By Saturday morning, shooting is underway and editing follows in the afternoon.

Every element is carefully considered, according to Chanrasmey, from the time of posting—“normally we get more views at noon time”—to the thumbnail that accompanies the videos, in an attempt to draw in an audience aged 22 to 35.

“We want to have both female and male [viewers], but we ended up having majority men, like 95% men,” he laments.

But while Chanrasmey says the video team aims to “engage young people to look at quality news and help them to shape their future,” politics has been off limits.

Cambodia’s authoritarian Prime Minister Hun Sen has been in power for more than three decades. A government crackdown ahead of elections in July has seen the country’s opposition leader, Kem Sokha, jailed on treason charges, his political party forcibly disbanded and most of the opposition’s senior leaders flee abroad. The media has not escaped unscathed: the independent Cambodia Daily newspaper was closed down in September, while U.S.-funded radio broadcasters Radio Free Asia and Voice of America have been forced off the airwaves.

The focus of rap news, then, has been on topics such as international news, business, entertainment and crime. And while Chamrasmey hopes to revive the segments, any relaunch would have to navigate a tense political environment.

“We don’t want those kinds of feelings around the stories. We think we have another purpose, to provide positive news.”

Holly Robertson is a freelance journalist based in Cambodia and an editor for The Splice Newsroom. Her work has been published by The Washington Post, Guardian, BBC, Columbia Journalism Review and VICE, among others.