Another One Bites the Dust: Can Independent Web Journalism Survive? 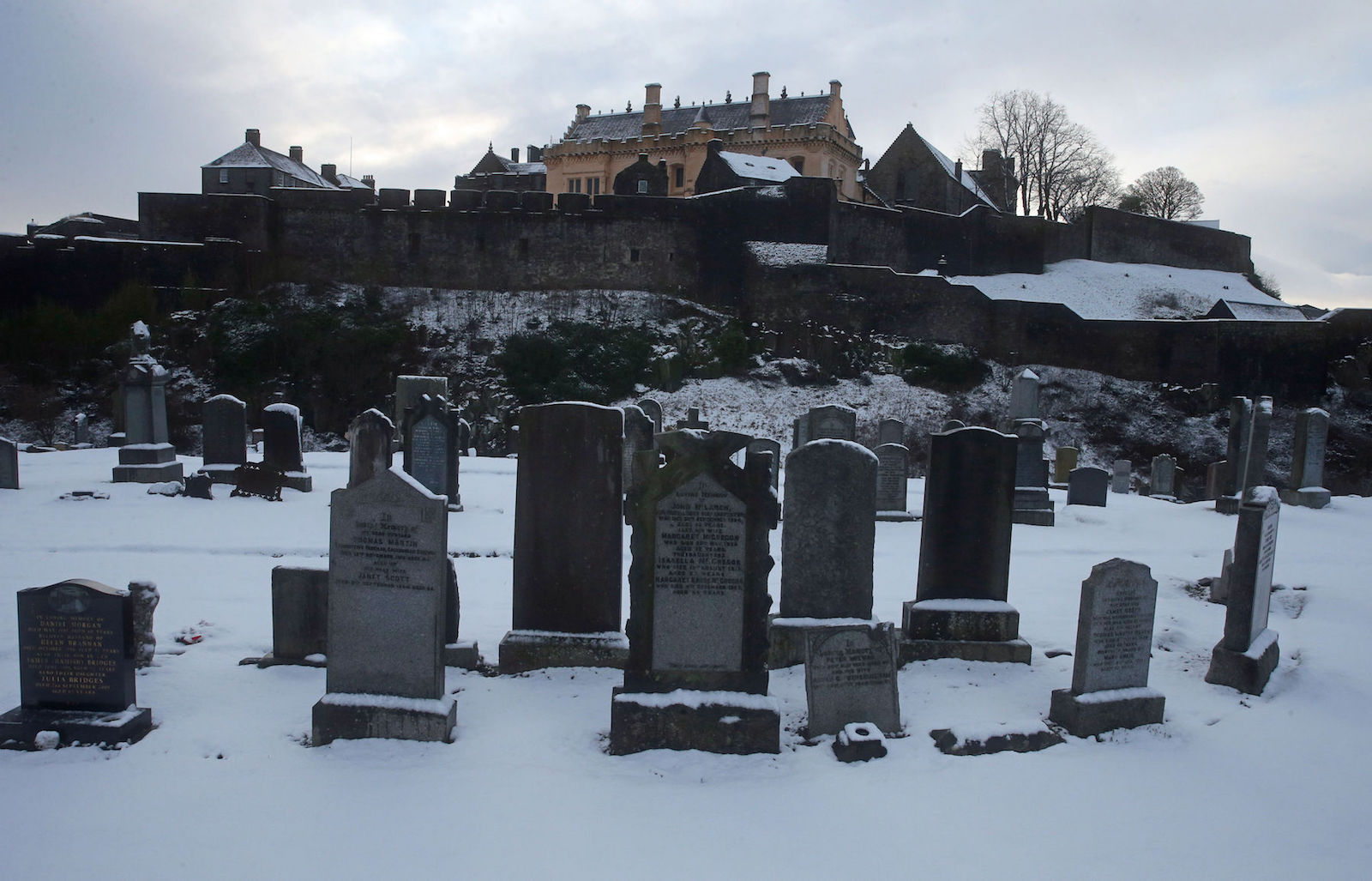 Are we seeing the end of financially independent, free-spirited  journalism on the web?

The signs point to an answer that’s not encouraging. Independent publications, large and small, are struggling or shuttering. Legacy publications, too, are contracting. There are a few standout successes, and there’s still a path for the would-be journalistic entrepreneur – but that path is narrowing.

"The solo blogger or small team can still make a go of it, if they stay as focused on the business aspects as the editorial mission."

Examples of the struggles abound. The Awl, beloved by a passionate core audience for what its editor called its “uncompromising” and “intelligent” take on the news, is dead. DNAInfo and Gothamist, two digital-first pillars of independent local news, were shuttered late last year after their staffs unionized because, said CEO Joe Rickets, they were not financially sustainable.

Larger independents are showing strains, as well. BuzzFeed is reportedly struggling with revenues, Mashable was acquired at a “fire sale” price. Gawker, that icon of independent, snarky and profitable journalism, was, as previously noted here, decimated by a lawsuit financed by deep pocketed investor Peter Thiel. Some of Gawker Media’s blogs are now owned by Univision.

Josh Marshall of Talking Points Memo, a political blog he formed in 2000, confirmed what I’ve heard for months from publishers looking for outside investment: It’s a lot tighter than a few years ago. “Investors realize they were investing in a mirage and don’t want to invest any more,” Marshall wrote in a column titled: “There’s A Digital Media Crash, But No One Will Say It.”

You could be correct in thinking it’s the end of an era: that independent, open-ended, free-wheeling, blogging style journalism that was once a staple of the web is coming to an end; that the best end game for independents, from Buzzfeed on down, is, like Mashable, try to be acquired, as Business Insider succeeded in doing after years of up-and-down profitability, and Complex Media did via Verizon and Hearst.

Dreams that the internet would herald a new era of opportunity for journalists and those aspiring to the profession may be withering as well. Even at self-sustaining independent news organizations, journalists feel they need to unionize to ensure work practices and compensation under which they can live. After months of negotiation and an hour-long “Slack strike”, the management of Vox Media in January recognized the staff’s right to form a union. CEO Jim Bankoff wrote that hiring will slow in 2018 and that some projects will be scaled back. At Vice, a majority of the content creators unionized last fall.

Amazon, Apple, Facebook and Google all dwarf what were once the most powerful mainstream media organizations (Recode image edited by DCN CEO Jason Kint, from his Twitter feed)

The HuffingtonPost, once a trend setter and now part of Verizon, has shut down its blogger network of about 100,000 contributors. There are, editor in chief Lydia Polgreen wrote, too many voices on the Internet.

Meanwhile, it may be harder than ever for newcomers to break through. Facebook has choked the traffic spigot with Newsfeed algorithm changes, so it may be back to the days of milking Google’s search algorithm for what amounts to transient, disloyal visitors. With net neutrality in abeyance, smaller entrants may have fewer means to compete for attention from the people they’re trying to reach.

At many of the more mainstream legacy news organizations, the outlook is also discouraging. In that sector, the pace of layoffs and downsizing “seems to be picking up speed,” the Columbia Journalism Review said on Feb. 1.

Top management at the LA Times has, again, been reshuffled. Digital First Media, parent of multiple local newspapers such as the Orange County Register and Los Angeles Daily News, expects “significant layoffs” in coming months, as does The Oregonian.

CJR reports that Foreign Policy magazine is shutting its foreign bureaux (yes, you read that correctly), and that the Charleston Gazette-Mail in West Virginia has filed for Chapter 11.

As in decades past, it’s once again the financially sound, entrenched players today, who have the upper hand, though the names changed. Amazon, Apple, Facebook and Google all dwarf Disney, Time Warner and any U.S. newspaper.

There Are Successes — of a Type

You could at this point be forgiven for sensing a certain amount of dissonance. If you’re reading this, after all, you’re reading a column from a financially self-sustaining, independent news organization.

And you may enjoy favorite news and opinion blogs, certain writers on Medium, posts from your favorite writers on your favorite platforms. There’s plenty of news and information to consume, from both the mainstream and independent outlets.

Therein lies the rub. It is still possible for independent journalists and news organizations to make a go of it, and perhaps become financially self-sustaining.

A very few — the New York Times comes to mind —  have the standing and resources to fight giant legal cases, sustain losses for years, bolster subscriptions and turn to profitability even after years of losses. The venerable Washington Post seems to have turned to profitability after Jeff Bezos used a fraction of his billions to buy it and applied his acumen to give it new life.

Others, like the publication you’re currently reading, are much more niche, and much smaller. Some niche players, notably at the Verticals Collective, a group of subject-focused media publishers with which I’m affiliated, are financially self-sustaining and growing. Usually, they’re in the range of a handful to dozens of employees, and cover particular niches particularly well, such as ad tech, lawyer gossip, the business of senior living, a fashion niche, travel, food, and so on.

Some other publishers — there are a few I’m aware of but confidentiality agreements prevent me from saying which — make money, but not enough to fully support the person or people working on them.

Among them is a political newsletter that has a half-dozen volunteers working for it. The owner makes a living with a day job, managing finance for not-for-profits. Another publisher earns five figures in a travel niche, but consults and does web work to help make ends meet. Yet another gives people information on coupons, and after good growth in the first year is now looking for a job because he seems to have reached the limit of what Google will give him in traffic or ad revenue. Growth has stalled, as so often seems to be the case today.

Other people I know with financially successful text-first publications run them purely for profit and are less concerned with journalistic quality than with traffic and serving ads. They spend their time on coding, SEO, and on optimizing for ad revenue. It’s a constant cat-and-mouse game, in which they sometimes shutter one site that’s not growing and open another, simply to get growth, serve more ads, and maintain a livable income.

Writing And Opinions Can Thrive (But Will There Be Money?)

Still, there’s nothing keeping anyone from blogging, writing, covering a neighborhood or their passion or politics — especially if they don’t need to earn a living from their efforts.

The region I live in features dozens of blogs and websites covering local scenes, some boisterous, others boosterish, and some downright grumpy about how New York City is evolving. It’s obvious that many of them are run on a frayed shoestring, if they can even be said to be “run” at all. Commitment to a cause or a community may mean that it’s not necessary to earn a living from the journalism produced.

As Polgreen wrote, a multiplicity of ideas does still reign, and there’s no reason someone can’t produce any media they want — at least as long as they don’t come up against someone with much deeper pockets who wants to sue them out of existence.

The solo blogger or small team can still make a go of it, if they stay as focused on the business aspects as the editorial mission. They must learn to turn the financial knobs and levers to reach the right combination of revenue types — from advertising, subscription and memberships, to events, eCommerce, and perhaps grants from foundations, or support from those who are ideologically or commercially aligned.

They need to keep the end game in sight, whether it’s to get acquired by one of those looking for acquisitions, or to achieve financial self-sustainability. Those with the drive and the moxie can still get something going, and create a way to become self-supporting over time.