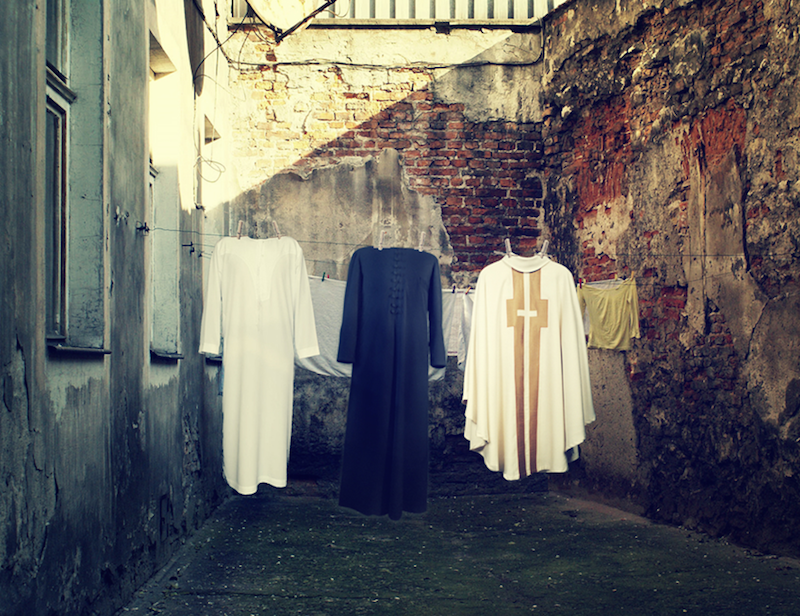 Reporting on political polarization around the globe is a challenge for any journalist: by definition, these trends cross borders and encompass more than any one nation’s politics. But a recent experiment in journalistic collaboration connected freelance reporters across Europe to take on that challenge together.

“Don’t be scared of people taking away your ideas...This only became beautiful by people trusting each other and trying to having the best interests [at heart for] all the stories.” -Felix Franz

Launched in March of last year, the Agora Project created a temporary digital newsroom comprised of 10 freelance journalists from Portugal to Greece tasked with covering political polarization across Europe. The goal, members said, was cross-border collaboration and leveraging local insights and expertise to craft stories of international significance. The project was created on and hosted by the Germany-based worldwide collaboration service Hostwriter, which helps freelance writers network around the world.

The stories covered a range of important topics sweeping across Europe, including how religion is used to divide people in what used to be Yugoslavia; how populism is changing Portugal; where automation meets the European manual labor workforce; immigration reform in Italy; and how European media combat sensationalism.

Editors who oversaw the collaboration said they learned how important freelance journalists are as the industry continues to try and find footing in the digital age. The project’s competitive — but still collaborative — atmosphere made for dynamic reporting, allowing reporters to tell dense political stories collectively by combining their own unique perspectives.

The project was the brainchild of Felix Franz, Abhishek Chauhan and Vanuhi Shushanyan, who pitched the idea during an open call for proposals from Advocate Europe, an annual idea challenge for European initiatives. The challenge was created by MitOst and Liquid Democracy, and funded by Stiftung Mercator to support collaboration across Europe.

Franz, one of the editors-in-chief for the project and a project manager at Hostwriter, said he received roughly 200 story pitches from journalists looking to join the team, which made for a tough selection process. What they looked for in those pitches, Franz said, was the quality of the story pitches, the stories’ collaborative potential and whether or not the pitches followed the thread of polarization across Europe.

“We think that people stopped talking to each other, stopped exchanging ideas, and it’s only about winning and not about communicating with each other,” he said. “We want to get a larger example of how collaborative journalism can be democratized and pluralized and to show people this is what you can do through collaborating.”

Franz worked as the project manager and was based at Hostwriter, a collaborative media network that connects journalists around the world to facilitate collaboration. That might mean sharing information, getting feedback or even finding a couch to sleep on while reporting.

“The Agora stories are mostly features that speak to the everyday stories of everyday people and show the international relevance of the everyday,” Cremin said. “They’re very different stories to breaking news or political stories that you’d get from major outlets in major cities, [which are] unlikely to have someone on the ground in a regional area for long enough to know the ins and outs of stories that quietly bubble away outside the world capitals.”

At the end of March, everyone gathered in Armenia for a kickoff workshop with the goal of building relationships and trust, Franz said. The reporters pitched story ideas to the group and brainstormed, sharing experiences and perspectives from their respective countries.

“On the trust issue, we always tell people make sure that it’s a win-win situation, it’s clear that nobody just gives without getting anything,” Franz said. “Everybody is supposed to become better by the help of the nine other participants plus us three from the organizing team.”

With a July publication deadline, the team returned to their countries to report and met in virtual newsrooms via Slack and Skype. Project leaders in Armenia, Berlin and Sydney were constantly talking to each other and the reporters to keep things moving.

Who made it work

The reporters covered stories across a spectrum of issues including immigration, citizenship, populism, automation and media. In Serbia, Stefan Janjić spoke to young men about the role of religion in an area of recent upheaval. Cȧtia Bruno reported on how working-class communities in Portugal cling to history in the face of increasing populism across Europe. Daniela Sala went to Sweden to speak to asylum seekers stuck in the system with no clear options. And Sissy Gkournelou looked at issues of trust in the media in Greece and Germany.

Bruno said it was the uniqueness of the Agora Project’s setup that allowed her to report more closely on her own country of Portugal. For the project, she explored why Portugal seemed unscathed by the big populist movements that swept other European countries over recent years.

“Portuguese media are still facing harsh times, partly due to the media crisis and the country’s financial crisis, so it is unlikely they would spend time and money reporting on different parts of the country for a single article,” she said.

Janjić reported on young religious leaders in the countries of former Yugoslavia, where atheism went hand in hand with communism. In his work, he explored what motivated young men from the Balkans to become priests and their visions for the region’s future.

Janjić said it was the collaboration aspect that made his reporting for Agora unique.

“This type of cooperation helped me not only to explore my topic, but also my own possibilities,” he said. “A journalist can always reach for Google, but only cooperation with his colleagues from abroad allows him to fully understand the context of another country, another society.”

Though it wasn’t in the budget, the team eventually wanted to meet up again in person. Through one of the team members, they found a farm in Sweden where they could meet and work together in exchange for manual labor.

When they were done reporting, participants pitched stories to their respective local news outlets, working to place them in their native languages. By the fall of 2017, the project published English versions of the stories on the Agora website along with observations from each participant on how the collaboration worked for them. The journalists also saw their work picked up by major news outlets across Europe, including Süddeutsche Zeitung, Huffington Post Greece, Le Courrier Des Balkans, and Il Dubbio.

By the project’s end, Franz said it was obvious the work had an impact on the participating journalists.

“The feedback from the participants was just so wonderful and we really had a good community,” Franz said. “Two of the participants told me ‘That was the most important journalistic experience I’ve ever had.’ And then you tear up, and you’re like ‘Okay, this was worth it.’”

Members of the team said the Agora Project shed light on what is working right now in journalism, and according Cremin, freelancing is the way. She said spending time with the project participants reinforced how tenacious freelance reporters could be, and why she thinks freelancing is only going to grow in value for the future of journalism.

“I think relying on freelancers is a good thing provided we survive the transition period,” she said. “We need to support and educate freelancers…if we want a strong media.”

Trust is the key

It is not yet clear whether the Agora Project will have a round two. If it does, Franz said, the goal would be to expand beyond Europe. But the funding requirements for such a project makes it a significant hurdle. For now, the team is taking a breather and focusing on other projects.

For others interested in attempting a collaborative project, Franz had one piece of advice: Don’t be selfish.

“Don’t be scared of people taking away your ideas,” he said. “If you’re constantly scared somebody will steal your piece of the pie, or get a bigger piece of the pie, then this is not for you. This only became beautiful by people trusting each other and trying to having the best interests [at heart for] all the stories.”

Phil Corso is an editor, educator and journalist from Brooklyn, NY. He has worked with outlets including the New York Post, New York Daily News, amNY, Westchester Magazine and more. He’s also worked as a professor of journalism at Queens College and advised journalism students at Purchase College, his alma mater.