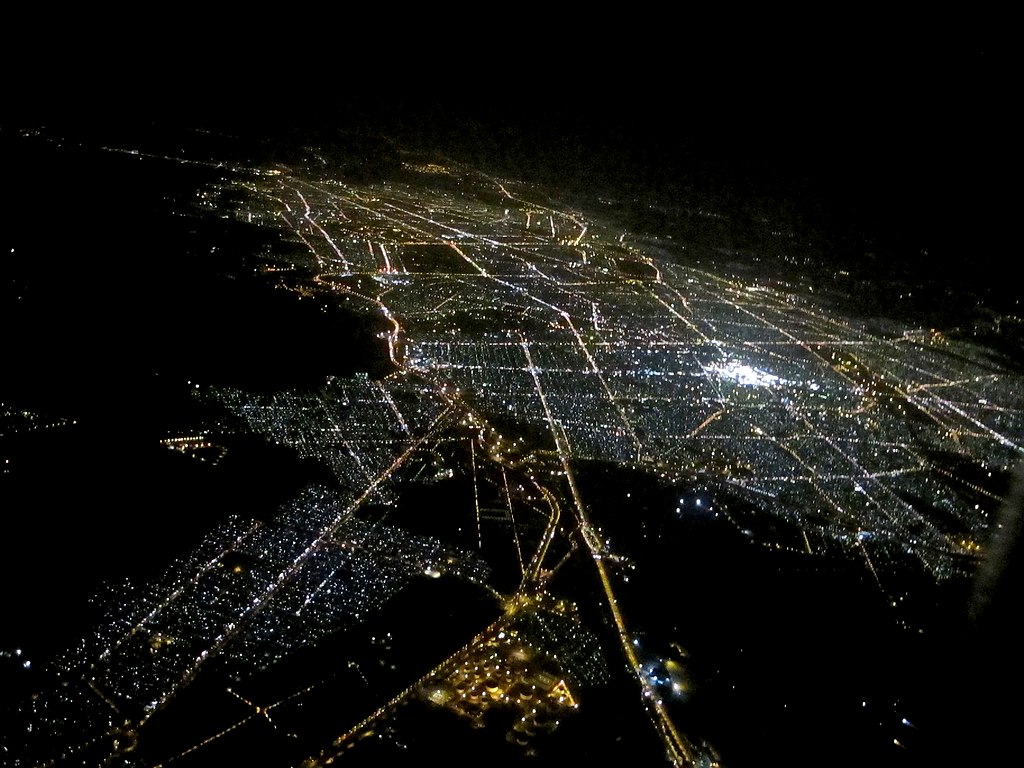 Amid the powerful wave of public protests that have taken place across Iran over the past week, authorities have taken firm measures to clamp down on communication and information-sharing over platforms like Telegram and Instagram.

"This [social media blocking] is a serious move in Iran, where other large-scale platforms like Facebook and Twitter have been blocked since the 2009 Green Movement protests."

On January 2, sources who work at Iran’s internet exchange point told the Center for Human Rights in Iran that the government ordered them to disrupt access to international traffic. This means that international data cannot be accessed at certain periods in Iran.

These and other restrictions have been on the rise since December 28, when protests broke out in the northeastern city of Mashhad over unemployment, rising food prices, and charges of wrongdoing directed at both reformist and conservative government leaders. The demonstrations spread to smaller towns and major cities by December 29.

On December 31, the Islamic Republic of Iran Broadcasting service announced that authorities had “temporarily” suspended Telegram and Instagram “to preserve the peace and security of citizens.” This is a serious move in Iran, where other large-scale platforms like Facebook and Twitter have been blocked since the 2009 Green Movement protests.

The blocking of Telegram has had especially severe consequences, as the mobile messaging app has become ubiquitous among the country’s users. Of the 45 million Iranians who are online, 40 million use Telegram for everything from staying in touch with family and friends, to reading and sharing news, to keeping up on public events—including protests. The effects of this type of censorship are far-reaching. As protests have turned violent in some cities—state media have reported that 21 people have been killed in the clashes—open communication channels become increasingly important to maintaining public safety.

Digital censorship circumvention tools have been faltering as well, due to what appear to be restrictions on their websites. Internet infrastructure companies like Digital Ocean, which hosts circumvention tools such as Lantern, have also experienced disruptions.

Despite these restrictions, Iranians are still using the internet to report and document what they’re experiencing. In a video attributed to Bandar Abbas, protesters set fire to a billboard with the image of Iran’s Supreme Leader, Ali Khamanei. Global Voices author and immigration lawyer Hamid Yazdan Panah described this as “an act of rage and defiance that goes beyond the price of eggs or the desire for political reform.”

On December 30, authorities in the Democratic Republic of Congo ordered telecommunications providers to block internet access and SMS messaging ahead of protests that took place in multiple cities on the following day. Demonstrators, many of whom were organized within church groups, are demanding that DRC president Joseph Kabila end his bid to change constitutional term limits on the presidency.

Personal data for sale in India, thanks to Aadhaar

Photo by Ole Holbech on Flickr and used with Creative Commons licence.

In an attempt to investigate the security of personal data stored within Aadhaar, India’s massive national ID system, reporters at the Tribune of India were able to gain “unrestricted access to details for any of the more than 1 billion Aadhaar numbers created in India thus far,” simply by responding to an advertisement circulated via WhatsApp and paying the anonymous poster 500 rupees (about USD $7.90). India’s Unique Identification Authority (UIDAI) says the Tribune “misreported” the story. Read the Tribune’s response here.

The Federal Cabinet of Pakistan approved an amendment to the country’s 2016 Prevention of Electronic Crimes Act, extending the law to address expressions of blasphemy and pornography on the internet. These will now be categorized as criminal offenses under the law, and could pave the way for criminal charges against anyone who posts social media content that could be interpreted as blasphemous.

Spying on us? Not so fast, says German court

On December 13, 2017, the Federal Administrative Court in Leipzig, Germany ruled in favor of a complaint filed by Reporters Without Borders against Germany’s foreign intelligence agency, BND. The decision stipulates that the BND may not store metadata, such as phone numbers and the time and date of a call, for international calls, for the purposes of intelligence analysis. This should have a big impact on BND, which, thanks to a series of documents leaked to Zeit Online in 2015, collects an average of 220 billion pieces of metadata each day.

Can 7500 people really manage all the hate speech on Facebook?

The Facebook “thumbs up” or “like” gesture is seen reflected in a pair of sunglasses on November 3, 2017. (Photo by Jaap Arriens/NurPhoto via Getty Images)

After reviewing 900 crowdsourced examples of hate speech on Facebook, investigative journalism outlet ProPublica found that nearly two dozen hateful posts were not removed by Facebook, despite users’ efforts to report them. ProPublica also reported that Facebook employs roughly 7500 people to review reports of hate speech, for an estimated 2.2 billion active users around the world. The report explained:

In 22 cases, Facebook said its reviewers had made a mistake. In 19, it defended the rulings. In six cases, Facebook said the content did violate its rules but its reviewers had not actually judged it one way or the other because users had not flagged it correctly, or the author had deleted it. In the other two cases, it said it didn’t have enough information to respond.

The start of 2018 marks the start of full enforcement of Germany’s controversial Netzwerkdurchsetzungsgesetz anti-hate speech law, called the NetzDG for short. Under the law, social media companies must respond to government requests to remove illegal content—including hate speech and so-called “fake news”—within 24 hours of receipt. Companies will have up to seven days to consider the removal of more ambiguous material. Facebook, Twitter and Google/YouTube will be the primary focus for the law’s implementation.